WPT WOC: WPT WOC: Preben Stokkan Bags Biggest in Day 1b of the $500K GTD Weekender Ahead of Tonight’s Final

Ahead of another epic Sunday in the WPT World Online Championships, four more winners emerged as the second of three starting flights in the Weekender events also took place last night. One Brit, two Brazilians and a German all nabbed themselves a title each, padding out their respective bankrolls with a ton of tournaments to choose from, should they decide to play their rush today.

At 6:05 pm (BST), 248 players sat down to play the first WPT events of the evening. With a slow structure and scheduled to complete in one day, the Main event took more than nine hours to reach a conclusion. Outlasting all the opposition was Paul Lee of the UK, who won himself $11,525 after taking out runner up Edgar Mock at the end. The German banked $7,615 for his second-place result. 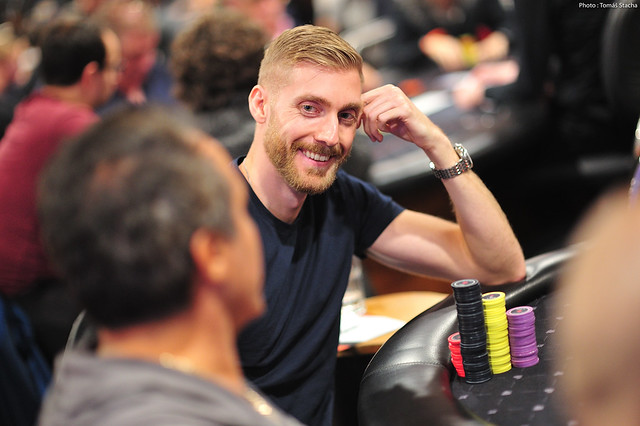 Štefan Mital bubbled a final table seat, taking $1,325 for 8th place. He joined some very accomplished players on the sidelines, with Gary Thompson (13th) and Paul Höfer (17th) winning $525 each. Duff Charette sneaked into the money in 30th place, while Manig Loeser bubbled in 31st place, missing out on the $460 min-cash.

There were a bunch of notables also in the 1,185-strong field, with Frank Lillis (7th, $555) and Rising Star Leaderboard contender Andres Ojeda (8th, $425) also running deep, with 168 places paid in total.

Jan Focken ($1,440 + $1,124) banked a win for Germany after he survived a 934-strong field. The last player standing in his way was Alexey Vorobyev ($1,438 + $162), but the Russian couldn’t quite go the distance, having to settle for runner up. Focken’s bounties made all the difference as he was the only player to win a four-figure sum after eliminating 10 opponents, as well as winning his own bounty once the deal was sealed.

Almost four times as many entries were counted in last night’s Day 1b flight, with 204 players putting $204,000 into the prize pool. A host of big names logged in to their accounts yesterday and some of them had a very successful night of it too, with Preben Stokkan accumulating the most chips. The Norwegian, who is playing from the UK, turned 100,000 into 1,593,418 and collected $1,937 for eliminating seven opponents. 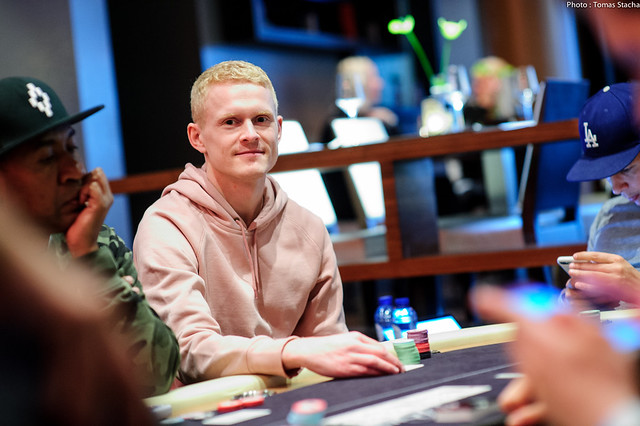 They come back tonight at 7:05 pm and will join the six who progressed via Day 1a. Play will resume at Level 19 with blinds of 7,000/14,000 1,750 ante. Before that though, is Day 1c – a turbo flight taking place at 4:05 pm. This is your last chance to take part! With $256,000 in the prize pool so far, the potential value is immense with almost a quarter of a million dollars needed to reach the guarantee.

Anyone who plays on partypoker.com tonight will be spoilt for choice with a plethora of WPT events to choose from. Buy-ins range from $11 all the way up to $10,300 too, so there is something for everyone.

The highlight of the entire festival – the WPT Main Event Championship – takes place tonight, with Day 1b continuing this historic event. The prize pool is an incredible $10 million guaranteed and if the full buy-in seems a little steep for your budget, there are plenty of satellites and feeders running in the lead up to the 7 pm kick-off. 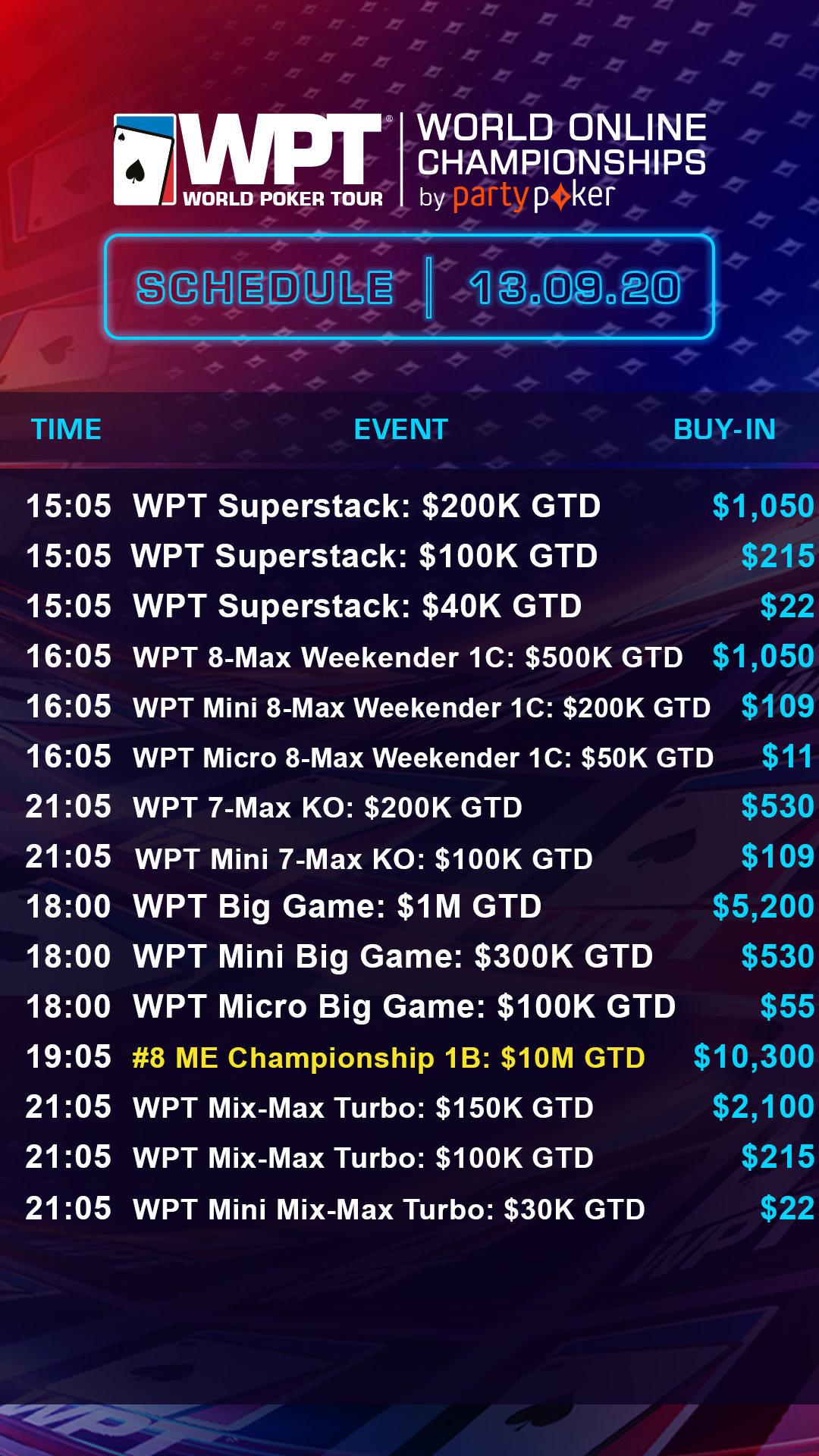