The first No Limit Holdem events got out of the starting blocks last night, with NLH 8-Max week, well and truly underway now – the Warm Up events opening a week-long schedule of events.

Tonight, the first Mike Sexton WPT Champion’s Cup event gets started, with Day 1a of the $3,200 8-Max Championship kicking off at 7pm!

There were 168 entries in last night’s flight and there is still plenty of value to be had for anyone who wants to play tonight, with half a million guaranteed in the prize pool.

Over the course of six hours and 40 minutes, 18 levels were played and by the time the clock paused, there were just 21 left. They all return at 6pm on Monday, August 2. Leading the way is Victor Begara after the Brazilian accumulated 1,686,724 million. He is trailed by Sosia Jiang (1,589,883) who sits in second on New Zealand’s all-time money list. 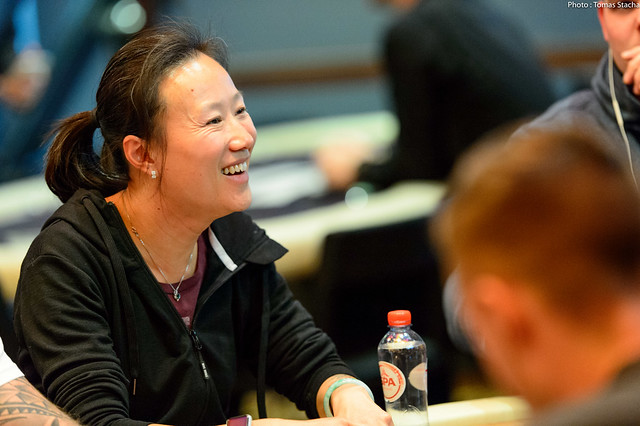 It wasn’t good news all round, with many famous names biting the dust before the end. For those who haven’t already, they will need to make use of the single re-entry allowed per event and jump back in the game tonight. Jareth East (30th), Thomas Muehloecker (31st), Christian Rudolph (50th), Elio Fox and Sami Kelopuro were among those who failed to make the grade.

Another 18 15-minute levels will be on the clock tonight when Day 1b, the second and final starting flight, starts at 7pm. 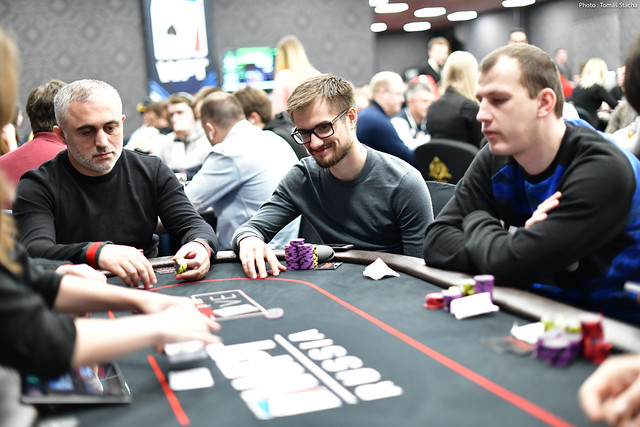 There were 1,265 entries in total yesterday evening but there is still a great amount of equity in the prize pool for those of you considering playing this evening when the last chance to play presents itself.

Mark Wackrill has set the standard and is the player to catch with 2,110,746 bagged at the end. Wackrill was the only player to acquire more than 2 million in chips but second and third place stacks Gurjit Kooner (1,756,291) and Oleksii Panchenko (1,694,447) didn’t fare too badly either.

As well as Day 1b of the Warm Up events, the first NLH Sexton Cup events kicks off with Day 1a of the Main Event beginning tonight! The Championship event has a huge $3 million guarantee and there are Mega Sats running throughout the day. There are Mega Sats for the Warm Up tournaments as well, giving you loads of reasons to log on to partypoker and play today! 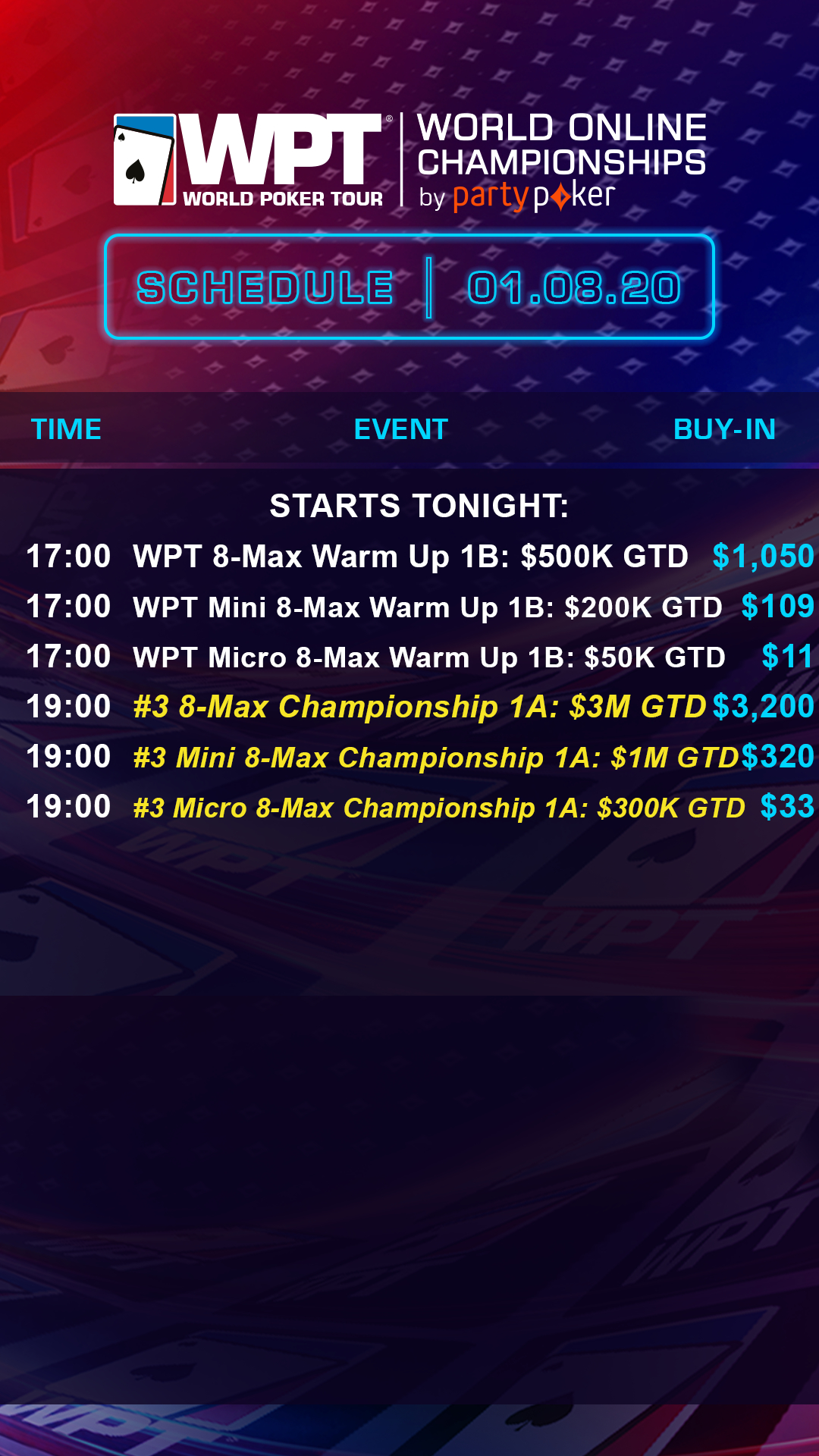