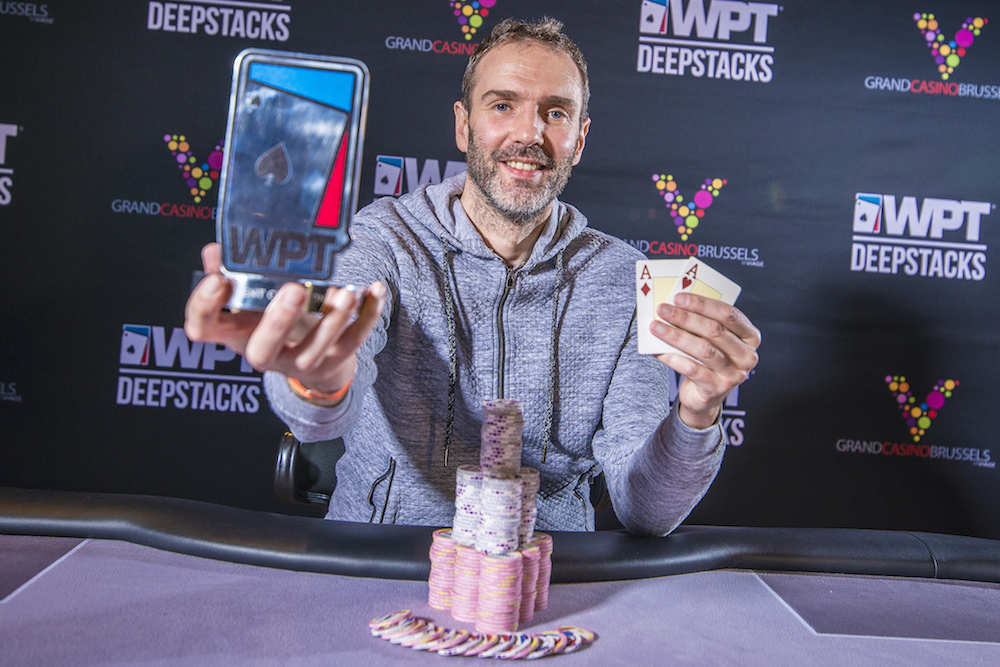 When it comes to World Poker Tour events in Europe, Frenchman Laurent Polito (pictured) has been around the block. Prior to the recent WPTDeepStacks Brussels festival, Polito had won four WPT National titles from Europe — Paris twice, Cannes, and Brussels. He also won the PMU.fr WPT National Paris High Roller in November 2015. Needless to say, Polito is one of the most storied players in WPT history.

Now, Polito has a new claim to fame, as he emerged atop the WPTDeepStacks Brussels Main Event field of 400 entries at Grand Casino Brussels VIAGE to earn yet another WPT trophy and €90,000 in first-place prize money.

Following the eliminations of Abecassis in 12th, Frederic Femont in 11th, and Bart Fergiatakis in 10th, the WPTDeepStacks Brussels Main Event final table was set. At this point, Polito was still a bit off the pace with a stack that put him in seventh place amongst the final nine competitors.

To start the final table, Leonardo Armino knocked out Olivier Fehlmann in ninth place and Frederic Leonetti in eighth place. Then it was Sylvain Naets busted by Ramos to finish in seventh and leave Polito as the shortest stack of the final six.

Polito hung around, though, and eventually Jeffrey Jol busted in sixth, as Polito worked his way up the leaderboard and into the top spot heading into the dinner break. After dinner, Polito busted Alain Bauer in fifth and Sgorrano in fourth, before it was Armino who knocked out Ramos in third place.

On the final hand of Ramos’ tournament, his pocket queens ran into the pocket aces of Armino on a jack-high flop to leave him short. Armino then finished Ramos off a couple of hands later with the

Entering heads-up play, Polito was at a chip disadvantage to Armino, who had 6.185 million to Polito’s 5.185 million. Despite the deficit to start, Polito quickly moved to the front and began to widen the gap. Armino did manage to double up once in the duel, but in the end Polito proved too powerful to overcome.

On the final hand, Polito’s

held up triumphantly against the

of Armino, and it was all over. Armino earned €62,600 for his second-place finish.

Deauville Next In Europe for WPTDeepStacks

Next up for the WPTDeepStacks tour in Europe is the PMU.fr WPTDeepStacks Deauville festival taking place December 4-10, 2017, at Casino Barrière de Deauville. The festival features the €1,200 Main Event that runs December 7-10.

For more information on the PMU.fr WPTDeepStacks Deauville series, head to the event’s page on WPT.com.