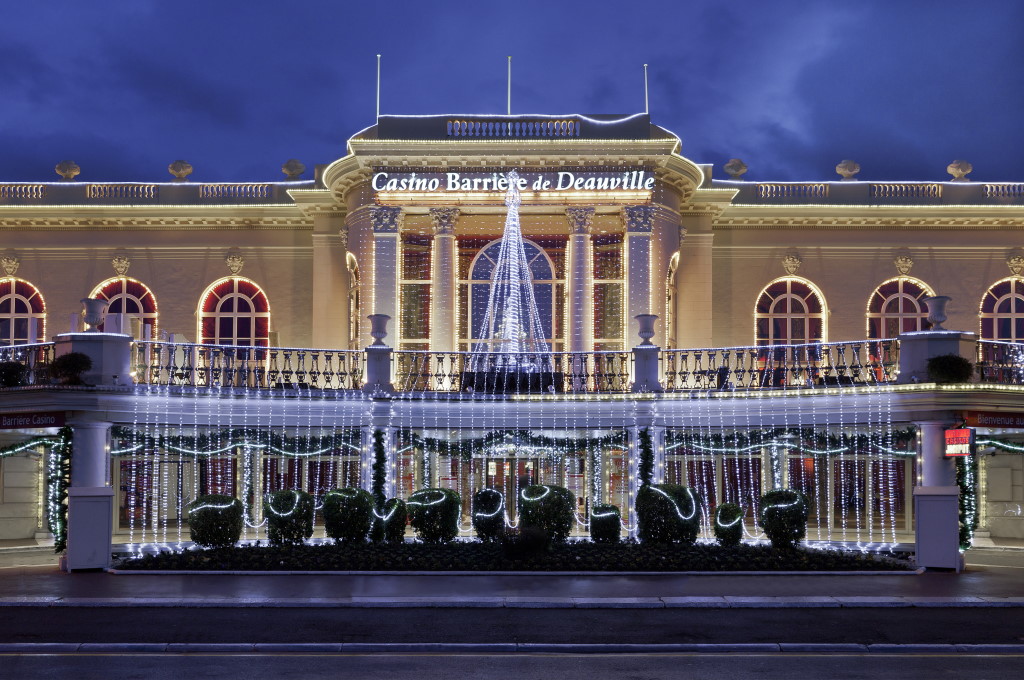 Coming up on December 7, 2017, is the final WPTDeepStacks main event of the year on European soil, with the PMU.fr WPTDeepStacks Deauville €1,200 Main Event. The tournament features three starting flights, 30,000 in starting chips, and a final table that will be live streamed for viewing around the world.

The event kicks off with Day 1a on Thursday, December 7, at 1 p.m. local time from Casino Barrière de Deauville. Day 1b will start on Friday, December 8, at 1 p.m. local time, and both of these first two flights will see players enjoy a player-friendly structure of 45-minute levels with reentry and late registration open for nine levels. Players are allowed one reentry per starting flight.

The tournament’s third and final starting flight, Day 1c, will also take place on Friday, December 8, but this one will begin at 8 p.m. local time and be played with a turbo structure of 20-minute levels.

All of those to advance from the opening flights will return to action at Casino Barrière de Deauville on Saturday, December 9, at 1 p.m. local time.

If the PMU.fr WPTDeepStacks Deauville €1,200 Main Event doesn’t quite work out as planned, there will be a few other great opportunities for you to score big in Deauville and leave the stop with a smile on your face — not to mention a pocket plump full of cash!

Starting at 5 p.m. local time on Saturday, December 9, is the €2,000 High Roller. This event will see players begin with 35,000 in starting chips and play 40-minute levels. Late registration and reentry is open in this event for nine levels and players are allowed one reentry.

Then on Sunday, December 10, the €3,000 6-Max Platinum event takes place. This tournament has a 50,000-chip starting stack and players will enjoy fast-and-furious action across 20-minute levels. There is one reentry allowed per player in this event, with the registration period open for six levels.

2017 WPTDeepStacks European Player of the Year 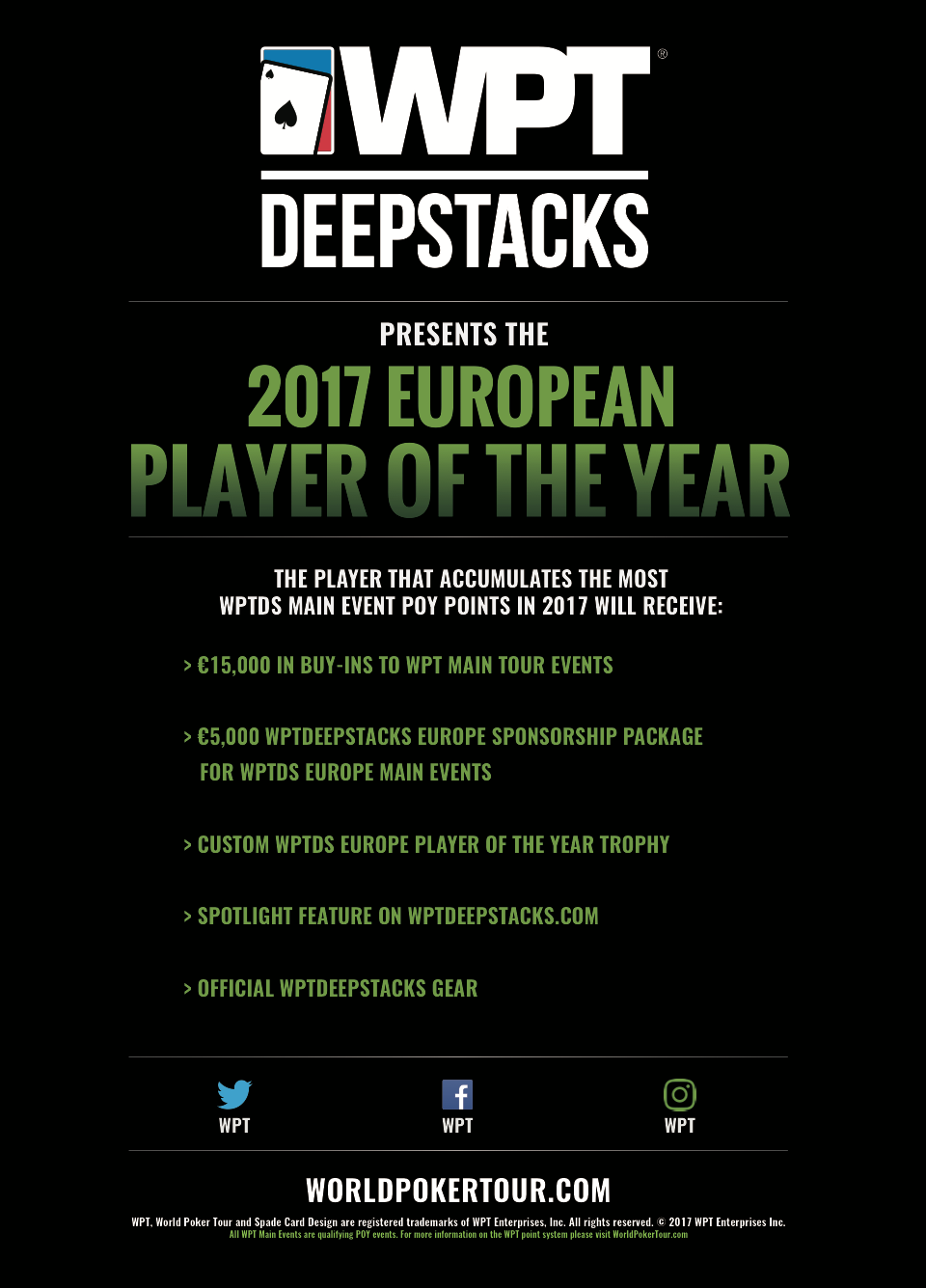 For those looking to head to Deauville from Paris, check out the free shuttle organized by the WPT. The shuttle will depart at 6:30 p.m. local time from Port Maillot on Wednesday, December 12, and those wishing to reserve a spot may contact event manager Maxime Rouison at [email protected]. 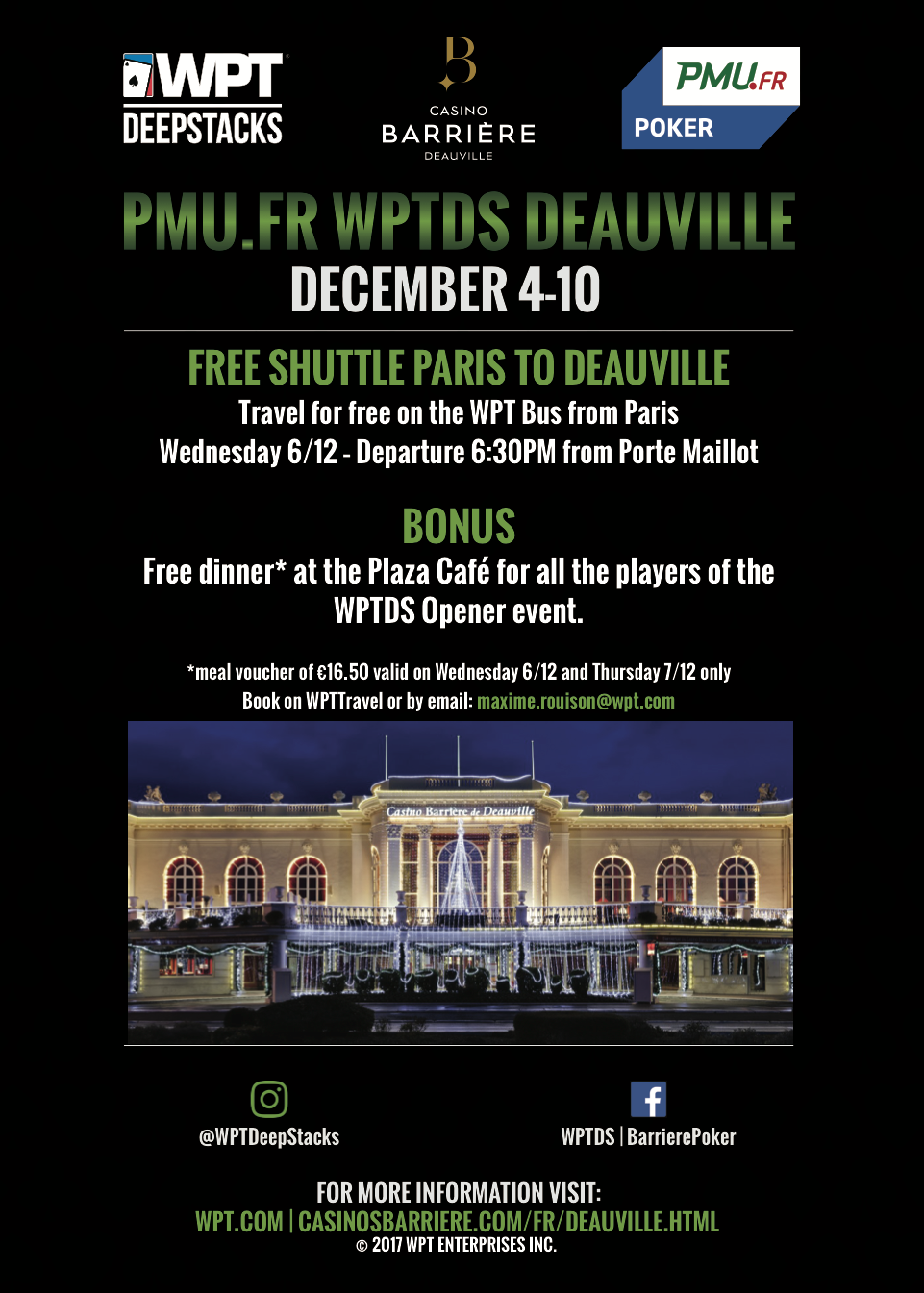 For more information on the PMU.fr WPTDeepStacks Deauville tournament series, check out the event’s hub on WPT.com.