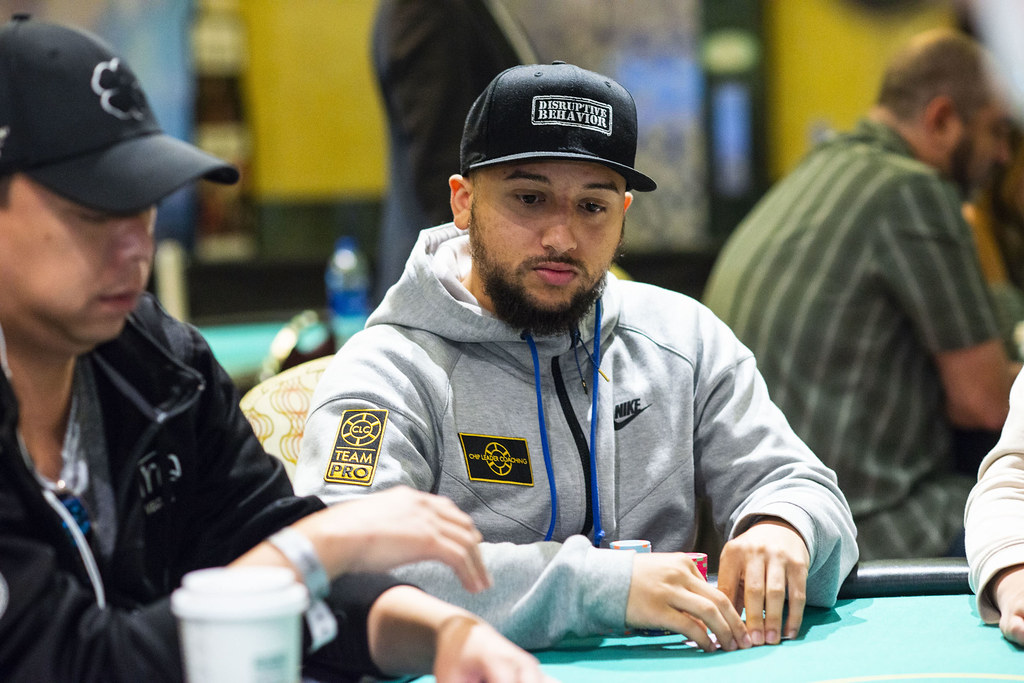 It’s been a good run at Borgata for player and poker coach Ryan Jones (pictured). After finishing fourth in a $1,090 Six Max WPT Borgata preliminary event for $22,024, this circuit grinder from Burlington, N.C., made a deep run in the WPT Championship event Atlantic City as well – taking 17th for $24,695.

For Jones, poker has become more than just a game to play. He teaches others as a coach for Chip Leader Coaching – including Lisa Costello, who also played in the WPT Borgata Poker Open. The site was founded by poker pro Chance Kornuth, and Jones trains players online as they work on their games with hopes of advancing through the program and high stakes.

“I actually got coaching from Chance,” he says. “I’m one of two students that graduated from the program and that he asked to be a coach.”

Jones has even had some live impromptu coaching sessions with Costello, who he says has made great strides as a student.

“Lisa is actually in the middle of graduating from my program and moving up to a bigger contract,” he says. “She’s progressing really well.”

Jones is no stranger to poker success and has more than $1 million in live tournament winnings. That total includes two WSOP Circuit Main Event rings. The first came in 2015 in his home state of North Carolina for $235,804. The second one came in February 2017 for $269,327. He has numerous other final table finishes and big scores.

Poker is basically all Jones knows as a means to make a living. He started waiting tables a bit after high school but found his skill at tables of a different sort a better means to earn a living.

“I’ve been playing without a job for eight years,” he says.

As a resident of North Carolina, Jones’ area experienced some bad weather from Hurricane Florence, but his home and family were okay.

“We’re in the middle of the state, so we just got a bunch of rain,” he says. “There were some power lines down, but no major flooding or anything like that.”

In Atlantic City, his analytical mind for poker brought some dividends. When not playing or coaching, Jones enjoys lifting weights and working out as well as hanging out with family and his dog.

But when Coach Jones is at the table, he does anything but take it easy.