The Women in Poker Hall of Fame announced four inductees on Tuesday. 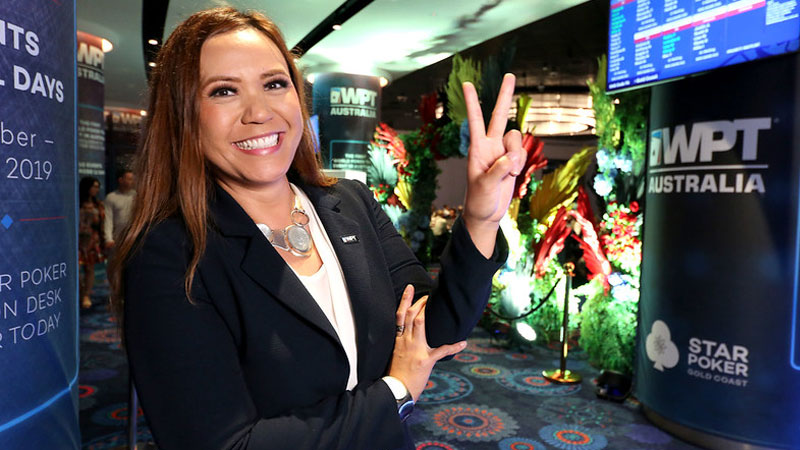 Vanessa Selbst, Jennifer Tilly, Angelica Hael and Terry King are set to be inducted into the Women in Poker Hall of Fame as its class of 2022, which was revealed on Tuesday.

Selbst made her name as one of the most successful tournament players in the world from the moment she broke out in 2006, with her first recorded live cash resulting in a World Series of Poker final table. She went on to win three WSOP gold bracelets and several other major titles on the way to accumulating $11.9 million in career tournament earnings, according to The Hendon Mob.

Tilly, an Academy Award nominee and the 2005 WSOP Ladies Championship gold bracelet winner, has been a regular presence in televised and live-streamed high-stakes cash games. Tilly has over $1 million in lifetime tournament earnings.

I am proud and honored to be inducted into the Women’s Poker Hall of Fame, with these exemplary players. https://t.co/uKxVpYzXxR

Hael, the Vice President of Global Tour Management for the World Poker Tour, has been with WPT for well over a decade. In her position, which oversees major tournaments all over the world, Hael has helped grow the game of poker while driving initiatives to bring more women of the game.

“I want to do more. I want to rally the sisterhood in poker and for all of us to grow this game for women,” Hael said to Tight Poker in October. “Women are literally moving the needle forward in poker, working on all of these initiatives. But we still have a lot to do.”

King, the 1978 WSOP Ladies Championship winner, has had a presence for over 50 years as a player, industry member and historian.

The ceremony is set to take place at the PokerGO Studios in Las Vegas on December 14.

News Matt Clark What Jennifer Tilly, Barry Greenstein and Others Want for Christmas

During a break from the action yesterday at the WPT Doyle Brunson Five Diamond World Poker Classic, the Royal Flush Girls asked several poker players, including Jennifer Tilly, Jeff Madsen, Faraz Jaka and Barry Greenstein, what's at the top of their wish list this Holiday season.

By Jennifer Newell Those who don’t know Jennifer Tilly’s history with poker might assume she began playing around the time she began dating Phil Laak, which was nearly 15 years ago. The truth is that her experiences with the game date back a decade further. A glance at Jennifer Tilly might also lead one to…

WPT’s Raw Deal host and professional poker player Tony Dunst‘s latest Tribune Media syndicated column takes a look at one of his own hands from his deep run at WPT Five Diamond World Poker Classic. The hand occurred on Day 4 with only 18 players left and pitted Dunst against two of the best players left in…