A Look Back: WPT Winners at ARIA 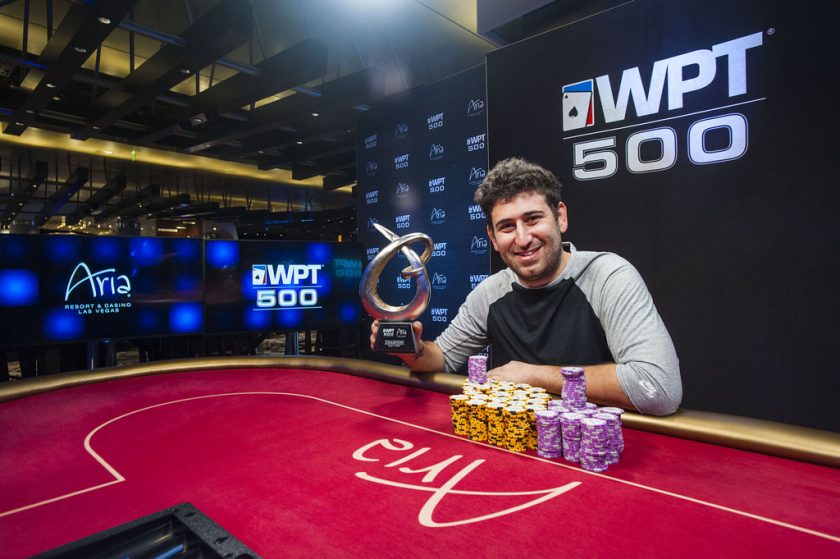 ARIA Resort & Casino opened its doors in 2009 and has become one of the leaders on the Las Vegas poker scene. From big cash games and the Ivey Room to regular high-stakes tournaments, the property has made poker a priority – and that includes the WPT in recent years.

The WPT Bobby Baldwin Classic offers the casino a chance at a major championship on the WPT Main Tour, but it’s new. The resort property has hosted a WPT500 event going back to 2014, though, so having the World Poker Tour atARIA Resort & Casino is no new thing. The next  WPT500 Las Vegas will be held June 25-July 3 and no doubt plenty of poker players in town will be making their way back to the tournament area.

WPT500 Las Vegas is capping a busy couple months at the property that includes the WPT Bobby Baldwin Classic, the WPT Tournament of Champions, and the casino’s ARIA Poker Classic, which runs May 26-July 8. The ARIA Poker Classic offers a range of buy-ins for every size of bankroll and numerous tournaments of differing poker variants.

Here’s a look at the history of the WPT500 events at the Aria.

After a whopping 5,113 entries, Craig Varnell took home the title and $330,000. The tournament experienced major growth from its first year. LearnWPT.com coach Nick Binger finished fourth for $100,000. Varnell, of Fort Collins, Colorado, now has an impressive $1.3 million in tournament winnings, which also includes a third-place finish in the Season XIV WPT Choctaw event for $306,346.

2016: Olympios Wins the Title for Europe

After having the second-lowest chip stack at the final table, Andreas Olympios battled back to claim the top prize of $260,000. A native of Manchester, England, Olympios outlasted a field that featured 3,956 entries. The win remains the biggest cash of his career, but he continues to play regularly throughout Europe and has even cashed in a few other WPT events.

The event attracted 3,541 entries and Jon Borenstein (pictured) came out on top, taking home $230,000. He now has eight cashes on the WPT ($308,000) and $1.2 million in live tournament winnings. A native of Teaneck, New Jersey, Borenstein had another nice finish only about two months later when he finished runner-up in a $350 WPT Borgata preliminary event for $138,000.

For more information regarding the next installment of WPT500 Las Vegas, check out the event hub on WPT.com.