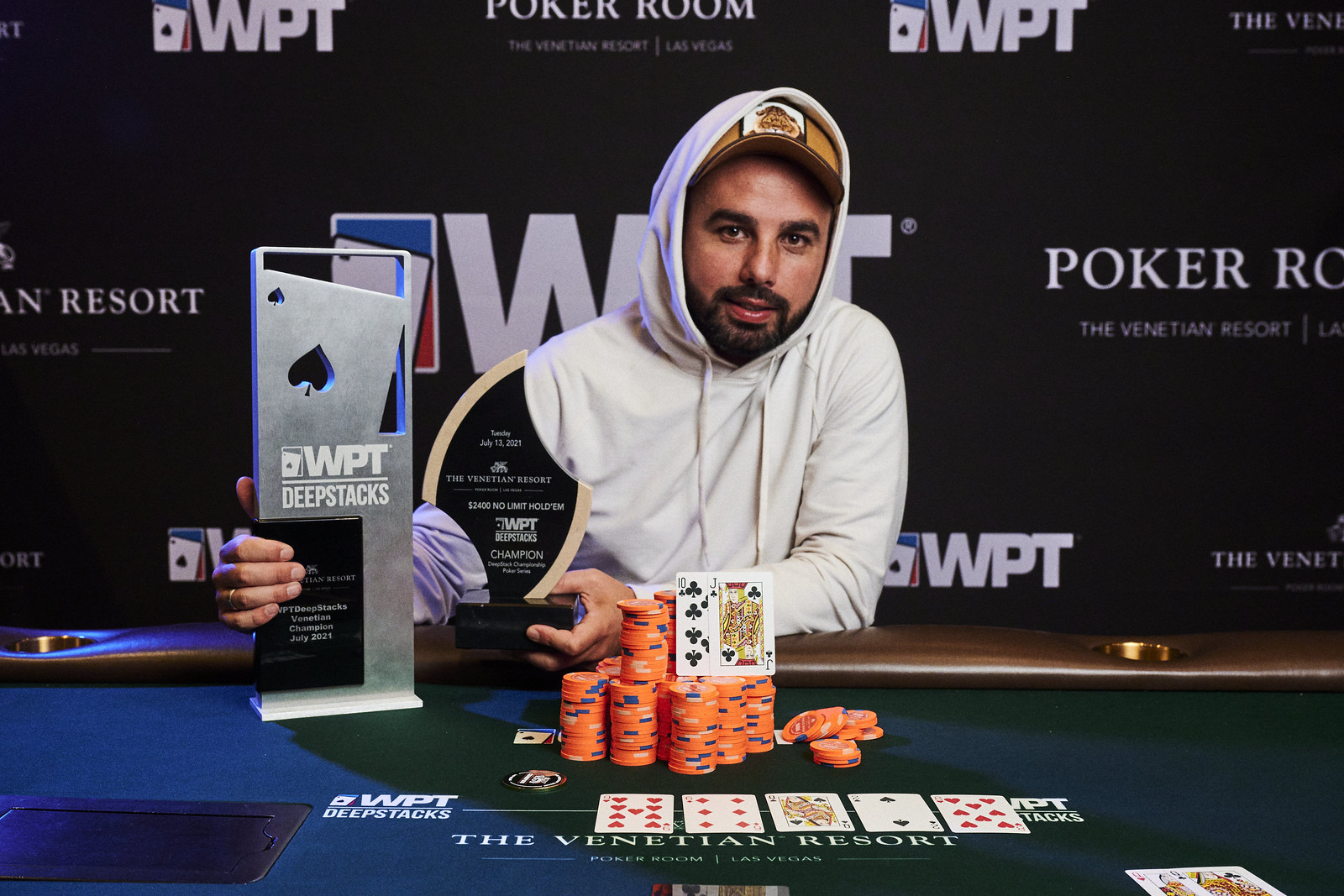 Albert Knafo had one goal in mind when he registered for WPTDeepStacks Venetian.

“First place,” Knafo said. “That is what I wanted.”

Just over a month ago, Knafo took third in an event here at the Venetian for almost $180,000. He was chip leader entering that final day, but could not close it out. He was determined to emerge victorious this time and, after a lengthy final day and final table, it was mission accomplished for Knafo, topping the field of 1,512 entries to become a WPTDeepStacks champion. Knafo earned $532,395 for his victory, which includes a $3,000 package into the WPTDeepStacks Championship at Thunder Valley Casino Resort in Lincoln, CA from December 4-7.

“It’s super exciting. I got the right cards and I’m super happy.”

Knafo’s path to victory got off to a fast start, as he ascended the chip counts quickly on Day 1C. He turned an ace-high flush against Ari Engel who had flopped a straight. The chips went in on the river and just like that, Knafo had tripled his starting stack before the second break. It was smooth sailing the rest of the day as he bagged the third largest stack in that flight and was sixth in chips overall of 298 players who returned on Day 2.

Knafo maintained his standing near the top of the leaderboard, navigating through Day 2 which saw nearly 270 players fall. Sitting seventh in chips of the remaining 29 players at day’s end, Knafo was in excellent shape to redeem himself.

Despite finding himself low on chips at various times during the final day, Knafo grinded the short stack without giving ever giving up or getting impatient. With 16 players left, Knafo had just 10 big blinds and found ways to keep his stack afloat. It wasn’t until a full level later when he finally found a spot to get his entire stack in, picking up pocket kings and doubling through Alek Stasiak. After chipping up some more, he cracked Sean Yu’s aces with king-jack to solidify his final-table stack.

He began the final table fourth in chips of the remaining nine players and sat back a bit as players started to drop around him. It wasn’t until five players remained when Knafo made his climb. Down to eight big blinds, he got it in with ace-king against ace-nine and doubled, and a few hands later scored his first elimination of the final table when his ace-nine held against Jim Gilbert’s king-ten.

His next big hand came when his king-queen ended Austin Srur’s king-jack to set the stage for heads-up play. Despite being at a 1.6:1 chip disadvantage against Steven Sarmiento, Knafo had a comfortable stack of 58 big blinds and if his patient play from earlier in the day was any indication, he was going to be a tough out.

What followed was a 74-hand back-and-forth duel. Never was Knafo all in and at risk, although a little luck was needed to seal the deal. On the final hand, nearly half of the chips in play went into pot preflop as Knafo called a four-bet from Sarmiento. When the flop brought Knafo an open-ended straight draw, he went all in and found himself as an underdog to Sarmiento’s top set. The perfect card came as Knafo made a straight on the river to officially become the WPTDeepStacks Venetian champion.

Born and raised in Netanya, Israel, the 38-year old Knafo moved to Los Angeles six years ago with his family, and it’s with his family in mind that Knafo intends to put his winnings to good use.

“I’m going to put a down payment for a house to help my family.”