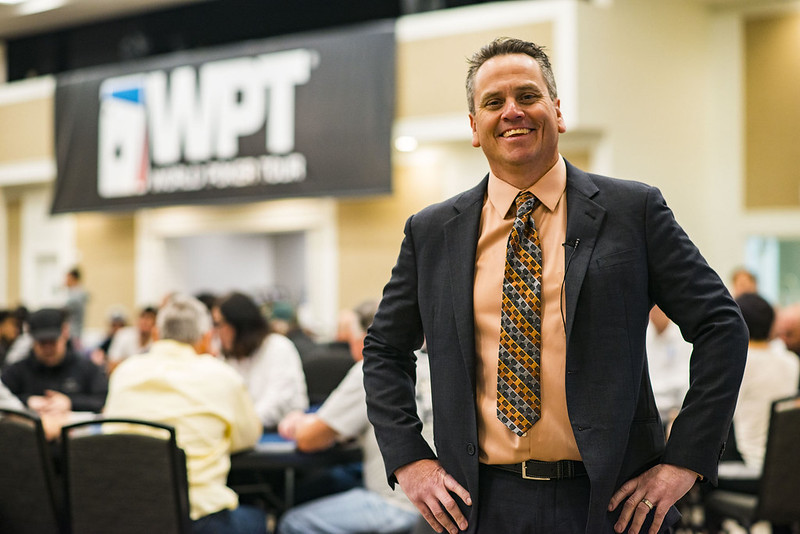 Well, I never thought I’d be saying this but the World Poker Tour has been keeping me as busy as ever while working from home during the pandemic. Live events have always been my passion and this was going to be a big switch for me but I have always been willing to try new things.

I’ve received multiple calls from industry friends that are reopening their poker rooms and fellow TD’s still hopeful we can have live tournaments in 2020. I know those that are doing their best to keep their players safe while putting their employees back to work in these trying times. Best of luck to my good friend Justin Hammer who has relocated to Houston to resume his poker career.

In addition to weekly WPT conference calls, I have also been working on some great things that have taken us onto the virtual felt. Our great team has pivoted to keep the lights on for a company that made its mark hosting live events. Our amazing WPT talent Vince Van Patten, Tony Dunst, Lynn Gilmartin, and I have been live-streaming four days a week on ClubWPT and have discovered an amazing community of players we had not known before. If you haven’t had a chance to tune in please do so on our Twitch channel.

partypoker has once again become a great partner of ours and the World Online Championships that had an amazing $100,000,000 in prize pool guarantees which is the second major series since March on the partypoker network. The WOC boasted FIVE Championship Events which were at least $3 million in guaranteed prize pools with $10 million guaranteed in the Main Event!

In addition to the massive prize pools for the first time in WPT history the five online champions with being eligible to compete in the prestigious WPT Tournament of Champions. I also did commentary with my good friend and talented commentator James Dempsey and other special guests.

I also worked with the partypoker US team on an amazing event that recently took place and carried a whopping $300,000 guarantee for just a $400 buy-in that easily surpassed that number and a $1,060 buy-in event that set a record in New Jersey on the partypoker US Network.

We have already started planning even more events with them so stay tuned for the upcoming announcements.

I have also been tasked with my own show called The Savage Beat where I look at online hands and determine the nittiest play, setup, coin flip, lockbox, and roller coaster hands of the week.

I am very lucky and proud to work for such a great company with amazing people who are doing their best to make the most of a terrible global situation.