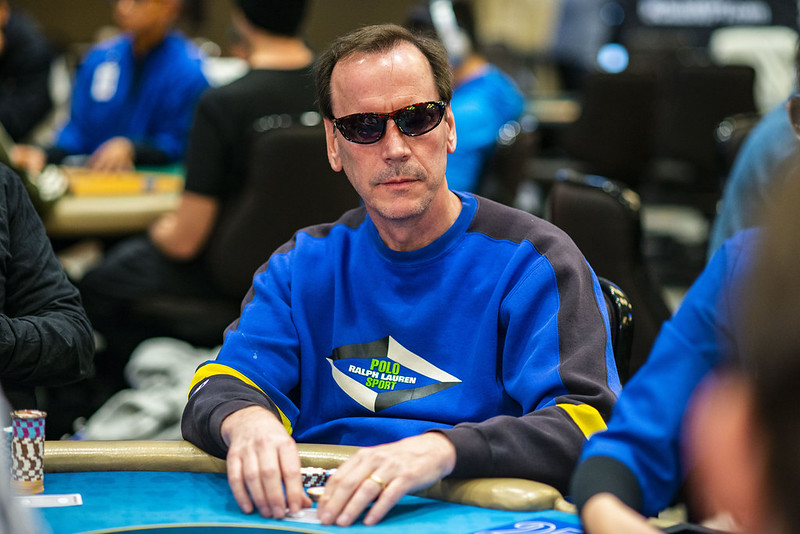 Two-time WPT champion Alan Goehring (pictured) has jumped back in the action at the WPT Gardens Poker Championship after some time away from the felt. After some time off from poker, he began playing poker tournaments again in 2019 including the WPT Bellagio Five Diamond World Poker Classic.

Goehring also cashed four times at the World Series of Poker and seems to be getting back into the groove. No stranger to success on the WPT, Goehring is still ranked 11th on the WPT all-time money leaderboard with almost $4 million. His first tour win came in Season I at Bellagio as the first winner of the WPT Championship for just over $1 million. A second title came in Season IV when he won the L.A. Poker Classic for almost $2.4 million. He has 17 career WPT cashes and three final table appearances.

Another nice bullet point came in 1999 when he finished runner-up in the WSOP Main Event for $768,625. In total, the 57-year-old former Wall Street bond analyst and trader has more than $5 million in live tournament winnings. Originally from Milwaukee, Wisconsin, Goehring has lived in Henderson (just outside of Las Vegas) since 2001.

He continues to play part-time as he’s eased back into the tournament scene. He spoke with WPT.com about what he’s been up to and getting back in the game.

You haven’t played a lot of poker in recent years, what have you been up to?

That’s an understatement. I’m trading financial markets – index futures, bond futures, forex. I retired from Wall Street and now I trade on my own. I didn’t play a single hand of poker in 2018.

What brought you back into the game?

This might not be too exciting, but I like slow structures and the structures got worse. They were allowing super late entry and re-entry and shortening the first day of the tournament – my favorite day. And they made those 90-minute levels 60 minutes. And then people were tanking longer than when I used to play back in 2003 to 2006. So the structures were all going bad, and I decided to bolt with my feet for a while.

The WPT L.A. Poker Classic is coming up and it’s a freezeout, so will you be playing that one?

Yeah, I’ll probably be there.

What do you do when you’re not trading or playing poker?

The Las Vegas area has so much great food, do you have a local restaurant to check out that’s not that’s on the regular radar?

Not really. I love sushi and Henderson used to be on the top of our list. I go to a restaurant every day. But it’s like Fish House, Cheesecake Factory, I Luv Sushi, that kind of stuff. My wife is even lazier than me now because she doesn’t even want to drive all the way to the Strip to go have lunch.

How’s the Gardens tournament going so far for you?

Oh my God, one of my worst tournaments ever. I didn’t win a single pot until about two hours in. I lost two-thirds of my chips without winning a pot – but anything can happen.

Have you been a little rusty with so much time away from the game?

So will you be back playing more events?

Maybe this one and the LAPC. This is the first event I’ve played outside Las Vegas in 10 years.

After being away so long, what do you notice about the change in play?

Well, the biggest thing is that a lot of times on the flop, not so much here, but when I played in Las Vegas last year – they would underbet the pot. Players might bet 30 percent of the pot on the flop.

In the old days, you never saw that. A guy would raise to 2,500 and the flop bet is like 1,600. The lighter continuation bet, that’s probably the biggest thing I’ve noticed. I’m thinking, how can I exploit that? Intuitively though, to me it makes sense. I’m like, ‘Why didn’t I think of that?’