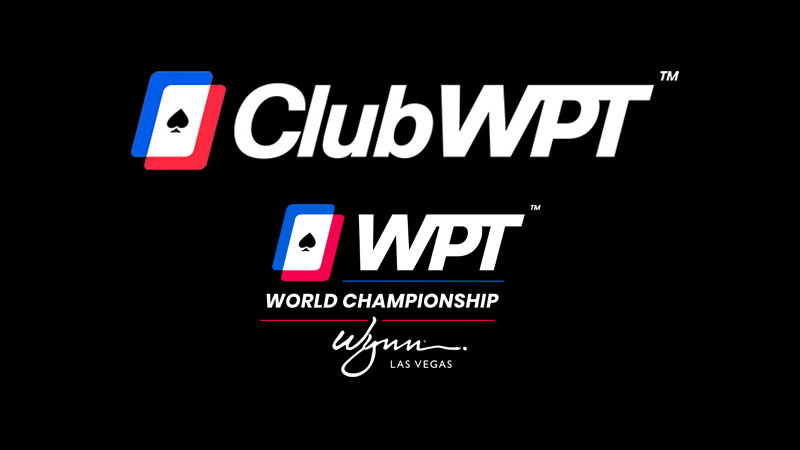 Las Vegas, NV (November 22, 2022) – ClubWPT™ is sending over 50 players to the WPT® World Championship Festival, not to mention all the ClubWPT poker fanatics paying their own way to the celebration. Players have locked in their travel plans and look forward to taking on Las Vegas where exclusive promotions and unique experiences await.

“Since launching in 2008, ClubWPT has been an amazing way to get players from all walks of life more involved in poker,” said WPT CEO Adam Pliska. “WPT World Championship packages are the most prestigious prizes we have ever awarded on ClubWPT, and we are proud to host qualifying players at our 20th-anniversary celebration.”

The seven special event winners attending the festival qualified for one of two experiences. Five competitors will attempt to win a World Championship seat in the Tony Dunst WPT Battleship Bounty on Dec. 9, while the other two will take on each other for a $10,400 seat, competing to see who will last longer when they sit down with WPT Ambassadors Phil Ivey, Andrew Neeme, Brad Owen, and WPT Anchor Lynn Gilmartin for the six-handed WPT Phil Ivey Home Game on Dec. 6.

“We’re always excited to offer ClubWPT members unique experiences and promotions,” said WPT VP of Online Services Jeremy Clemons. “It is nice to be able to grant our online qualifiers from across the nation with major live event opportunities at the World Championship.”

A wide range of ClubWPT players will strap in to face off against the best in the world during the $10,400 main event, including Bruce Ramoth, out of Selawik, Alaska, playing in his first-ever live poker tournament. Others entering in the World Championship include ClubWPT Player of the Year Mark Symons, 86-year-old Charles Ralston, and more. For a full list of World Championship qualifiers click here.

Aside from Passport winners, many online players are attending the festival on their own dime, and ClubWPT is offering a unique fail safe to active VIP or Diamond ClubWPT members◊ playing in the each of the three WPT Championship events – Bubble Protection.

*There is no purchase necessary to play on ClubWPT. For more information regarding these events, including how to qualify and location eligibility, visit ClubWPT.com.

World Poker Tour® (WPT®) is the premier name in internationally televised gaming and entertainment with brand presence in land-based tournaments, television, online, and mobile. Leading innovation in the sport of poker since 2002, WPT ignited the global poker boom with the creation of a unique television show based on a series of high-stakes poker tournaments. WPT has broadcast globally in more than 150 countries and territories, and is currently producing its 20th season, which airs on Bally Sports in the United States. Season XX of WPT is sponsored by ClubWPT.com. ClubWPT.com is a unique online membership site that offers inside access to the WPT, as well as a sweepstakes-based poker club available in 43 states and territories across the United States, Australia, Canada, France, and the United Kingdom. WPT also participates in strategic brand license, partnership, and sponsorship opportunities. For more information, go to WPT.com.

A membership at ClubWPT.com has paid off in spades in a short amount of time for Andrew Campanelli. The New Yorker turned his membership* into a seat at the WPT Bellagio Five Diamond World Poker Classic within just four short months of signing up.

In case you don’t remember the incredible run made by ClubWPT.com qualifier Artie Rodriguez at WPT Jacksonville, let us refresh your memory. Just two months after becoming a VIP member of ClubWPT.com (WPT’s VIP subscription-based membership website*), Artie won a seat to WPT Jacksonville where he went on to outlast 387 other poker players to reach the…

Think you’re better than our team of WPT Royal Flush Girls? Now’s your chance to prove it and earn great ClubWPT prizes along the way. The Royal Flush Bounty Tournaments will see your favorite Royal Flush Girl take to the tournament tables, putting their poker skills to the test against ClubWPT VIP members. Eliminate a…