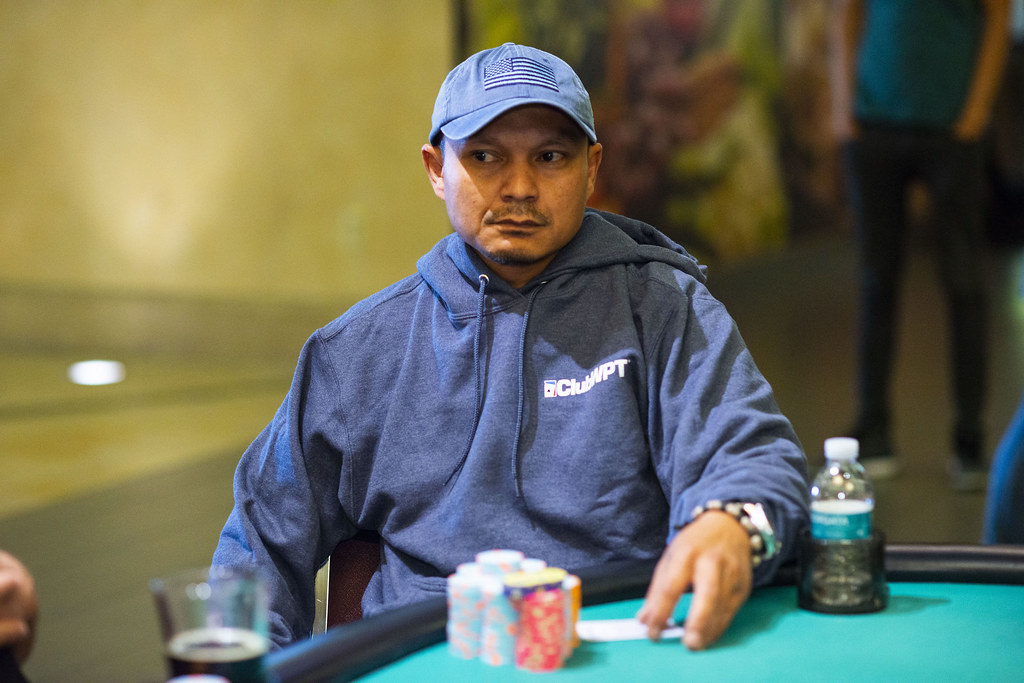 “I’ve been getting really lucky, I guess,” he said with a laugh right before play resumed.

The 43-year-old married father of four from Surprize, AZ., qualified for the tournament via ClubWPT.com, the tour’s online subscription site offering players a chance to play for $100,000 in cash and prizes each month. Collado topped a field of 2,400 online to win his seat into the tournament.

When the money bubble burst Wednesday afternoon, Collado was guaranteed at least a minimum cash of $6,097.

“It feels good,” he said after officially making the money. “I could never have imagined this. It was just kind of a dream.”

At the table, Collado is calm and quiet and taking a bit of razzing about his deep run from fellow players. This is the second straight year that a ClubWPT qualifier has cashed at the Borgata. Jim McLaughlin cashed in this same event in Season XVI for $6,993.

With some guaranteed money now assured, Collado is hoping for more and had a nice chip stack to work with. As play got underway to start the day, Collado sat eighth in chips with 690,000 with blinds at 3,000/5,000. He learned to play while serving in Afghanistan as a medical technician for the Air Force. Collado retired from the military in 2014 after a 21-year career.

The is the first major tournament Collado has ever played. His key to success so far in Atlantic City?

When not playing poker, Collado splits his time between driving for Uber and Lyft part-time and renovation projects on his house. Perhaps part of Collado’s $11,123 in winnings for 56th place at the WPT Borgata Poker Open will be used to help defray some of those trips to Home Depot.