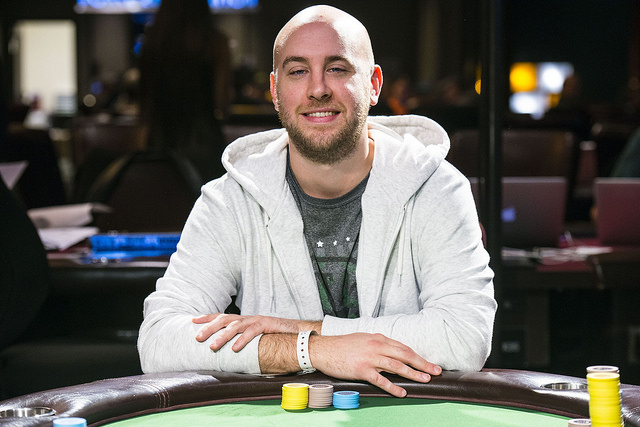 It was looking dire for Zachary Donovan (pictured) on Tuesday on the final table bubble of the WPT Maryland Main Event from Live! Casino. Donovan was the chip leader for part of play when the final nine were battling for a place at Wednesday’s final table, but he lost two huge all-in pots in consecutive hands. Those losses put Donovan on the short stack coming into the final table before he staged a comeback that would see him end up finishing in second place.

Donovan wound up earning his best career score for the result, winning $262,930 for taking second place. In the aftermath of losing heads up to Art Papazyan, Donovan was conflicted about coming up short of his first WPT title versus the accomplishment of making it that far.

“It’s a tough question, I’m definitely very happy right now,” Donovan told WPT.com. “Maybe a few weeks down the line, I’ll be like ‘I should have won,’ but we play for the money, being honest. The money is more than enough of a consolation prize.”

Flips are often the deciding factor in a player’s tournament life and Donovan ended up on the wrong side of the coin twice in an immediate time span. The two crushing blows might have titled some players over the edge, but play ending for the night on Tuesday helped Donovan rebalance coming into Day 4.

“That was tilting having so many chips, having everyone crushed, and obviously going to the short stack,” Donovan said. “It was tough, but it was nice ending the day then because then I could recover.”

After play ended Tuesday night, Donovan said he decompressed by watching TV and refreshing Twitter before ending the night with some Reese’s candy.

From the start of the final table, Donovan was a factor and his short stack quickly became irrelevant as he climbed the leaderboard. Donovan felt good in his abilities to spin his 24-big blind stack up and the nerves that strike some players in high-pressure situations did not attack him.

“It is an awesome accomplishment,” Donovan said. “I hadn’t thought about it because poker players are pretty confident, so we’re always like, ‘I’ll double this up, I’ll spin it up.’ I wasn’t nervous about it, I didn’t think I was going to get sixth or anything. I thought I was going to double up and do well.”

Donovan’s 2017 opened strong, but an unprofitable summer set him back a few paces heading into the second half of the year’s poker calendar. He decided to head to Florida for the Seminole Hard Rock Poker Showdown and a final table finish in the opening event gave him some wind at his back. Donovan was planning to take a break, but the decision to press on helped to get him where he is now.

“I started the year out great and the summer was tough,” Donovan said. “It’s tough to brick a summer and then get back to the other grind. It’s tough to do, but I’m glad I didn’t take a longer break like some of the other tournament players did.”

Now that he has this result, Donovan says he will stay in familiar territory on the East Coast for future events, but if he has another final table finish, he might start to chase points in the Hublot WPT Player of the Year race for Season XVI of the World Poker Tour.

“It’s the same, back to the grind,” Donovan said. “I’ve been playing mostly East Coast stuff, but I might travel a little more, go to the West Coast.”

Next up for Season XVI of the World Poker Tour is the WPT bestbet Bounty Scramble in Jacksonville, Florida.