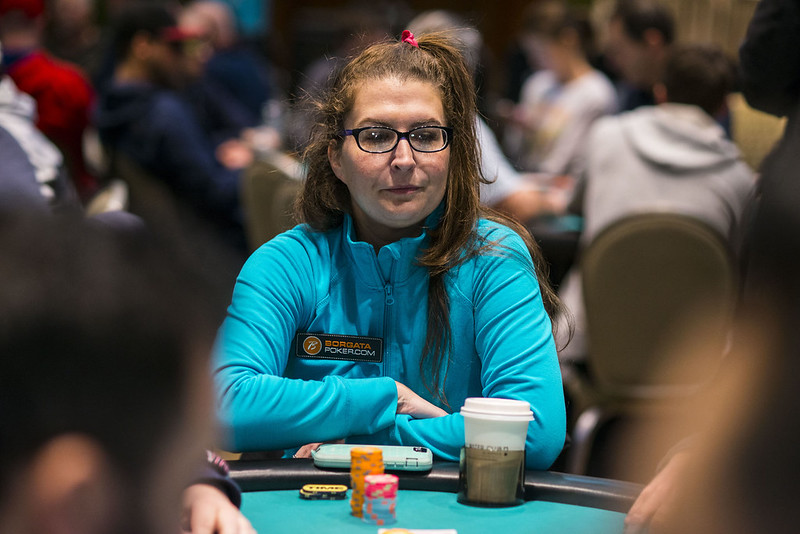 New Jersey is one of three U.S. states where online poker for real money is currently legal. The Garden State offers the opportunity to grind it out online for a living and several of those playing the WPT Borgata Winter Poker Open qualified by playing online via the property’s online poker site.

What’s it like being an online player in New Jersey? Catching cards online in the state definitely doesn’t offer prize pools and the number of players as in the heyday of online poker in the U.S. However, there are some opportunities to make some money online and it remains a hope for many who like to play via their laptops or mobile devices.

Katie Stone, an online sponsored pro at BorgataPoker.com, was still in the field late in the afternoon of Day 3 and said there are some good players online in New Jersey and it forces players to stay sharp.

“It’s an interesting dynamic in New Jersey because the player pool is relatively small, and as of right now it’s not growing,” she says. “You have a lot of new players and beginners, but then you also have a lot of very good players who are grinding every night just like I am. It’s really kind of forced the people like me, who haven’t studied as much in their careers, to really start studying now because everybody around us is kind of getting better.”

Stone says it’s a unique dynamic for a small poker market and many might expect there isn’t a lot of money in the market, which is chased after by a small number of players. That’s not the case.

“Here, it’s a small market with a lot of good players and a good amount of money to be won,” she says.

And while growth has been stymied a bit in recent months, that could change in the coming years as Pennsylvania is expected to come online soon another a fourth legal jurisdiction. That would add to New Jersey, Delaware, and Nevada, which all have shared liquidity and player pools.

The addition offers a chance at growth, but those hopes may be tempered by a recent Justice Department reinterpretation of the Wire Act. The DOJ argues the act also applies to online gambling of any kind and not just sports betting. Settling the matter in court appears already to be in the works, yet another obstacle for the industry.

At Borgata, Stone spent much of Day 2 and 3 on a smaller chip stack, but found success navigating the field and moving up the pay ladder.

“I kind of hovered in the 17- to 26-big blind range for the last couple days, which is great because in online poker you’re generally pretty shallow in later stages,” she says, noting that doesn’t include BorgataPoker.com. “That’s a comfort zone for me. Being an online player I’m really used to that stack depth. This tournament is so well-structured, so it’s not necessary to panic at any moment. Whereas with that stack online, there would be a little bit more seriousness to getting that stack all in to double up.”

Ultimately, Stone was eliminated in 80th for $9,301 bringing her career live tournament winnings to more than $158,000. She is a regular in live events at Borgata and has several big scores and wins at the property. That includes winning a $300 Deep Stacks event in November at the Fall Poker Open for $19,337.

Married to poker player Joe Cappuccio, the couple has a 3-year-old son. How is life with a family and as a mom, while also trying to make it work in poker for a living?

“It’s definitely challenging at times, but I enjoy the flexibility and definitely wouldn’t change anything,” she says. “I think having both parents that play poker helps because there’s such an understanding of the effort that goes into this.”

As a sponsored pro and ambassador for BorgataPoker.com, she’s pleased with the opportunity it gives her to play in her home state. The site works hard to meet the needs of players, she says, and offer what players want.

“It’s a really amazing job,” she says. “It combines poker and a lot of creativity and the experiences we all want to see in an online site. We’re actually listened to and actually paid attention to. They take into consideration the things we want. It’s not just about the bottom line – it’s about the player health and the player community and nourishing that. It’s really amazing to be part of something like that.”