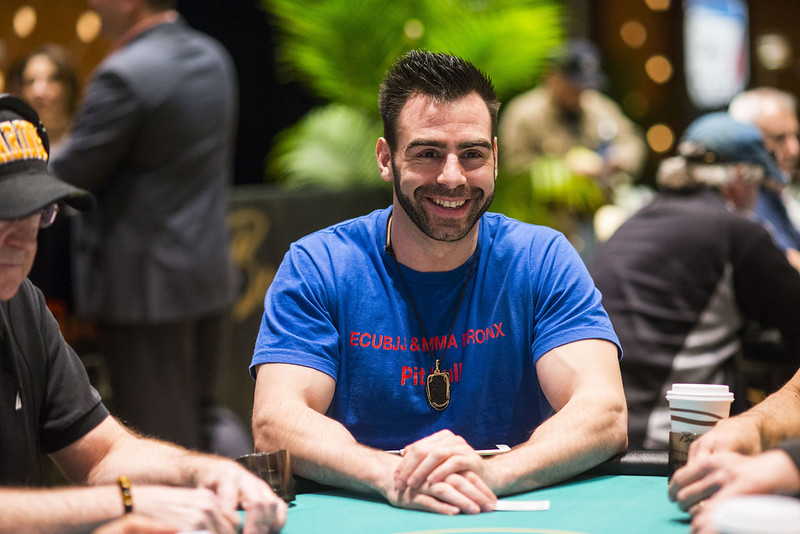 When it comes to Borgata, Olivier Busquet has a special place in his heart for the property. In Season VIII, he took down the WPT Borgata Poker Open for $925,514. It was a special day in which he overcame a 20-to-1 heads-up chip disadvantage to win the tournament.

A resident of New Jersey, one of four states currently offering regulated online poker, one event on the upcoming WPT Online Borgata Series powered by partypoker US Network schedule stands out for Busquet. The $535 Heads-Up event is set for Saturday, September 19, and is capped at a 32-player field.

“I don’t play many online tournaments, even with so many more being offered during this time,” he says. “I prefer the cash game grind because it gives me more flexibility in terms of when I play and the distribution of variance is much more even. Also, some of my interest in live tournaments comes from the social aspect of the events which is clearly missing from the online versions.

“That being said, I will probably play the heads-up event. I’ve played a ton of heads-up Sit and Go’s in my poker career and though I don’t play them much anymore, I’d surely enjoy the event and expect to have a decent edge.”

The Borgata title from 2009 remains one of Buquet’s most memorable poker moments. He considers himself fortunate to come back for the victory, but his training in the heads-up game helped secure the title. Some other aspects of the matchup also tilted things in his favor.

“My opponent was drinking and enjoying himself during the event while both playing and running extremely well,” Busquet says. “At one point in the comeback, he switched his drink order from alcohol to water and I remember that moment so vividly.

“I was gaining confidence and I felt that he was starting to feel the pressure. I had to get incredibly lucky to come back, of course, but sometimes a confidence shift in a heads-up match can make a big difference.”

Busquet had a reason to be confident – online heads-up matches were his specialty at the time. That provided an enormous amount of experience, he says, that helped know what to do in certain spots and gave him a sense of confidence that anything was possible no matter the chip deficit.

“I had both lost massive leads and come back from massive leads many times before, so I knew it was possible,” he says. “Many tournament players are actually quite inexperienced when it comes to heads-up play, which makes sense since it’s so rare that a player makes it to the final two.

“The flipside, of course, is that the largest money difference is always from second to first, so those rare times when a player does make it to the final two, heads-up competence can make a massive EV difference.”

For players looking to improve their skills in this regard, Busquet says heads-up sit and go’s are a great way to prepare. There is also plenty of information online to study and sharpen those skills.

The WPT Online Borgata Series runs from September 13-21 with 10 events and an overall guarantee of $275,000. The series fills a void at a time when the WPT Borgata Poker Open would normally be running in Atlantic City. partypoker US Network players now have a nice WPT option. In New Jersey. that includes the BorgataPoker and BetMGM skins. The $1,060 Main Event highlights the series on September 20 with a live-streamed final table on September 21. Players can qualify via satellite events and Phased Tournament entries throughout the week.

When not at the tables, Busquet hosts the Two Lives podcast featuring in-depth conversations “looking honestly at hopefully meaningful and relatable issues in poker and how to get the most out of the poker life.”

COVID-19 has had a dramatic impact on so many. But for the poker world, the impact has been divided. Mainly online players like Busquet have seen even more action, while it’s been a struggle for mostly live players. Busquet says the latter faces a massive challenge because the online competition is generally tougher and not everyone can transition online or even has the opportunity to play, depending on where they live.

Busquet believes it’s great there are so many ways to play online at the moment, including the WPT Online Borgata Series on partypoker US Network.

“With players not able to play live poker, it’s great that sites and brands are making an effort to have more events online,” Busquet says “It will definitely give both professionals and amateurs alike more opportunity to make some income or scratch that poker itch.”