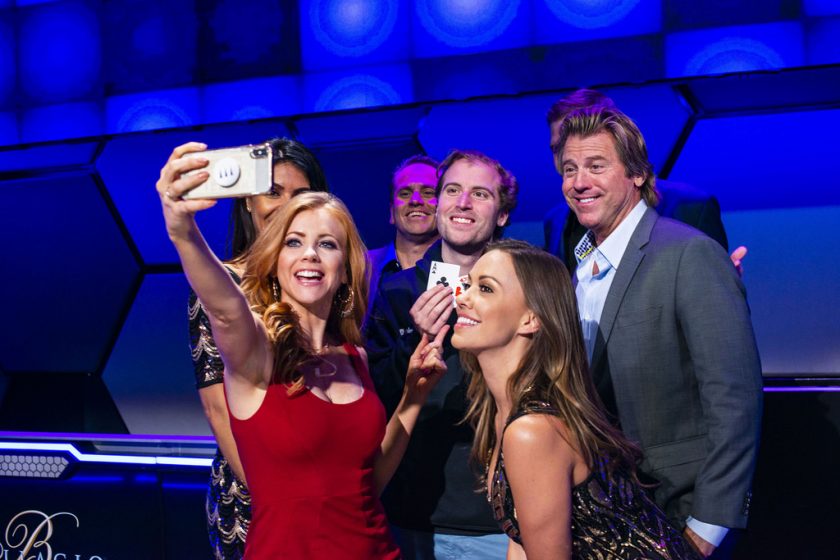 The final table of the WPT Bellagio $25,000 High Roller had a bit of everything. The event unveiled the new Esports Arena Las Vegas at Luxor Hotel and Casino as a beautiful stage for poker, as the scene oozed coolness with plenty of glitz, a relaxed vibe on stage with blue and red lights backdropping the action, and WPT cameras capturing play as fans and VIPs looked on.

There were various experiential elements worked in, including a ShopWPT pop-up store, an opportunity to win a custom BBO poker table, Topgolf chip and putt activities, and more. There was even a cup-stacking competition during a break and Tito’s Vodka shots served up at the bars to celebrate the arena’s unveiling. A smoke machine onstage added to the atmosphere and the final table was played out under three giant 50-foot LED walls.

Of course, there was some great poker, too, and after more than six hours, Tom Marchese walked away with the title, $432,000 in cash, and a luxurious Hublot Classic Fusion Chronograph Titanium watch.

“No matter what 25K it is, it’s always amazing to win one,” Marchese said. “Especially a tournament like this where’s the so much media coverage and a good amount of prestige around it. I’m super excited to come out the champ.”

Marchese made use of his big stack for much of the final table but dipped a bit below Aaron Ogus when play reached the heads-up portion. Ogus carried about a 3-2 chip advantage after Sam Soverel was eliminated in third place, but Marchese was able to turn the tables.

A development manager at Microsoft in Redmond, Washington, Ogus would have his work cut out for him, despite a chip advantage, due to Marchese’s experience. Ogus is a regular cash game player, but entered this event with only $51,654 in live tournament winnings. The $283,500 runner-up money was his biggest tournament cash by far.

“I was least familiar with Aaron,” Marchese told WPT.com. “I tried to take it slow because the more you play with somebody, the better reads you’re going to have and be able to adjust against them.”

Marchese is no stranger to big wins on this level. Originally from New Jersey, the WPT Bellagio High Roller win pushed him above $17 million in live tournament winnings, according to HendonMob.com. That includes $3 million won on the WPT, where he has four final tables. A regular on the high roller scene, Marchese took down theWPT World Championship $100,000 Super High Roller at Bellagio in 2012 for $1.3 million. In 2014, he finished runner-up in the WPT Alpha8 at Bellagio for $1.2 million.

Marchese has numerous other six- and seven-figure scores on his résumé, including several wins in high roller events in Vegas. To be blunt, if there has been a high roller somewhere in Las Vegas, Marchese has been probably been there and won.

The six-player TV final table was delayed after May 6 in an event that featured 54 entrants for a $1.35 million prize pool. Marquese said the delay didn’t affect his play and that he didn’t do any special preparation.

“I played a little bit less before it, if anything,” Marchese said. “Because a lot of times you’re on this high of coming in with a huge chip stack, you don’t want to just go on a downswing or have a bunch of big losing days. It kind of messes with you a little bit. I kind of just took it easy and studied a little bit, but for the most part just relaxed.” 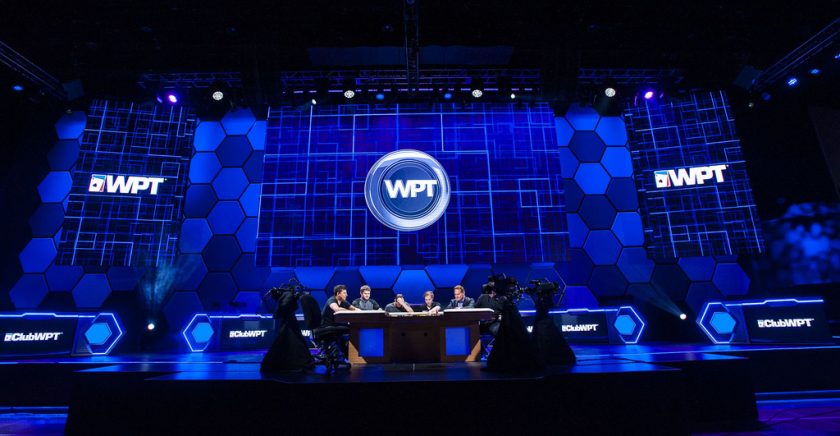 The $20 million Esports Arena is a state-of-the-art gaming and broadcast facility that will cater to both gamers of all levels, as well as high-tech nightlife, the occasional high-stakes poker action, and whatever else organizations believe the event space can handle. There really is no limit to what the 30,000-square-foot multi-level arena can do. It features a competition stage, 50-foot LED video walls, daily gaming stations, food and beverage offerings with a menu specially designed for gamers by José Andrés, and production capabilities that rival any in the world.

Players were introduced to the stage like rock stars before hitting the felt under the cameras and lights. Marchese enjoyed the atmosphere.

“It’s an amazing setup here at the arena,” Marchese said. “It’s great for poker to see it expand like this and having a new place to play. I can’t complain at all. It was a fun time and a great setting.”