GACKT Aims To Make His Mark on the World Poker Tour 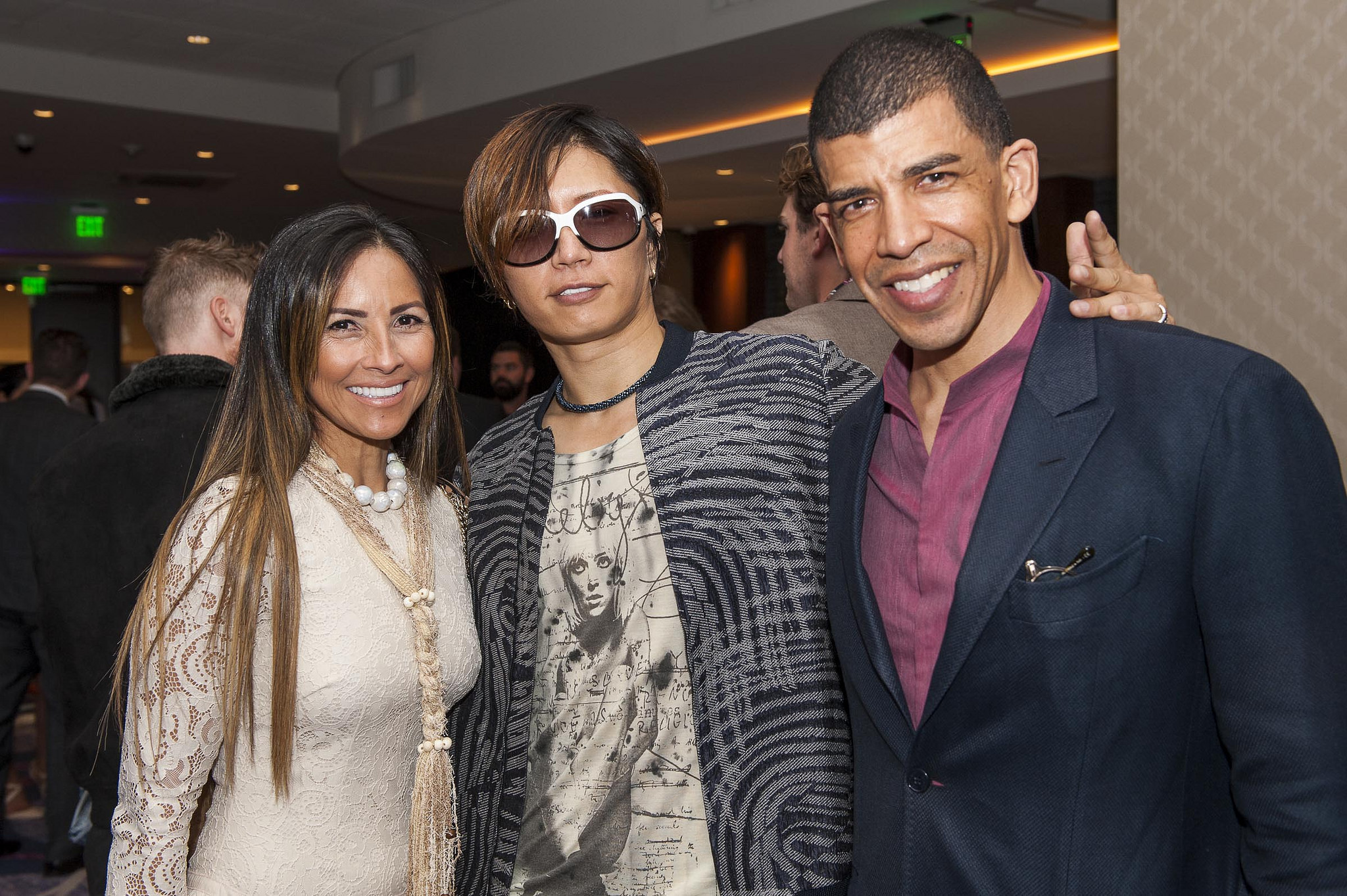 GACKT (above, center) made not be a household name in the United States, but those in Asia know all about the pop superstar and actor. GACKT has released nine studio albums and is considered one of the biggest musicians in all of Japan. Recently, at a special VIP reception celebrating the WPT’s $1 billion milestone, Bicycle Hotel & Casino tournament director Mo Fathipour referred to him him as the “Michael Jackson of Japan.”

Here at the Season XVI WPT Legends of Poker, GACKT is just another face in the crowd at one of poker’s most historic events, but that doesn’t mean he’s out of place. In fact, GACKT is very much at home in a sea of poker players who are hoping to be adding their name to the WPT Champions Cup.

GACKT has been playing poker for six years, and he told WPT.com that he is hoping to use his platform to change the perception of poker in Japan.

“When I had my music world tour in Europe, I looked into the poker cash games,” GACKT said. “I had a lot of fun and realized how fun poker is. In Japan, it’s kind of sensitive because playing poker sounds like gambling. I didn’t say anything at first, but the times are always changing and I decided to be someone who could tell people to join poker and that it’s not just gambling. It’s a game of strategy. When I play poker it makes me strategize my every move and try to think ahead of my opponents.”

While GACKT hasn’t been playing live tournaments for very long, he has already enjoyed some success on some very marquee poker events. This summer, he cashed in the WSOP $1,111 Little One for One Drop, but more impressively, he finished fourth in one of the $25,000 High Roller tournaments at ARIA Resort & Casino in Las Vegas., taking home $75,600.

It is these $25,000 events at ARIA that are full of the game’s top professional players or heavily experienced amateurs, but just as he is doing here at The Bicycle Hotel & Casino, GACKT was right at home, playing the game he loves and matching wits with the best of the best.

While GACKT has enjoyed those recess successes, he told us that playing a on the World Poker Tour stage is a whole new level for him.

“In the WPT, I feel some class, for sure,” GACKT said. “Not only talking about poker, but the mood, the environment. There’s a different feeling in the air. There’s definitely some tough players. I’ve met some people at the WPT, and I was impressed. They’re so nice and they’re not only thinking about poker, but also thinking about the business side of the game, so I decided to join the WPT. Hopefully I want to stay long and make the final table, of course!”

Though he got his start in cash games, GACKT has transitioned to tournaments since last year, and all of his tournament cashes have come in 2017. He told us that he has seen some big improvements in his game as he gains more experience on the felt.

“I started in Barcelona for my first event,” GACKT said. “I decided to join other tournaments last year, so this is maybe my sixth or seventh tournament. The first time it sucked, but second time I got seventh, then I got fifth, and next was fourth place, so I’ve been getting better.”

Those three tournaments GACKT referenced were in the Philippines, South Korea, and then the one at ARIA in Las Vegas.

He also pointed out that one of the things that he loves about poker is that it’s something you can pick up at any point in your life, and if you put enough work and effort into it, you can play with the best players in the world, regardless of when you started playing.

“I just want to say that in other sports you need to start as soon as possible, you have to start as a child,” GACKT said. “With poker, whenever you start, you can play anytime and you can play with anybody. In poker, you get a lot and it’s not physically draining. It’s more a mental and intellectual challenge. If you have a chance to try, challenge yourself and join us. You will see how fun it is.”

GACKT has been all over the place this weekend at The Bicycle Hotel & Casino. He made an appearance at the special VIP reception celebrating the WPT’s $1 billion milestone, and he was part of a meet and greet with other members of the WPT family early Sunday morning before play began in the WPT Legends of Poker Main Event. 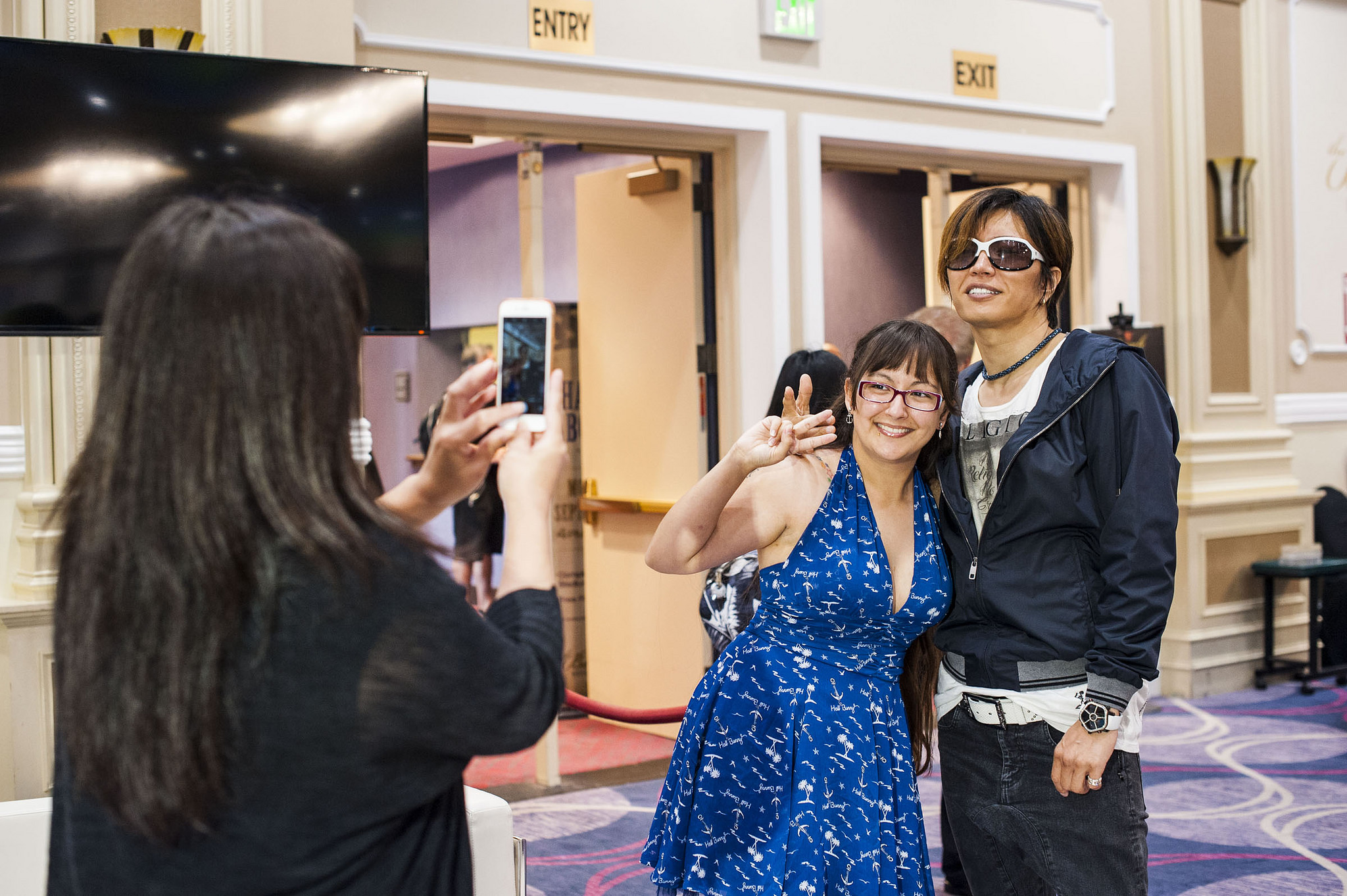 For GACKT, it is an experience he has enjoyed, and he says that he plans on being heavily involved in spreading the word about poker back home in Asia.

“I’ve had fun all weekend, and all of the players are very nice and welcoming, more than I expected,” GACKT said. “I love playing in the WPT, so when they come to Asia, I definitely want to join again. I want to tell a lot of Japanese people to join the WPT. This is so fun.”