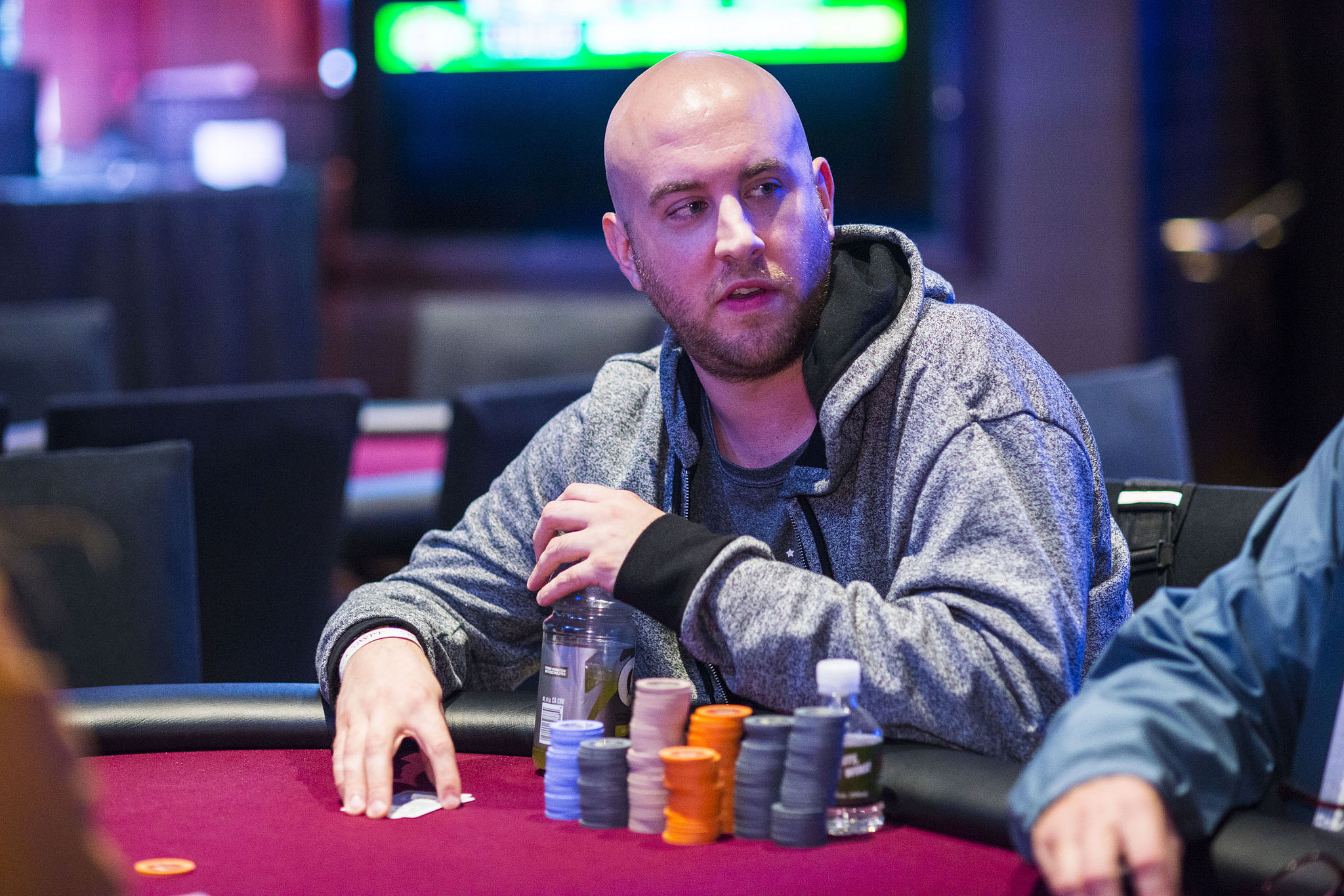 The first of two starting flights in the Season XVI WPT Maryland at Live! Casino Main Event kicked off on Saturday, and it was Zachary Donovan (pictured) who grabbed the early chip lead with a stack of 215,700.

Helping Donovan to the lead was a big pot he grabbed at the end of the night that also eliminated Sam Grafton. On the final board of

, Donovan slid forward a stack of 100,000 to put Grafton all in. Grafton called with the

after a bit of a tank, but Donovan’s

was the better of the two hands to give Donovan the pot.

“That was sweet,” Donovan said about that pot after play was done for the night. “It’s a nice feeling with only a half hour left in the day. You have a bunch and can just relax.”

Donovan, a native of Franklin, Massachusetts, with nearly $350,000 in live tournament earnings, has nearly three dozen cashes on record, so he knows a thing or two about tournament poker.

“It’s definitely a long way to go, but it’s great to have a bunch chips at any point,” Donovan added. “Having a couple hundred big blinds past Day 1 of this is so many chips. Got to take it one hand at a time, obviously.”

One of those finishes on Donovan’s record is from this very event last season, when Donovan took 18th place for $17,578.

“I got 18th last year, my deepest WPT run,” Donovan said. “Hopefully, this year is a little bit better. These are my only two times playing here, but I really like it.”

A field of more than 200 entries turned up for this $2 million guaranteed tournament, but just 78 players would survive the day. Joining Donovan towards the top of the leaderboard was Jesse Rockowitz, Casey Yontz, and Eric Fields. Rockowitz will be looking for his second in-the-money finish in a WPT event in Season XVI after placing in 40th place at WPT Choctaw.

Day 1b of WPT Maryland at Live! Casino starts Sunday at 12 p.m. ET and registration is open until the start of Day 2 at 12 p.m. on Monday. To accommodate all players who are looking to get into the $2 million guaranteed event at a discounted rate, there are some great last-chance satellite options.

On Sunday, there will be two $400 buy-in turbo satellites running with 10 seats guaranteed in each to this $3,500 buy-in Main Event. These satellites will run at 2 p.m. and 6 p.m. inside Live! Poker Room.

On Monday, October 2, another $400 buy-in satellite is running with 10 more seats guaranteed. This qualifier kicks off at 8 a.m. so that all players who earn a seat are able to enter prior to the start of Day 2 at 12 p.m.

As always, stay tuned right here to WPT.com for continued coverage from the World Poker Tour.