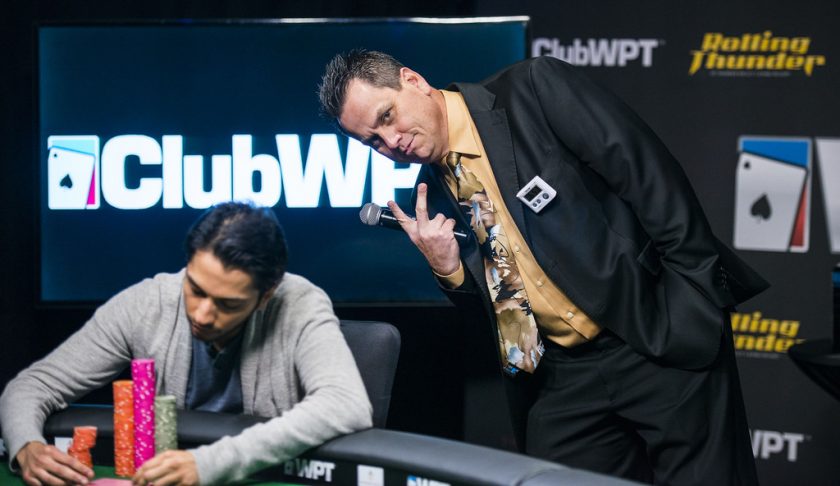 As an innovator and industry leader, I am always trying to keep the great game of poker interesting, fun, and progressive.

When I first heard about the single-payer ante concept, I was skeptical. Paul Campbell, an excellent tournament director and friend of mine, was using it in the high-roller events at ARIA Resort & Casino after the idea was started there with Cary Katz and the high-roller players. It was implemented with varying ante sizes and big blind levels that were strange to me, and I think that was what originally turned me off to the idea. That said, I wouldn’t be doing my job as an innovator and industry leader if I didn’t take the time to try it out myself.

One of the allures of the big blind ante (BBA) is its simplicity, and that’s what ultimately gave me the push to give it a try at Commerce Casino last year. Initial response in the first level of play was mixed, but 10 minutes later the players were raving about it.

I was intrigued by the response and decided with Commerce Casino Tournament Coordinator Justin Hammer to implement BBA in a few events at the L.A. Poker Classic, including in the opening $1 million guarantee, $350 buy-in event. The response from the dealers, staff members, but most importantly the players all but forced us to install it in many more events before the end of the series. We then installed it in every no-limit event in the following series in May, including a survivor tournament, a shootout event, and the satellites.

I knew at that point I was ready to use, promote, and popularize it globally and bring it to all World Poker Tour events, including WPT500, WPTDeepStacks, the WPT Main Tour, and more. I then reached out to our loyal tour partners and they were almost unanimous in their willingness to give it a shot. I then took my BBA experiences to Europe and was met with the same enthusiasm at our WPT player and partners’ summit.

This is what those that use BBA know and understand from its use:

1. Dealers, staff, and players alike have universally claimed how much easier and more efficient it is.
2. More hands are being dealt, allowing structures to remain deeper for longer portions of tournaments.
3. Dealers are not having to bother distracted players for their antes every hand.
4. There are no more mistakes and floor calls asking, “Who owes an ante?”
5. There are less chips in play, less need to make change, and fewer annoying bets of 1,675.
6. The bottom line is that BBA is faster and downright better!

Of course, any time you introduce something widespread in the poker industry there is going to be those that want to argue that the old way is better. As I said before, even I was not totally on board at first, but after seeing BBA in use and polling both recreational and pro players BBA is overwhelmingly the best decision for the game of poker.

The one complaint I’ve heard from the most from those opposed is, “It’s unfair to short stacks.” I couldn’t disagree more. In fact, I actually believe BBA is more beneficial to short stacks.

BBA already has several advantages for short stacks, including the following.

1. The antes are LESS per round during seven-, eight-, nine-, and 10-handed play and the same at six-handed play in many levels.
2. You don’t have to ante eight out of nine hands in full ring.
3. You can win more when not in the big blind than you can win with individual antes because you win the full ante even if you only have one chip.

So, I want to ask this question: Why is helping the short stacks ever the thought of any player or tournament director before the start of the tournament when everyone is equal? You should want short stacks to bust unless, of course, you are one. When short stacks bust out, other players get closer to the money, play generally becomes deeper in the money, and it helps keep the big blind average higher.

Other complaints I often hear are, “My table is one player short,” and, “I just paid my big blind on the last table when my table broke.” These problems already existed with individual antes. As long as it’s random, I have no issue with either of these.

Many of you are well aware of the debate that was blown up on social media between the great Daniel Negreanu and I. It centered on what comes first when a player is in big blind and you are short of the entire ante amount. Daniel believes it is more player-friendly and correct to have the big blind come first, whereas I believe antes should come first. The debate was definitely blown out of proportion because this issue happens very rarely, but I didn’t back down because ante first from the big blind is technically correct and “ante,” by definition, means “before.”

In my opinion, it cannot be player-friendly to one without being player-unfriendly to another in this case. If you are on the same table and already paid an ante and also have a short stack remaining in that hand, you should absolutely be entitled to win the entire ante and the amount you have in front of you times the number of players in the pot, so you cannot have it both ways.

Do you think you should be able to win all the antes for the entire round, then skip when it’s your turn to post an ante and not have to make it up either?

Daniel ran a poll that was skewed towards his opinion that the big blind should come first. In three other polls by other players and one by Seminole Hard Rock Tournament Director Tony Burns (@TDTonyB), all of which were worded more correctly, posting the ante first was favored.

To be fair, this happened so rarely in the hundreds of events it’s been used in that it does not even deserve this much attention. Furthermore, not once after explanation did a player have a problem with it.

In conclusion, if you want to use BBA and do it the way that many of the game’s top tournament directors and I believe it should be implemented, here are some things to be clear on and to have ready to explain to players.

I look forward to bringing big blind ante to all markets globally and to the Tournament Directors Association (TDA) annual summit held next summer at ARIA in Las Vegas, the property that started the whole BBA craze in the first place. The TDA and I share a mantra of consistency and, whether or not you personally agree, you should live with the change to be consistent for the benefit of the players. I know that big blind ante is a great change to no-limit hold’em poker tournaments. The big blind ante is here to stay!

For more blogs from Matt Savage, be sure to stay tuned to WPT.com. Don’t forget to follow Savage on Twitter.