Serendipity. There might not be a better way to describe the Steve Aoki Playhouse event. Too many things just fell into place the right way for it to seem real. Everything from a couple being randomly selected to attend the event, to two poker pros meeting one of their biggest idols in Phil Ivey. And…

There might not be a better way to describe the Steve Aoki Playhouse event.

Too many things just fell into place the right way for it to seem real.

Everything from a couple being randomly selected to attend the event, to two poker pros meeting one of their biggest idols in Phil Ivey. And that all being capped off by Aoki’s self-proclaimed biggest fan winning the sit and go and locking up a $10,000 WPT passport.

A handful of qualifiers, chosen via World Poker Tour social media contests over the past month, made the event, held at Aoki’s Las Vegas home, unique. 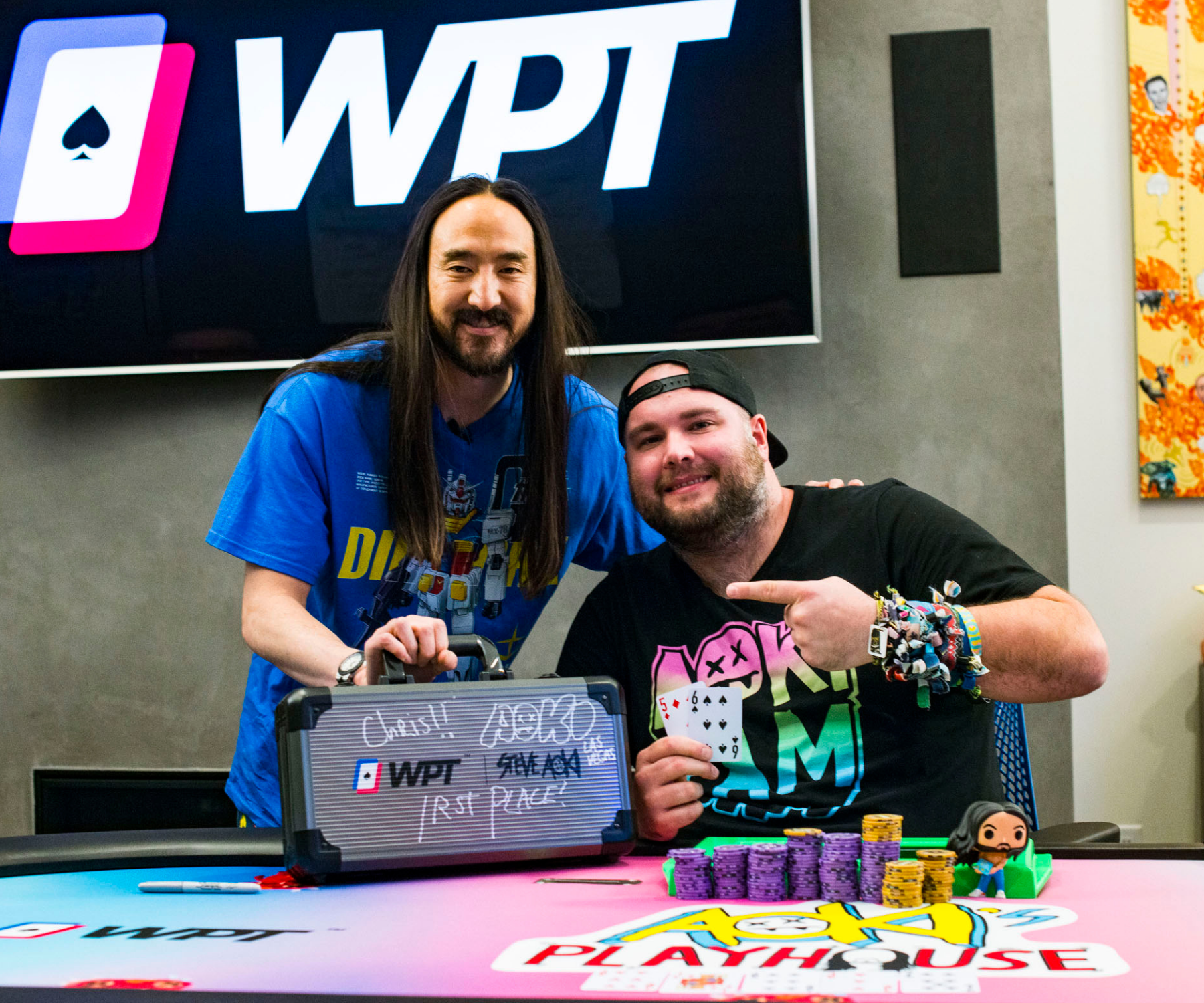 First was Chris Osse. Everything from his entry video, which was hand selected by WPT Ambassador Aoki, to his demeanor, to his seize the moment attitude showcased just how wholesome he was. His face just lit up on entering the house.

“This is everything,” Osse said. “This is what any fan would dream of.”

And he took full advantage of his experience, cannonballing more than 30 feet from Aoki’s balcony into his self-emblazoned pool below. 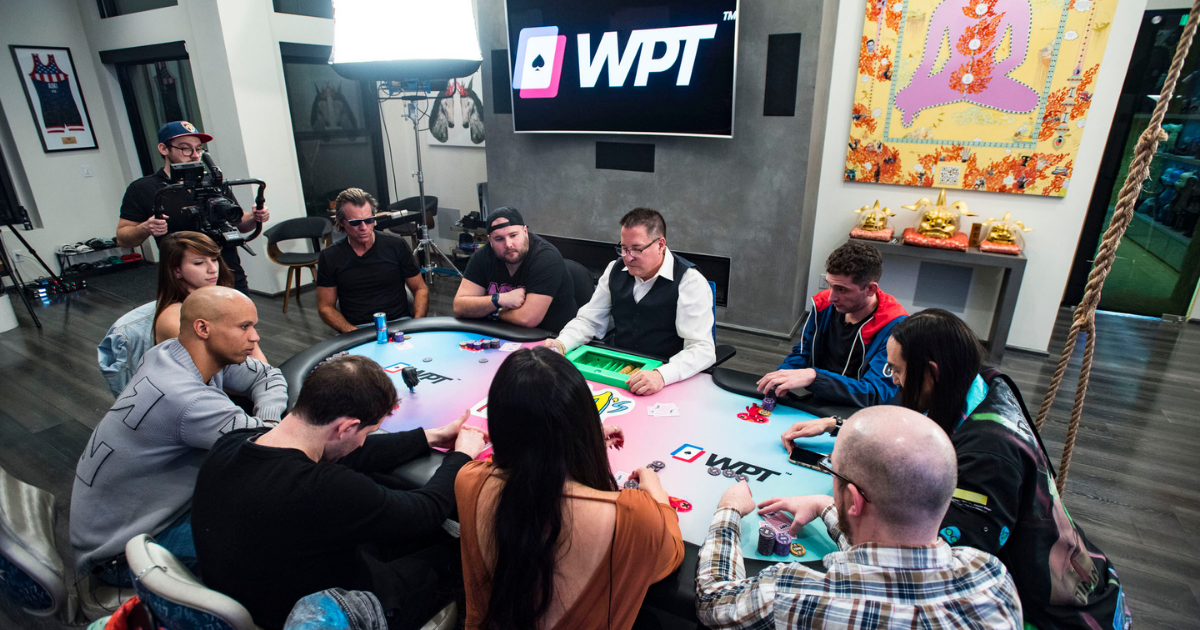 Zlatan Klimenta and Angela Santamaria were next. What a story these two are. Santamaria was selected for her video via Instagram which showcased her being caked in the face by Aoki, while Klimenta took a more conservative route via the website entry form. Nobody had any idea that the two even knew each other until they both posted on social media that they had been selected, tagging each other. Both are big fans of EDM, with Santamaria being the bigger Aoki fan, and Klimenta being the bigger poker fan.

And for Klimenta it was too good to be true as well.

“I thought it was a scam,” he said. “I had to Google and do all kinds of research before I believed it was real.”

Both joked about coming home married but taking “the leap” into Aoki’s pool was no problem for either of them.

Dan Sepiol and Kevin Olsta were the last two qualifiers. Both were bigger fans of poker than Aoki, with both of them being professional players. Each of them correctly guessed Aoki’s favorite hand (pocket sevens) on Twitter to earn an invite. While Sepiol admitted his guess was mostly luck, Olsta put a bit more thought into it.

“I saw the contest and started doing research,” he said. “I saw that Steve was born in 1977 on Wiki, so I guessed that sevens might have a good chance at actually being his favorite hand.”

For these two, it was the poker that most intrigued them, especially when special guest Phil Ivey made an appearance.

“I’m sweating,” Dan said before the sit and go. “I’m so nervous to play with Phil.”

Along with Ivey, Maria Ho also made a guest appearance, and in another act of kismet, it was a Maria Ho video that Klimenta used to help teach Santamaria poker.

All of that helped make serendipity the overwhelming theme of the night. But that’s what the World Poker Tour is all about: making dreams come true. Sometimes it’s a final table with a seven-figure prize on the line and sometimes it means getting the chance to spend the day hanging out at Steve Aoki’s Playhouse.

Los Angeles, CA (January 13, 2022) – Two-time Grammy nominated musician and producer Steve Aoki has joined the World Poker Tour® as an ambassador and will play a pivotal role in guiding a full revamp of the WPT® for what promises to be a historic 20th anniversary season. “It’s such an honor to be joining…

World Poker Tour ambassadors Steve Aoki and Brad Owen, as well as some of your favorite WPT Talent, are featured in the brand new Poker Heroes NFT collection produced by Web3 studio GAMAVRS. In partnership with WPT Global, a World Poker T the Poker Heroes project offers owners valuable perks and special access from within…