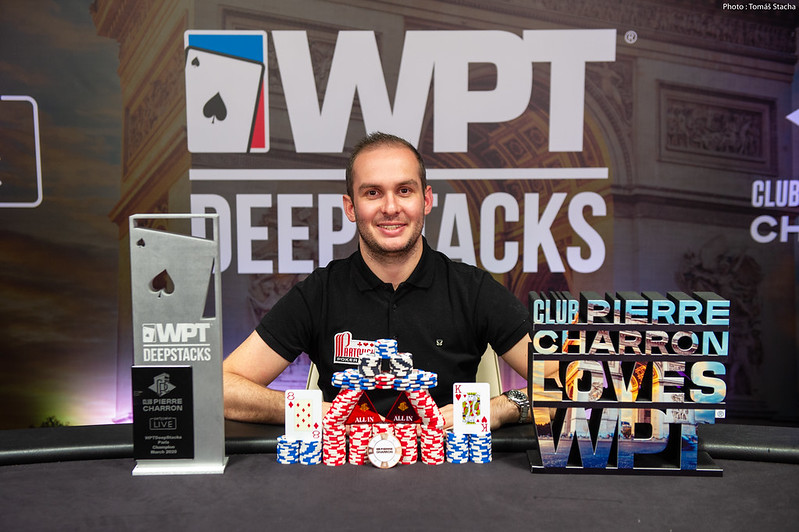 Season XVIII of the European WPTDeepStacks tour has drawn to a close and Sonny Franco has secured himself the top prize of €10,000 WPT buy-in credits for his achievement! Franco faced stiff competition from the likes of Silma Macalou and Omar Lakhdari, who took €3,500 and €1,500 in buy-in credits for second and third places respectively. The trio meant that the top three spots were secured exclusively by French players.

This year didn’t deviate from the trademark excitement, drama, and suspense that we’ve come to expect from the popular tournament series. There were, however, a few surprises along the way, none more notable than the regrettable early end to the season that meant the final two WPTDS stops were unable to take place due to events that have unfolded across the globe in recent weeks.

As a result, there were a total of nine opportunities for players to secure themselves WPTDeepStacks Europe Player of the Year points and the battle for a coveted top-three spot on the leaderboard in order to win themselves some lucrative WPT tournament credits. The shorter season made the achievements of the top three players all the more remarkable, as there were fewer events available in which to make their mark. 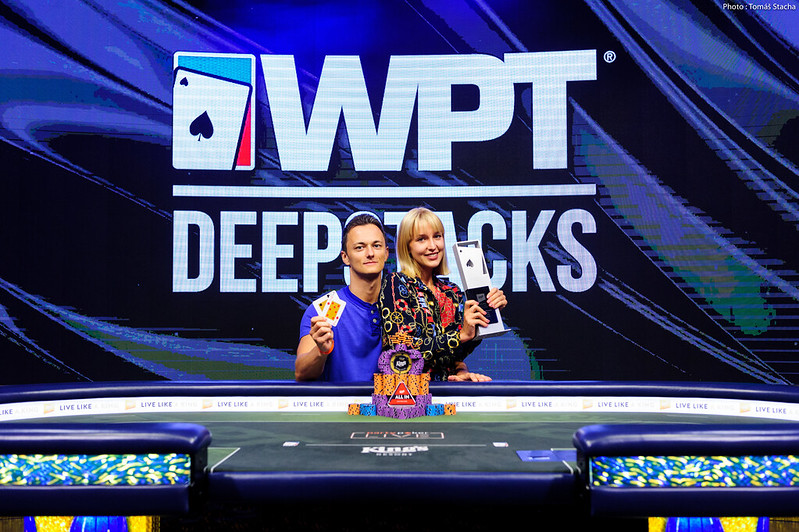 Marc Goschel (pictured) was first to take the lead, after winning 1,000 points for his win in WPTDS Germany, which kicked off the season in July 2019. Goschel was joined at the top by Macalou six weeks later following the Frenchman’s victory at WPTDS Portugal in September.

WPTDS Marrakech got underway two weeks later and this time the victor was Alejandro Roman who also took 1,000 leaderboard points. Roman’s win put him joint second in the race alongside Goschel but incredibly both players were even at this early stage, already seriously lagging behind Macalou… who had scored another 800 POY points for finishing runner-up! 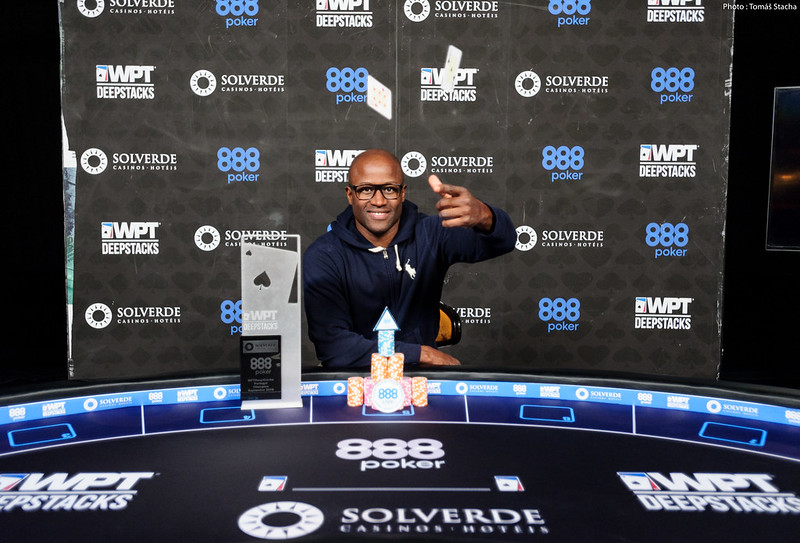 As Macalou (pictured) soared into the lead, the POY points may have provided some consolation for him, as a victory in Marrakech would have made him the first player ever to win back-to-back WPTDS titles. A record denied at the last by Roman.

With such impressive results already under his belt, it seemed unlikely Macalou would be beaten. But… this is poker and Macalou’s victories – though undeniably impressive – were not equivalent to the nuts just yet. There were a further six opportunities to win points and it was Sweden’s Michael Tureniec (pictured below) who took the biggest chunk of the ones available at WPTDS UK, after taking down the fourth event of the season and his second career WPTDeepStacks title. 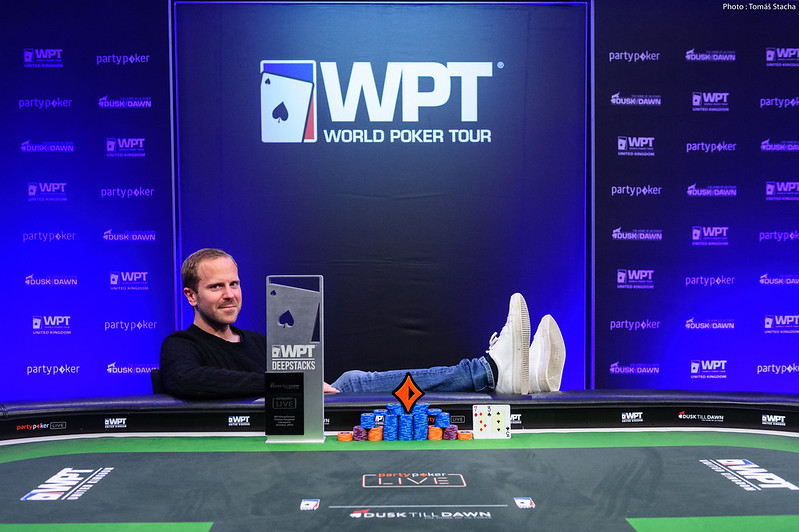 It wasn’t until the following month that eventual champion Franco began to make headway in the POY race. The first of two events held in Brussels took place in November 2019 and Franco narrowly missed out on a trophy after losing to Gregory Luttke-Grech heads up. Little did he, or indeed any of us, know that he wouldn’t have to wait long to improve on that result. 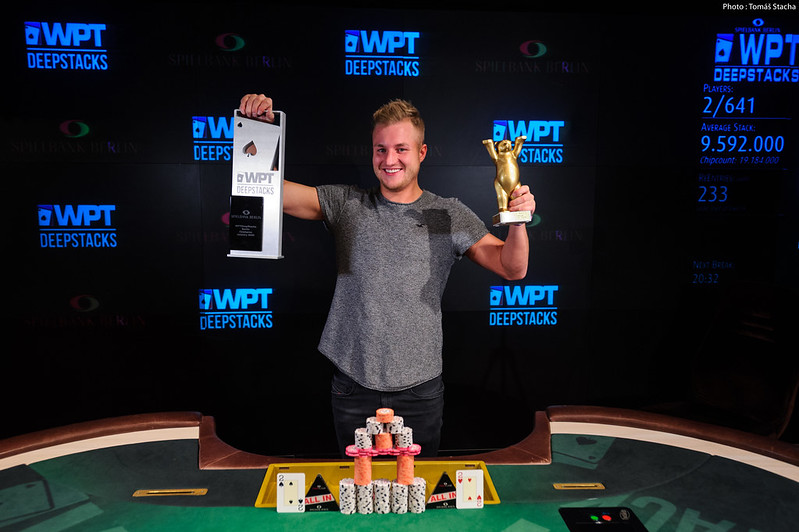 On to a new year and a new decade and it was Daniel Szymanski’s (pictured) turn to join the WPTDS hall of fame after he eliminated all the competition in WPTDS Berlin in January.

One month later and the tour returned to Brussels. WPT-circuit regular Omar Lakhdari already had two runner-up results in previous seasons, as well as a final table result in Germany at the beginning of Season XVIII. In fact, Lakhdari finishes the season with the highest number of cashes under his belt, having reached the money no less than four times! After many close calls, Lakhdari finally managed to go the distance. That result plus the points already accrued for his previous results enabled him to move into third place on the leaderboard. 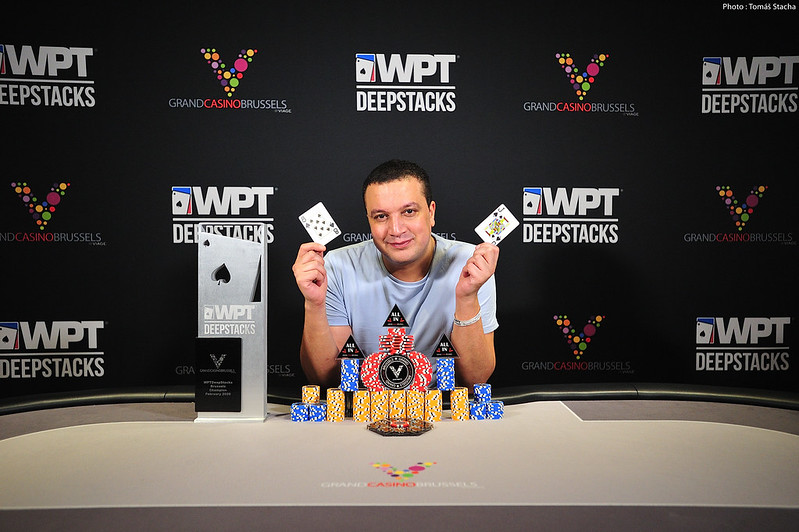 That brings us to WPTDS Paris, an event that was special in so many ways. It was the first time since 2015 that the WPT had visited the French capital and the desire for its return was clear to see as record numbers of players descended on the Palais des Congrès. The event also made history for being the first time a poker tournament in Paris was organized in a congress hall.

The Main Event alone saw 853 entries, the biggest field in a European stop for the season. The huge field meant not only bigger prizes up for grabs, but a bigger player of the year points up for grabs too! Franco, who admitted being disappointed in finishing second in Brussels, went all the way this time and he took 1,200 points for the result, putting him straight to the top of the leaderboard and locking up the €10,000-worth of prizes. 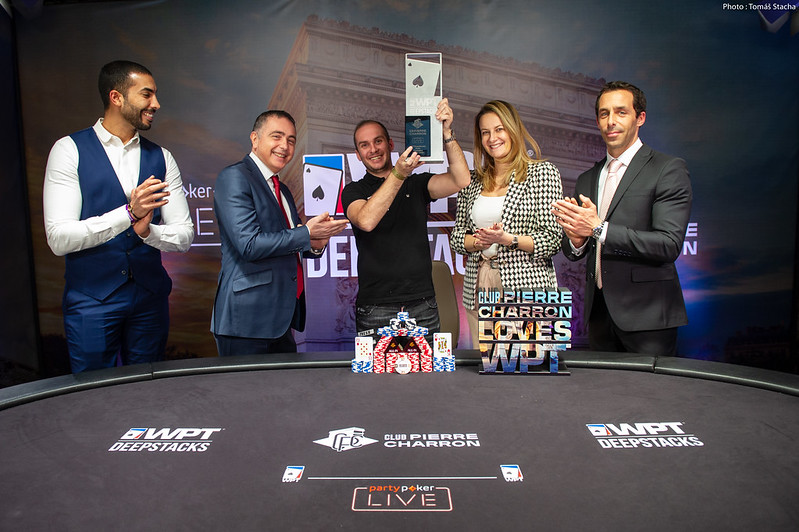 WPT would like to congratulate Franco, Macalou, and Lakhdari, for their incredible performances and for providing everyone here at WPT.com with so much entertainment and exciting poker during the last year. We cannot wait to see what next season has in store for them.