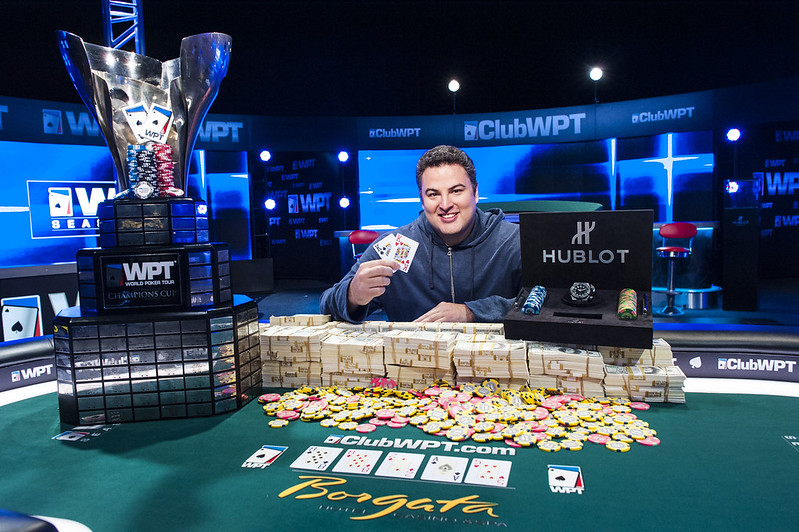 David Paredes enjoyed winning his maiden World Poker Tour Main Event title more than most when he captured the crown in Borgata in September 2015. As we spoke to him about his memories five years on from what he still regards as his greatest moment in poker, the former champion talks about going one step better than the previous year drove him on.

“I had a lot of confidence heading into the tournament because the previous January at the Winter Poker Open, I’d finished second. I felt like it gave me the confidence that I could do it again and go on a deep run.”

Paredes did just that in a tournament that featured some great players, the cream of whom reached the final table. He puts a lot of his success down to his natural enjoyment of the WPT structure.

“I come from a cash game background, so people who understand deeper stacks play a little better. I’m not the best at shorter-stacked tournament play, but deeper stacks I’m pretty good. Of course, it was a tournament. You have to run so good just to have a chance of making it that far. All the confidence in the world only helps if you have the rungood and I had a lot of that too.”

Paredes concedes that tournament poker is about continually putting yourself in the position to play well so that when the run good does happen, you can take advantage of it and give yourself a chance to run deep. He did just that when he won this crucial hand.

One player Paredes was happy to bust was Maurice Hawkins.

“It was really interesting to play against him. He made a brilliant fold to me on the river earlier at the final table, and I was very impressed. It was my first time playing with him deep in a tournament and he played great. I could see why he has such a good record, but I was lucky enough to bust him in 4th place in a cooler scenario when I had pocket aces against his pocket tens. It was nice to get him out of the way.”

The general standard at the final table was very high. Both Paredes’ opponents three-handed were highly respected pros.

“Joe Kuether has always been an amazing player and James Gilbert has shown himself to be very good in the past few years, so there were a lot of great players [at the final table].”

Paredes came into three-handed play with the benefit of hindsight from the previous year. He would use it to his advantage. 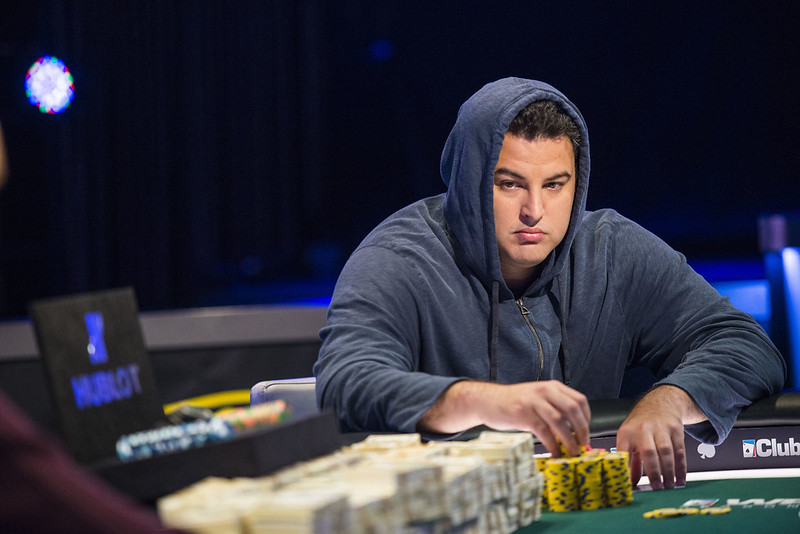 “The previous year, I had made some mistakes playing heads-up, mainly playing a little too loose with my three-betting range. Heading into this final table, I was very conscious of how people might over-adjust when it got short-handed, just because I’d seen that happen to myself a year prior.”

The all-in and call that would define Paredes tournament was a close call and posed a problem to him. Looking back, he can see that he was willing to take that risk and go with the information he’d put together.

“It’s somewhat standard to get in ace-queen for 47 bigs, but at the same time, people’s five-bet ranges don’t necessarily include ace-jack for 47 bigs too. You could argue that his five-bet is too loose and when I four-bet, he can just call or fold. It was a tough situation and the only reason that I played the hand as I did was because of my experience the previous year, with people’s range over-expanding slightly.”

With the cards on their backs, five cards were to come that would be either the potential making or definite breaking of Paredes’ dream. If he lost the hand, he was out of the tournament.

“The emotions are running through you and you try to be as stone-faced as possible but in reality,it’s a huge equity moment in your career. All you can do is play the hands as best you can and hope for the best when the cards are on their backs. It feels like you can control the outcomes to an extent, but at that point, you have no control. It’s a scary moment and an emotional one too, but I was so thrilled to just get that big double.”

Paredes used the mental boost winning that hand gave him to give himself a push and held new belief going into the denouement of the event.

“I felt like ‘OK, now I really have a chance to win this title’, which was my first title. The year before, I’d come so close, coming second, had a piece of it, but really felt regretted how I played heads-up. This time, I wasn’t going to make the same mistakes. I wanted to use that experience to play the best I could.”

It would be one of the World Poker Tour’s great redemption stories. Celebrating the win felt like the happiest night of Paredes’ life.

“It was amazing. I was so exhausted at that point after five long days of play, I was almost in a daze. In the next couple of weeks, I celebrated with friends and family and felt a huge sense of relief and accomplishment. It wasn’t a monkey on my back, because I’m a cash game player and that’s how I make my living. But I wanted to have some success in tournaments. I’d worked so hard on my game and those moments are so special. I finally did something that I could be really proud of and in the future look back on with fondness.”

Paredes now says that his win in Borgata was ‘definitely the highlight of my poker tournament career’ and it meant so much to win at that venue thanks to his history with the venue, too.

“It was the first major casino I went to, the Borgata. It was in the basement poker room there that I cut my teeth as a grinder. To have my first big win at the casino that I’d been coming to since 2005 when it opened was just an incredible feeling. It did feel like a homecoming victory.”

Paredes is hungry for more titles now, and after many years cementing his reputation as a cash game legend, he’s returning to tournament poker, and in particular, the World Poker Tour.

“The biggest thrill would be to climb the mountain again and win another title. I love the WPT specifically just because that’s how I got my start; watching old shows and seeing the great players like John Juanda and Phil Ivey, all the people from those old broadcasts. That inspired me when I was starting to play. To have that chance to be there and win that title yourself is amazing. I’d like to get there again.”

If anyone can win another World Poker Tour, it is the indefatigable David Paredes. A year after he missed the win by just one place, he proved lightning poker wits can strike twice and captured the biggest win of his career in Borgata for $723,227.

It’s the kind of memory that the World Poker Tour is made of.