What a few days it has been! The WPT500 Knockout and Super50 Knockout events have been playing down to their respective final days, both of which will take place this evening over on partypoker.com.

Among all that excitement a further five titles have been won too, including the last High Roller event of the series. That means a lot to catch up on, and there is no better place to start than with the two huge finals that will play to a winner tonight.

The final of the $530 WPT500 Knockout has finally arrived, and tonight’s crescendo will round off three action-packed days of poker. Armin Rezaei leads with 284,050,862 (81 big blinds) but the Austrian, who is playing from Malta, faces stiff competition from second and third place starters David Lopez Llacer and Benjamin “frenchsniperrr” Chalot, both of whom are also chipped up and will bring a wealth of experience with them. 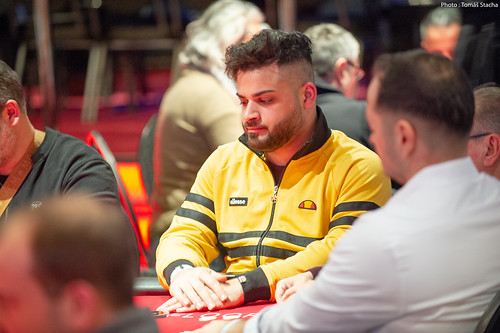 Lopez Llacer has more than $1 million in live tournament earnings and returns with a very healthy 284,050,862 stack (74 big blinds), not to mention the only five-figure bounty prize accumulated so far with $13,004 already in the bank. Meanwhile, Chalot, whose online prowess has already been proven after he took down the Millions Online 2019 for more than $2.2 million, will be playing with a stack of 64 big blinds when the final resumes at 20.05 (GMT).

Everyone has locked up at least $7,352 plus whatever lucrative bounties they are able to gather on top. The huge prize pool was smashed with a smidge over $1.3 million collected in the end after 2,601 players descended to give it their best shot (or shots the instances where re-entries were used). That means two huge prizes worth $76K for the winner and runner-up from the main prize pool alone!

The cards-up coverage on the live stream will take place tonight, with WPT Champions Club member James Dempsey and Team partypoker’s Jeff Gross there to guide you through every minute of the final table on the WPT Twitch channel.

The ‘mini’ version of the WPT500 Knockout saw an enormous 9,046 entries in total, which created a final prize pool of $452,300, once again easily exceeding its guarantee. Last night, 1,336 had progressed from the multitude of Day 1 flights and 24 16-minute levels were on the clock for Day 2, during which that number was dramatically reduced to 28.

Play will pick up where it left off, with Level 25: 2M/4M (500K ante) and with 24-minute levels from the get-go right the way through until the end, it is likely to be a marathon finale with some huge stacks in the mix.

Currently, $646 is guaranteed from the main prize pool for all those returning at 20:05 tonight. Lucas Frazão will face the biggest challenge of those, coming back with 43,871,792, which is worth 11 big blinds. If he is able to spin up, as much as $23,558 is up for grabs, not to mention any bounties collected added on top of that.

The biggest buy-in side event of the last few days was the $5,200 High Roller. The highly anticipated event attracted some of the world’s finest players to the online tables. The result was a prize pool that easily eclipsed its huge guarantee – with a total pot of $415,000 by the time 83 entries had sat down to play before late registration closed.

American superstar Steve O’Dwyer picked off the competition to claim the top spot, bagging himself $115,641 in the process. The person who came closest to toppling him was German high stakes regular Christoph Vogelsang. He fell at the last but never-the-less banking $73,213 for his runner-up finish. 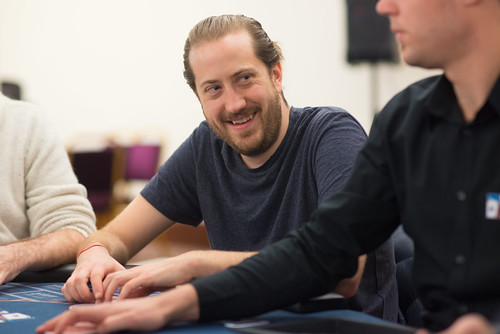 Yuri Dzivielevski (9th, $14,539) may have bubbled an FT seat, but Niklas Åstedt bubbled the event overall, leaving in 14th place and failing to make any return on his investment.

The $215 event gathered 156 entries to create a pot of $31,200. Ihor Palko saw off the competition to take a total prize of $6,392 after beating Morten Hvam ($4,045) heads up. This rounded off four and a half hours of fast-paced poker, with an eight-minute blind structure in place.

With blind levels just five minutes long, this was always going to wrap up in record time. Three-and-a-half hours is all it took in the end for Søren Smith Hansen to prevail and take the lion’s share of the $48,250 prize pool. He was the last man standing of the 193 field after he dispatched with runner-up Alexander Joseph Tarnok who collected $7,060 for his result.

Floyd Rosner, who is third in chips in the Super50 Knockout final, locked up a third-place finish here and turned the $265 buy-in into $4,968.

The $1,050 event saw 82 players step up and once again the guarantee was far exceeded by the time registration closed with an $82,000 pot to play for. Argentinian pro Damian Salas rose to the top of this one and won $25,976, including a monstrous $17,656 in bounties for doing so.

Salas had to beat some very tough opponents, including runner-up Yuri Dzivielevski ($11,905) who makes his second appearance in today’s highlights after his 9th place in the High Roller.

The last player to get their hands on a WPT title, was Adem Marjanovic. The Austrian who was playing from Malta, had a particularly tough heads-up opponent, facing off against partypoker’s own Matt Staples. Marjanovic pads his bankroll with $7,298, while Staples saw a return of $5,057.

Prior to that, the pair had faced a total field of 182 entries and it took five hours and 21 minutes for them to see off the rest to claim their share of the $36,400 prize pool.

The final side event of the series is here. And the Closer is the perfect way to round off what has been an incredible series from start to finish. The $530 PKO comp is a one-day event and features a $50K guarantee. If that is a little out of your budget, there are several satellites running today. Your last chance to qualify for less starts at 20:45, ahead of the 21:15 Closer start time.