By Lisa Yiasemides As the festival enters its final week, the action has been hotting up. Last night three High Roller events took place, two of which played down to a winner. The Weekender finale also played out, while three more starting flights in the WPT500 Knockout events got underway. And that means that today…

As the festival enters its final week, the action has been hotting up. Last night three High Roller events took place, two of which played down to a winner. The Weekender finale also played out, while three more starting flights in the WPT500 Knockout events got underway. And that means that today survivors will prepare themselves for Day 2.

As if all that wasn’t enough, the jewel in the crown of the entire festival – the $3,000,000 guaranteed Main Event – got out of the starting blocks as Day 1a took place last night!

This one-day event was added to the schedule and with a $25,500 buy-in, the field was naturally full of world-class poker players. The guarantee was exceeded after 43 players sat down to play, putting $1,075,000 into the prizepool. 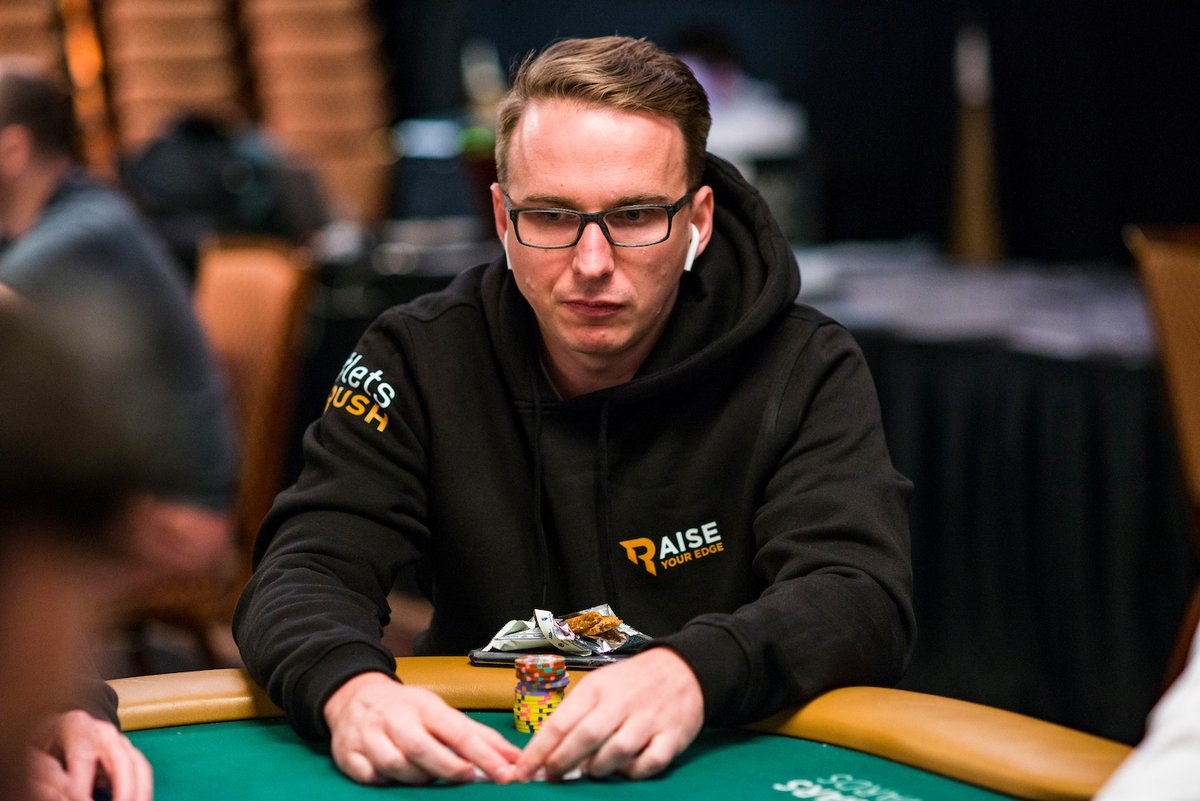 Online poker legend Benjamin “bencb789” Rolle ($381,400) was the one to take it down, and the German (though playing from Austria) only needed one bullet to do so. He took the title, after besting Russian heavyweight Artur Martirosian ($234,244) to the top spot, bringing to an end seven hours and seven minutes of play in the process.

A huge 313 entries in Day 1c of the $1,050 event was almost enough to get the Weekender to reach its guarantee, but in the end, it fell 11 players and $11,000 short. Arnaud Enselme was the biggest beneficiary of the added value when the UK-based Frenchman came out on top of the 489-strong field to collect $72,189, half of which were garnered via bounties. 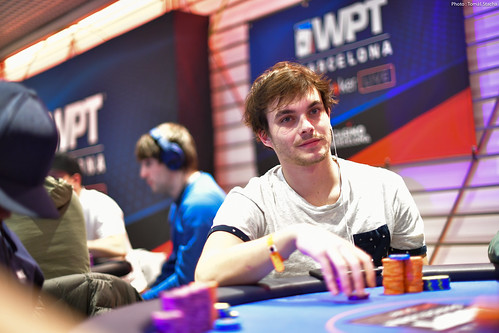 The Frenchman’s entry into the final day was somewhat quiet, turning a 100,000-starting stack into just 332,831 during Day 1a. Yet, he managed to rise through the ranks, outlasting players such as Joshua Mccully, who started the day with the chip lead, after accumulating a massive 2,618,962 in Day 1c. The New Zealander used his stack well but fell in 25th place for $6,818 ($4,781 bounties).

These $5,200 often prove popular and last night was no exception with 51 entries (including re-entries generating a $255,000 prizepool. Ten-minute blinds meant the tournament was all wrapped up in just under five and a quarter hours. 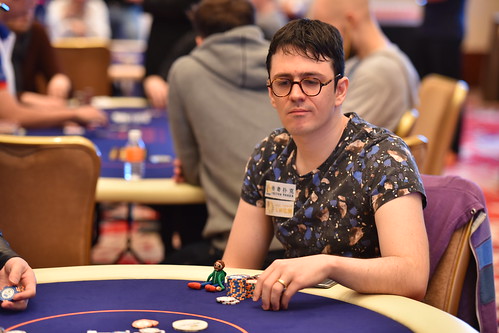 The top spot was claimed by none other than partypoker Ambassador Isaac Haxton, who won $77,784 for first place, after eliminating David Peters ($55,547) in second place. The rest of the final table made a return on their investments too, with all nine places paid.

Those numbers have added to all the previous flights and the prizepool generated from entries currently stands at $914,500. Day 2 will then kick-off at 20:05 this evening, with the final table scheduled for the same time tomorrow, Tuesday 25 May. The current chip leaders to beat are listed below, and they will return to play blinds of 25,000/50,000 (6.25K ante) with 16 minutes on the clock. 274 players are still in the running at this stage.

By far the biggest field witnessed to date was Day 1h, with Day 1i the second most popular, and incidentally some of the strongest contenders in the event overall built their stacks in one of these two flights: David Fernando Tavares Fialho (11,685,592), Victor Ilyukhin (11,000,262), and Bradley Ackers (10,250,775).

The $10,300 two-day event began last evening too, with the final table all set to play to a winner tonight. Online star Simon Mattsson (1,546,323) will return in pole position after he finished top of the counts when the clock was paused with 17 remaining. 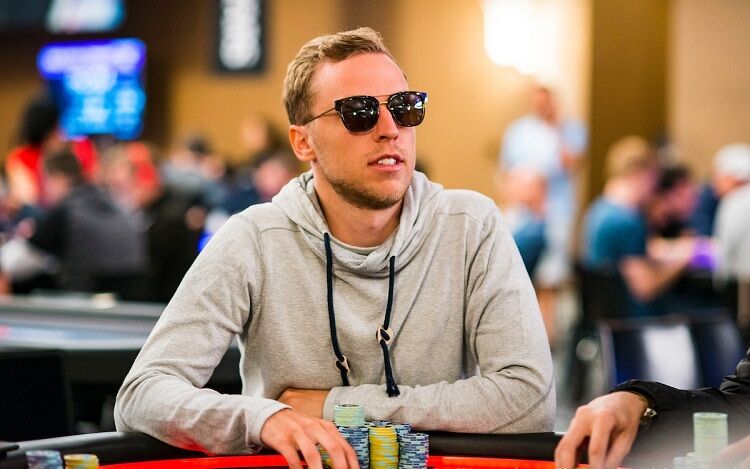 The 95 entries combined meant that the guarantee was five players short, so they all return to fight it out for a share of the $1,000,000 prizepool, with $249,791 the top prize. Second and third places will also secure a six-figure score, with $166,429 and $116,183 the payouts for the silver and bronze positions. All the finalists are guaranteed a return, with at least min payout of $21,277 locked up.

Wiktor Malinowski, another player with a huge online reputation, is Mattsson’s closest rival, after he virtually bagged 1,393,128 chips. Sven Joakim Andersson (1,388,537) is right behind them, with a significant gap between the top three and the rest of the field.

The main attraction of the entire festival also kicked off last night, with the first of two Day 1 flights now in the books. The $3,200 event attracted 521 entries in total, putting $1,563,000 in the pot, a little over halfway towards that enormous $3,000,000 guarantee. 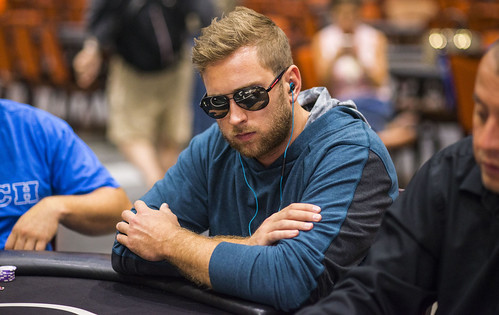 Satellites for Day 1b are running each day, and with six of the 78 players to advance to Day 2 winning their way into the Main via a Mega Sat, these tournaments offer an incredible opportunity to spin up into life-changing money. Viacheslav Zaslavskii (15th, 2,284,875), Martin Stausholm (34th, 1,393,471) and Benjamin McMenemy (48th, 823,945) all return with a decent stack in front. 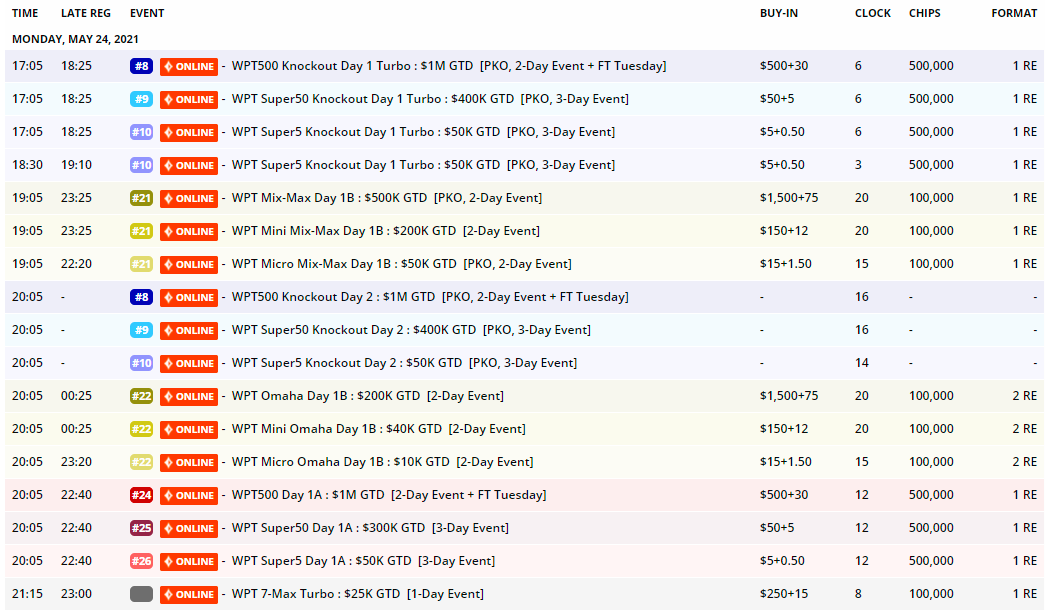 By Lisa Yiasemides Last night was set to be an epic one and it did not disappoint with a whopping 12 players getting their hands on a WPT title, as millions of dollars were awarded in prizes. But more on that in just a moment. The other big stories of the evening were the start…

by Lisa Yiasemides What a weekend! There is a huge amount to catch up on in today’s blog, with Day 1b in the Main Event playing out yesterday, not to mention the conclusion of the $5,200 High Roller. Three Day 1s in the Montreal Masters also took place, as well as Day 1 in the…

Los Angeles, CA (May 7, 2021) – The World Poker Tour® opens its 19th season online with partypoker for the WPT® Online Series. The latest venture between the global partners takes place from May 14-June 2, 2021 and is highlighted by the WPT Online Series Main Event from May 23-June 2, whose winner will become…