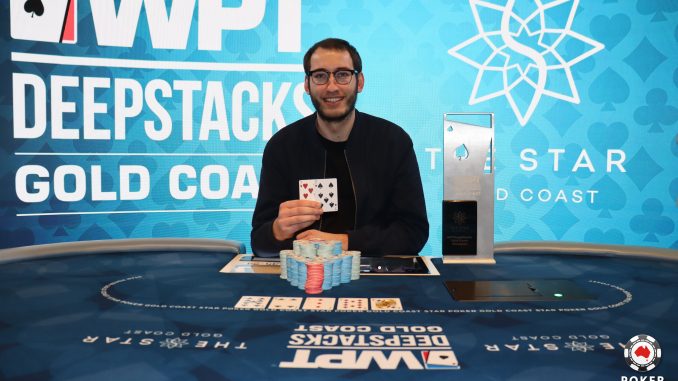 Will Davies has staged an epic final table comeback to win the inaugural WPTDeepStacks Gold Coast and claim the first place prize of $252,729.

Better known as the tournament director of popular Sydney poker venue The Poker Palace, Davies showed tremendous patience early on to see out the short stacks and cruise into 3-handed play against tough duo Alex Lynskey and Mike Maddocks.

From there, Lynskey was quickly eliminated and after a softening up period heads-up against Maddocks, Davies again prevailed in the first major clash between the two when his

Aside from the hefty cash prize, Davies now holds the honour of winning the largest WPT main event field in Asia-Pacific history, with the 1,113 entries bettering the 898 players that took their seats at WPT National China in 2014.

From the chilly winter nights of Sydney to the shining sun of the Gold Coast, Will Davies will forever be the 2021 WPTDeepStacks Gold Coast Main Event champion!