Basle, Zapantzis lead the way on Day 1B of WPTDeepStacks Gold Coast 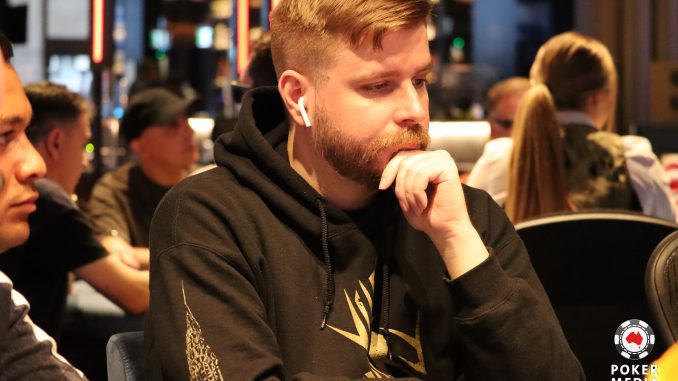 The duo were the only players to top the half-million mark on Friday, joining Thursday’s chip leader Hussein Hassan (533,000) as the men to catch on Day 2.

But the big news was the 330 players who took to the felt for the event’s second flight, joining the 340 from Day 1A for a combined total of 670 entries so far.

With one more flight remaining, it seems almost certain that we’ll crack the magic 1,000 mark – a tremendous result for the WPT and testimony to the enormous desire of the Australian poker community to see poker back where it belongs following the trials and tribulations of the past 12 months.

Of those, Krost, Huntly, Stojanovski and Maddocks survived the day’s play, as did Michel Bouskila, Martin Ward, Jimmy Ghobrial and Emmanuel Seal. In total, 46 have progressed through to Day 2, joining the 52 from Thursday’s opening flight.

The top 5 chip counts from Day 1B are:

The PMA team will back again tomorrow for Day1C of the main event so be sure to join us at pokermedia.com.au from 11.30am as we bring you all the action from The Star Gold Coast.