WPT Online: See When You Can Qualify Starting at $5

Stockings have been emptied and the gifts ripped open. With the holiday festivities wrapped up, Dec. 27 becomes poker time for many northeast online poker players. The $3,500 WPT Online Poker Open features three days of action on the partypoker US Network in New Jersey with $1 million guaranteed.

The event also makes some history as the first time a WPT Main Tour championship available online for players in the U.S. The winner has his or her name added to the Mike Sexton WPT Champions Cup. Beyond that, the champion earns a $15,000 seat into the WPT Tournament of Champions presented by Baccarat Crystal as well as points toward the Hublot WPT Player of the Year race.

The final table will also be live streamed and should make for a prestigious event for the U.S. online poker market. Several WPT regulars have already announced their plans to play. In addition to the Main Event, players have the opportunity to jump in some nice side events as part of the series. Late-December promises to be quite a WPT online party.

Adding to the action at partypoker US Network

Players will find three additional events as part of the WPT Online Poker Open. One of partypoker US Network’s popular Phase tournaments kicks off the expanded schedule on Dec. 28. Unlike a traditional tournament, Phase tournaments allow players to enter an initial phase tournament at a lower buy-in than the Phase 2 buy-in.

Throughout the year, partypoker US Network works to offer players a shot at some big money at a lower buy-in. The Phase events are a large part of that and those efforts now carry over to this WPT series.

A couple of other events also highlight the schedule and should attract some interest. On Dec. 28, a $215 Eight-Max NLHE event offers players a $20,000 guarantee.

Those missing out on a Main Event final table appearance on Dec. 29, still have a tournament to look forward to. The $535 Eight-Max NLHE features a $30,000 and should attract plenty of players looking to keep the fun going. The $215 Phase 2 event then closes out the series on Dec. 30 with one last shot at a title.

Players looking to get in the Main Event have several opportunities to give it a shot throughout December. Partypoker US has already launched daily $5 and $45 qualifiers. Those who advance in a $5 qualifier move on to a $45 event. Those who then qualify in those can take a shot in a $400 satellite for the chance to earn a seat.

Those qualifiers are already underway and run through Dec. 26. The site ramps up the satellites even more beginning Dec. 13. Along with daily qualifiers, players will find $400 satellites running every few days for a total of nine leading up to the Main Event.

The final satellite is a turbo event set for Dec. 27, offering one final opportunity to earn a seat in the championship. Here’s a look at the complete satellite schedule: 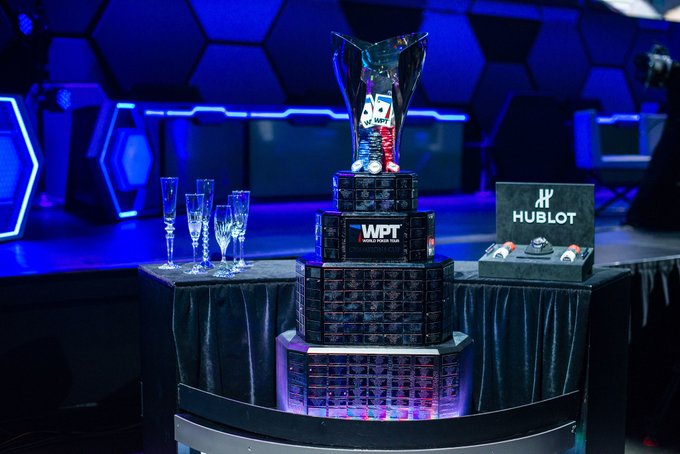 Expanding the partnership between WPT, partypoker US Network

New Jersey grinder David Coleman took the title for $56,586 plus an $11,000 prize package to play in the Five Diamond World Poker Classic. He’s already planning on playing the Online Poker Open as well.

In September, the WPT ramped up the action a bit more on partypoker US Network with the $1,060 WPT Online Borgata Series. WPT Champions Club member and New Jersey native Tony Sinishtaj won that event, which produced 440 entries for a $432,700 prize pool.

For his efforts, Sinishtaj secured a $77,350 payday and a Hublot Big Bang E Titanium watch valued at $5,200. He’ll be back in the field later this month as well, hoping to add a second tour title to his resumé.

With the latest event, the WPT and partypoker US Network have now added to the American online poker market even more. Plenty of WPT players will now be looking to click their way to a Main Tour title. The satellite and Phase event structure also make it possible for Regular Joe and Janes to take a shot at some WPT glory as well. It should be a nice way for US players to finish the year.

Players can register and deposit from anywhere in the US via PayPal or PayWithMyBank before heading to New Jersey.

“The WPT Online Poker Open brings the most prestigious prize in poker to New Jersey and the partypoker US Network,” WPT CEO Adam Pliska said in announcing the event. “WPT’s continued pivot toward online will continue with another landmark for regulated online poker in the United States.”