The WPT Online Series on partypoker has crowned another three champions on Tuesday, May 25. It was a very successful day for poker players from Brazil, as the powerhouse from South America boasted at least two finalists across Event #08 WPT500 Knockout, Event #09 Super50 Knockout, and Event #10 Super5 Knockout.

The string of success included one outright victory and two runner-up finishes with Caio Pessagno earning the biggest payday in the trio of PKO tournaments. He was the only one to walk away with a six-figure prize after coming out on top of a notable final table line-up.

Out of a field of 2,054 total entries, all Day 1 survivors locked up a portion of the $1,027,000 prize pool. With juicy PKO bounties up for grabs, the remaining 307 players battled for six hours and 45 minutes to reach the final table. At that point, the action was stopped and picked up the following day on the partypoker live stream with cards-up coverage and commentary on a 30-minute delay.

Several notables made the cut but the opening hour on the final table sent most of the biggest names to the rail. Among those to vanish early on was Jerry Wong, who four-bet jammed ace-king into the kings of chip leader Yulian Bogdanov. 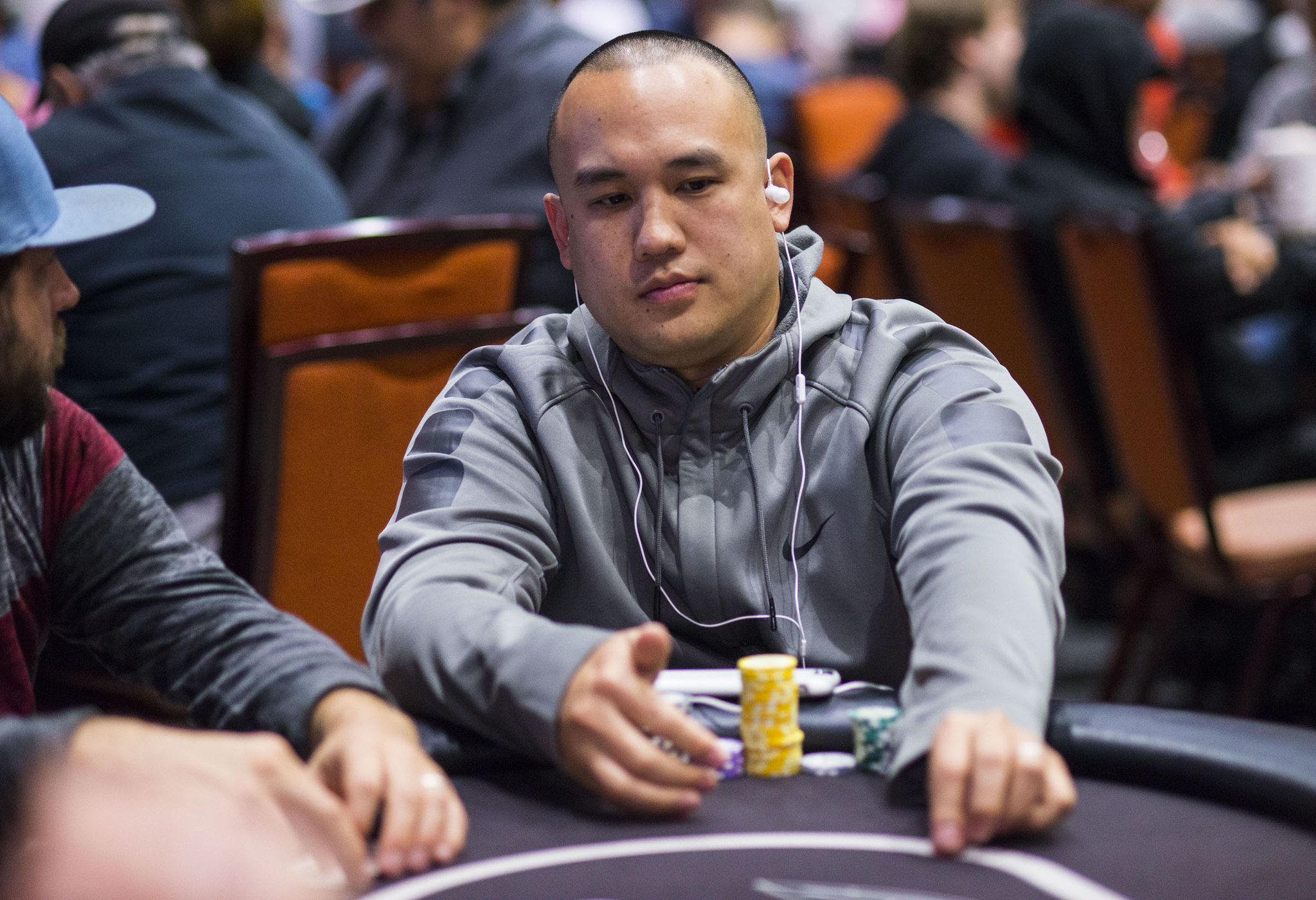 The second casualty of the final table was well-known Brazilian poker pro Fabiano Kovalski. He found a premium hand in pocket kings only for fellow countryman Caio Pessagno to turn over pocket aces. There was no miracle for Kovalski and he bowed out in 8th place for a combined payday of $11,095.

Pocket aces were also involved in the next pivotal all-in showdown. French-Canadian poker pro Charles La Boissonniere clashed with Manfred Hermann, who jammed with the nut flush draw and got there on the river. La Boissonniere was unable to add further bounty prizes beyond those already accumulated and cashed for a combined $13,769.

Former WSOP Main Event finalist Michiel Brummelhuis was still in the mix and spent most of the night in the middle of the pack. In his final hand, the Dutchman three-bet with aces and Bogdanov called with king-queen suited. Both a king and queen appeared on the flop as the chips went in. Brummelhuis found no help with two blanks and turn and river to cash for $19,662.

Sebastian Hoyos Villegas successfully laddered a few spots as the table short stack and busted in fifth place, followed by Diogo Coelho in fourth. Start-of-the-day chip leader Bogdanov then sent over a big chunk of his stack to Pessagno and lost a race with king-queen suited against the pocket nines of Hermann.

The heads-up duel between Pessagno and Hermann started almost even in chips but the Brazilian quickly pulled way ahead. In a memorable final hand, Hermann fired three barrels with a busted draw but his move was sniffed out by Pessagno. Both earned a near-identical cash prize but the bounty portion of Pessagno made the difference in the overall payouts.

Day 2 whittled the field down to the final three tables and concluded at the end of level 24. Among the early casualties on the final day was Austria’s Roland Panny for nearly $1,900 in bounty and cash prizes. Eight players from Brazil reached the top 20 and four of them made it all the way to the nine-handed final table.

Luis Carlos Krupinski was the first to fall thereafter and exited in 8th place for $3,752. Altino Neto in 6th place ($7,299) and Matheus Fonseca in 5th place ($8,701) reduced the hopes of a second Brazilian victory to Leonardo De Souza Alcantara.

The UK’s Alex Whitenstall bowed out in 3rd place for a combined $15,995 which set up the heads-up between De Souza Alcantara and Russia’s Mikhail Iulaev. Both locked up more than $22k in cash and it was Iulaev who earned the final bounty to claim the title and $31,585. De Souza Alcantara walked away with a combined payday of $25,881.

Last but not least, the budget Super5 Knockout drew a field of 10,158 entries, and the cash portion of the $50,790 prize pool was shared between the top 1,446 finishers. They all earned at least $5.84 in cash on top of their accumulated PKO bounty prizes.

Nine players from Brazil reached the final three tables and two of them made it to the official final table. Several Brits were in the mix including Zsolt Bakonyi, Chris Macleod, John Mcbride, and Birute Jankaitiene, the latter of which busted in 10th place for $136.27 in bounties and $176.10 in cash.

Emerson Sell Dos Santos had one of the larger bounties heading into the final table but was the first to bust to walk away with $459. The first four-digit prize was awarded to Serhii Stativa in 5th place ($1,034). Another Brazilian victory was denied eventually as Alexandre Palmas Teixeira ($3,178) lost the heads-up duel with Belgian player Alain Caliber (3,786).

The festival is now gearing up for the remaining starting days of the WPT Online Series $3,200 Main Event, which is already halfway through to meeting its $3 million guarantee after Day 1a. Check out all upcoming tournaments on partypoker LIVE.