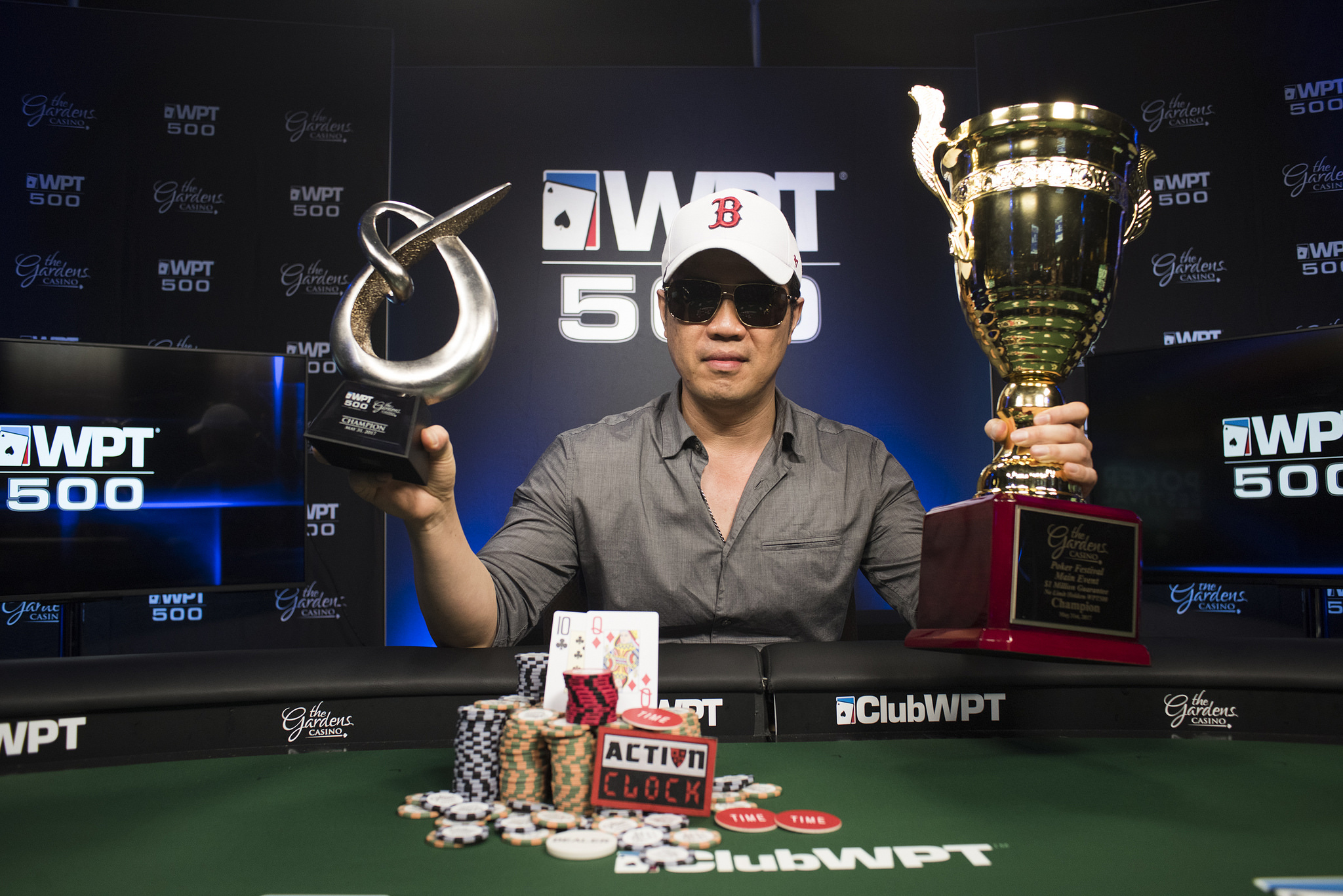 The final table of the first-ever WPT500 Los Angeles played out on Wednesday, with Dong Le emerging victorious to take home the $224,500 top prize in his first WPT event. Le topped a field of 3,266 entries to earn the title and will forever have his named etched in poker’s history book as the first WPT500 champion in California.

Le, a real estate broker for 20 years from Boston, Massachusetts, entered the WPT500 Los Angeles final table third in chips and making the biggest live tournament score of his career. He quickly asserted himself as the table captain, even despite not entering with the chip lead. Le’s aggression was paramount, and it was the key factor in what allowed him to come out on top.

It was made known early on during the final table that Le would be one of the most active players there. He opened up his play a bit, but at first it didn’t work out so well for him as he started by bluffing off a chunk of chips to start-of-day chip leader Peter Hengsakul.

Through the first 16 hands, Le stayed active, whereas Greg Roberts didn’t do much at all. He moved all in once, but his shove went uncalled, and then on Hand #17 of the final table he ran kings into Mike Eskandari’s aces to bust ninth.

Hengsakul increased his chip lead with a stack of nearly 16 million when he busted Eskandari in seventh place on Hand #25. In what was a brutal beat for Eskandari, his pocket jacks went down in flames to Hengsakul’s

thanks to a king on the river.

Then on the next hand, Hand #26, Deepinder Singh busted to Owen Crowe in sixth.

Through the first 32 hands of the final table, Hengsakul had extended himself from the pack with 18.85 million in chips, and Le had moved into second position with just under 10 million in chips.

On Hand #34, Crowe doubled through Le, but then Le doubled right back through Ilya Shpiner on the next hand. Very shortly after, on Hand #37, Le knocked out Shpiner in fifth place and moved to over 10 million in chips.

Le’s aggression and activeness kept up from there, and he even busted Richard Tae Kim in fourth place. Le’s

Crowe, who began the day as the shortest stack returning to the final table, worked his way to three-handed play with plenty of poise as his experience shined. Crowe would even bust Hengsakul on Hand #51 when Hengsakul’s squeeze shove ran into a big hand from Crowe.

Heads-up play saw Crowe begin with 25.2 million in chips and the slight lead over Le, who had 22.325 million.

The heads-up match lasted 16 hands, and Le won the first nine of them. He would win 11 of the 16 heads-up hands, with the final blow dealt on Hand #67.

, which turned out to be the gin card for Le. He checked, Crowe moved all in, and Le snap-called with the

for a king-high straight. Crowe had the

and was in need of a ten to chop the pot in order to stay alive. The river was the

, and that was all she wrote for the first-ever WPT500 Los Angeles.

Next up for the WPT500 series is a trip to Las Vegas, Nevada for WPT500 Las Vegas at ARIA Resort & Casino. With the same $565 buy-in and the same $1 million, the WPT500 action takes to Sin City June 26 for the first of nine starting flights.