The team at the World Poker Tour has been working hard behind the scenes to put together a special trio of online WPTDeepStacks events for poker fans to enjoy and compete in over the next few weeks.

Partnering with 888poker, three networks will have the opportunity to become part of the signature tour’s history as WPTDS London Online, WPTDS Italy Online and WPTDS Iberia Online are all scheduled to take place during the month of April.

These exciting events all kick off next Sunday April 18, offering hopefuls the chance to battle it out against their respective networks to try to win a WPTDS trophy and a share of the collective $3,000,000 in guarantees.

Full schedule brought by 888poker can be found here.

Guarantees across the bumper schedule are worth more than $2,000,000! This will naturally attract some of the world’s top poker talent, and WPT Champions and 888poker Ambassadors Chris Moorman and Dominik Nitsche have confirmed they will be among them.

WPTDS Iberia (Portugal and Spain network) will also run on 888poker.es/pt between April 18-25, and the total prizepool guarantees are worth €400,000.

The Evento Principal (Main Event) costs €125 to enter and the prizepool is set to be at least €150,000. This is a one-day event taking place on Sunday April 25, which means the festival will wrap up a day earlier than its London cousin.

As ever, there will be host of smaller buy-in events ensuring satisfaction for players of all buy-in levels. The Mini Evento Principal has a €33 buy-in and an attractive €20,000 guarantee. There are also three €22 events on the calendar, including the ODISSEIA Mini (€5K GTD).

Last, but by no means least, is WPTDS Italy (Italian network) on 888poker.it. The third festival offers collective guarantees of €350,000, and a further 16 trophies to be won. This makes a grand total of 48 pieces of silverware for the taking across the three series.

The Italia Main Event is an exact replica of WPTDS Iberia – there is a €125 buy-in, a €150,000 guarantee, and it will conclude the festival by taking place at 20:30 (CEST) on Sunday April 25. Absolutely anyone could become the next WPTDS Italy Champion with freeroll qualifiers running in the lead up.

Head to 888poker to see the full schedule of events in your region and to begin your campaign to become a part of WPTDS history. 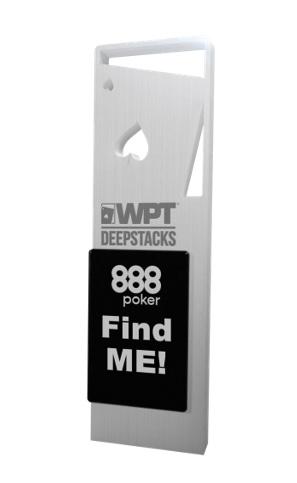