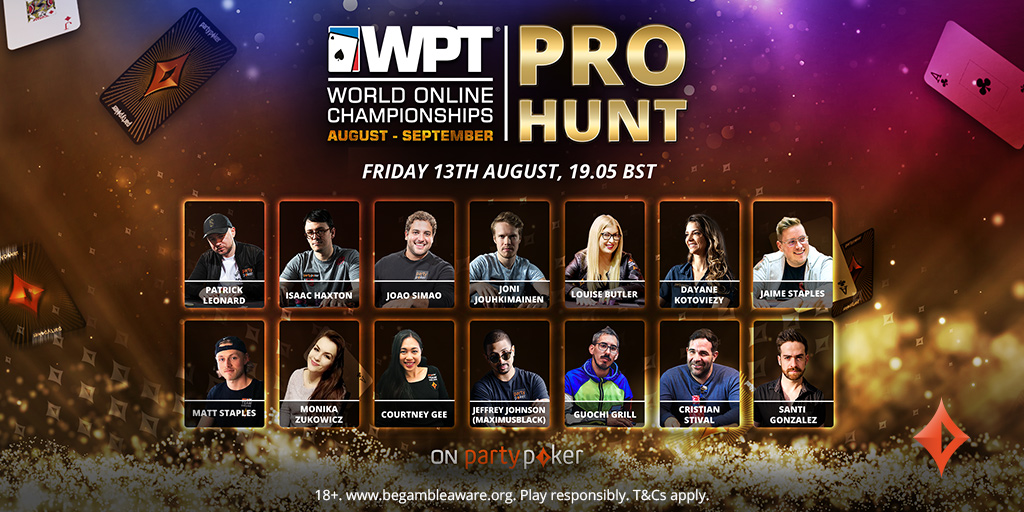 The first weekend of the S19 World Poker Tour World Online Championships on the partypoker platform has wrapped up and brought with it the conclusion of the $33 WPT Pro Hunt on the opening day. Furthermore, the first starting flights of both WPT Opener editions have determined their survivors as the festival is gearing up for the first highlight.

One of the highly anticipated tournaments of the entire schedule provided players from all over the world the chance to battle against partypoker ambassadors in the WPT Pro Hunt. The tournament featured a buy-in of $33 and $30k guarantee, which was easily surpassed thanks to 1,374 total entries for a prize pool of $41,220. A special bounty was on the head of each partypoker sponsored player and Ireland’s Louise Butler went the furthest to an impressive 23rd place.

For each member of Team partypoker that was eliminated, added prizes such as $109 tickets to a satellite final for the 2021 WPT WOC Main Event. With Butler’s elimination one additional prize was let up for grabs besides the cash and progressive knockout rewards. The winner was slated to earn a direct entry into the flagship $5,300 Main Event courtesy of partypoker.

Down to the final nine players, Brazil and Russia had two contenders in the mix. Fernando Lima and Felipe Francsco Ferraz were the first two to depart. The UK’s Jack Morris exited in 5th place for $164 in bounties and $751 in cash, ensuring a four-figure payday for all remaining four finalists. Vitaliy Pavlov and Konstantin Kostyakov were the next to fall, which left Laust Mejer Nielsen and Sergiy Yashchur to battle for the title, glory, and extra seat.

It was Yashchur who eventually had the best of it. The player from Ukraine can usually be found in the popular partypoker freeroll and centroll tournaments and earned $27,36 in bounties to go with the $2,596 cash prize. He will receive a special trophy for his victory and can take a shot at glory in the WPT WOC Main Event for free. For Nielsen, a consolation prize of $877 in bounties and $2,591 in cash isn’t too shabby either for a buy-in of $33.

The first five days of the festival also featured the initial batch of flights of the $215 WPT Opener and the $22 Mini Opener. There are still several opportunities to make it to Day 2 as plenty of flights remain until Monday, August 23, to take a shot at the $1 million and $200k guarantee.

The first tournament of the festival with a seven-figure guarantee is off to a solid start. Throughout all completed flights at the time of writing, 265 players out of 1,801 entries secured their seat for Day 2 and a min-cash. Each flight offers a single re-entry option and plays down to the top 15% of the field.

Russia’s Aleksandr Shepel leads the pack so far, having turned his starting stack of 100,000 into 2,359,838. He is one of three Russian players in the top ten and very recently participated in the S19 WPTDeepStacks Sochi festival. Along with his big stack, Shepel has also already accumulated $912.50 in bounties, which only trails Bryan Robitaille-Fequet, who has secured $975 in bounties already. Among the notables in the top 10 is also Argentina’s Matias Ruzzi, who has 1,804,435 at his disposal.

Alongside the $215 buy-in, the Mini Opener ran with a price tag of $22. Ten dollars of each entry are going to the cash pool and the remaining $10 will be up for grabs in the progressive knockout pool. The bargain tournament comes with a guaranteed prize pool of $200,000 and is already more than halfway there throughout the first five days.

Team partypoker’s Louise Butler continued her excellent start into the festival with another decent performance. Out of 886 players that qualified for Day 2 thus far, she sits in 10th place with a stack of 2,159,599. She may have only collected $21.87 in bounties but has established a prime spot for a deep run in the Mini Opener.

Four players finished with more than 25 starting stacks and Brazil’s Ohana Alves Garcia Vieira is the overall chip leader at the moment. Close behind him are Maksim Aboimov, Jiri Dusek, and Robert Green. Austria’s Claas Stoob sits just outside the top 10 with a stack of 1,974,137 and other notables in the top 50 include Zbigniew Gorzycki (1,847,298), Mick Holt (1,679,161), and Sergei Chudapal (1,579,202). 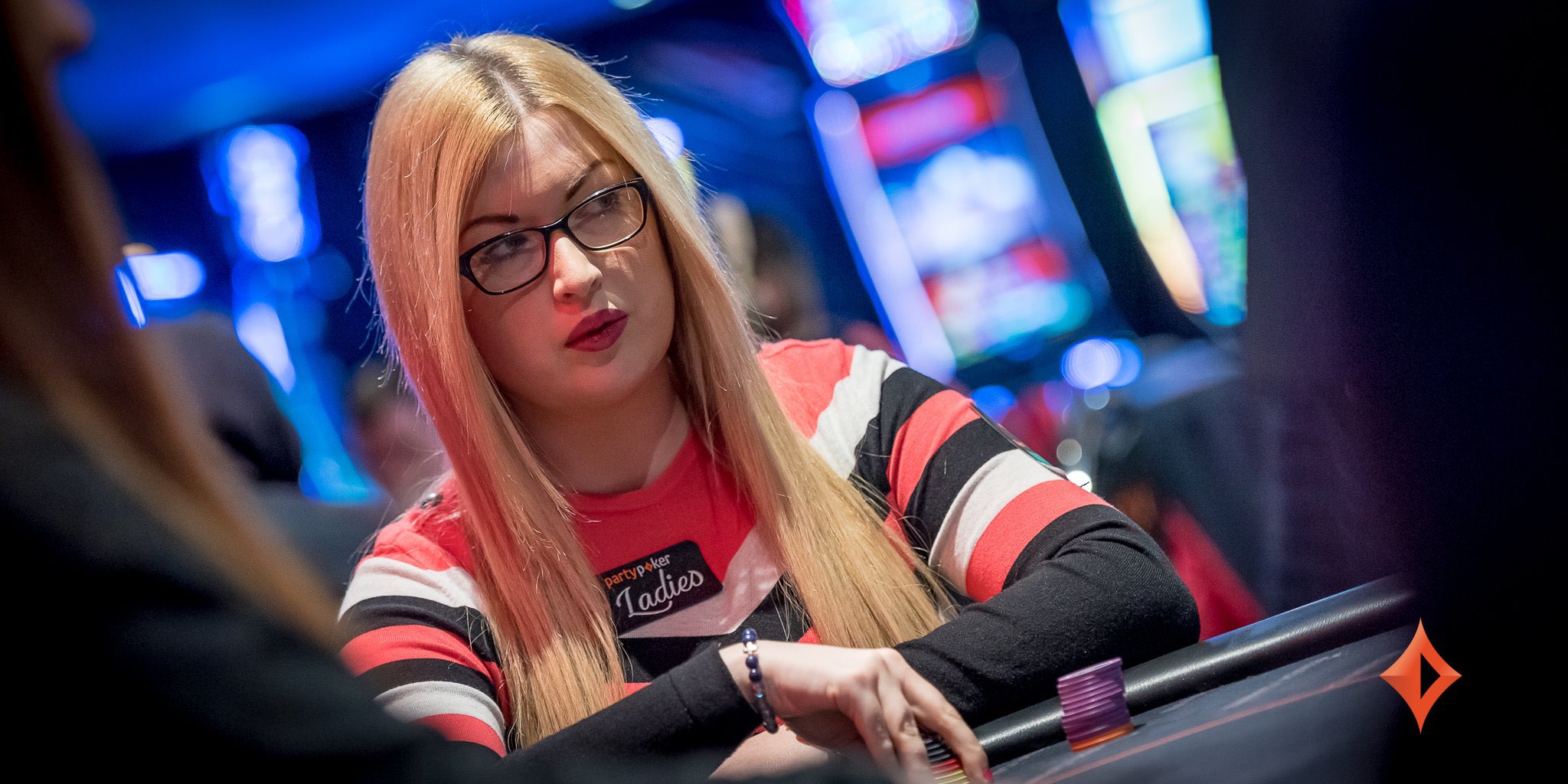 As previously mentioned, numerous starting flights for the $215 Opener and $22 Mini Opener remain available until Monday, August 23. All players that bag and tag chips at the end of a flight will be in the money and return for the final day of the tournament early next week.

Upcoming highlights include Event #2 Omaha Championship, Event #3 WPT500, as well as Event #4 Super50 and Event #5 Super5. They all kick off next weekend and the full schedule can be found on the partypoker LIVE website.