The WPT Venetian Final Table began with a historic lineup that, for the first time, included three women among the final six. But after a surprisingly quick final table, it was Chad Eveslage who won the trophy, the title, and $910,370. This was the opening lineup: Seat 1.  Chad Eveslage  –  17,725,000  (142 bb) Seat… 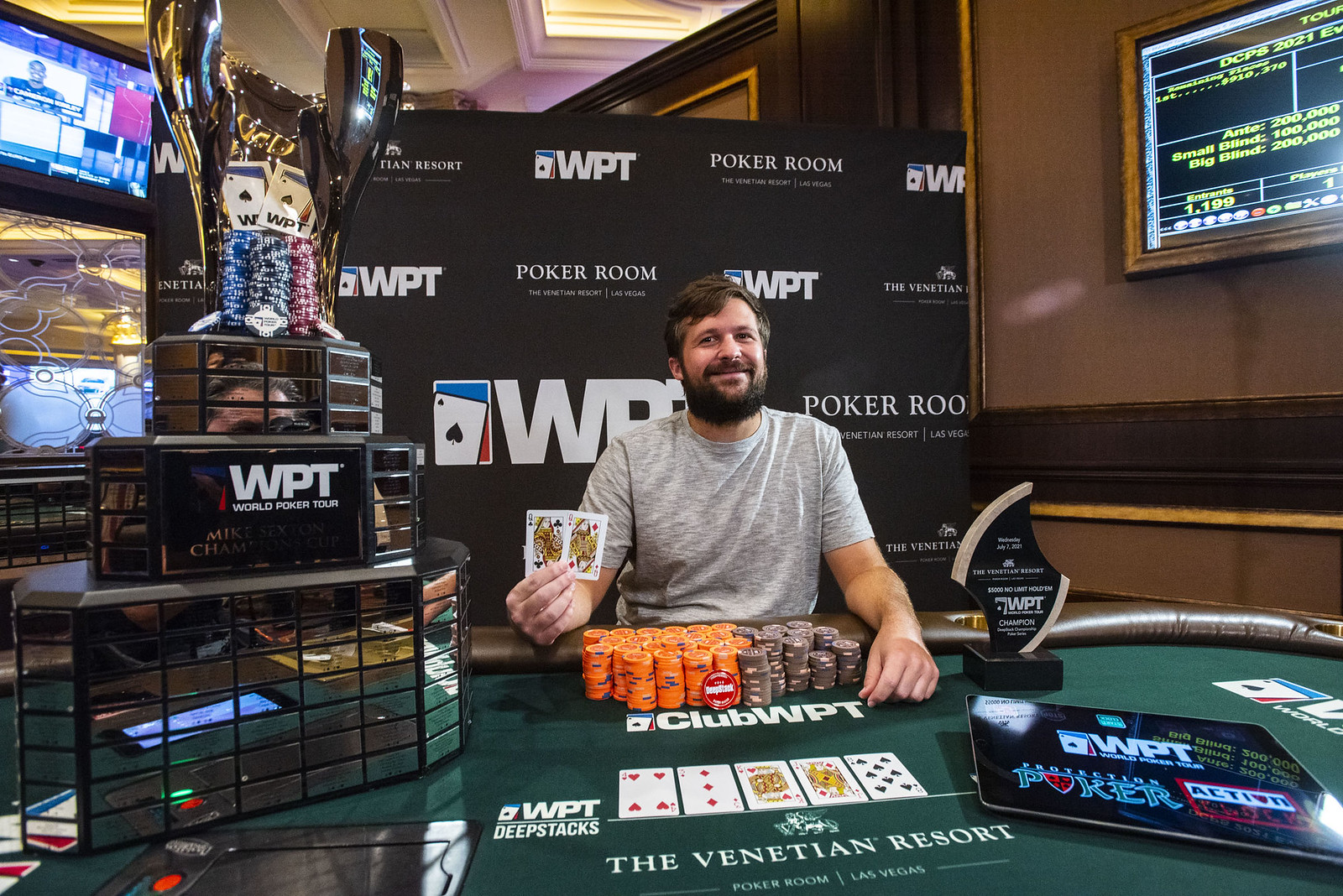 The WPT Venetian Final Table began with a historic lineup that, for the first time, included three women among the final six. But after a surprisingly quick final table, it was Chad Eveslage who won the trophy, the title, and $910,370.

This was the opening lineup:

The women had a tough road ahead of them, as they were the three short stacks, and they all had less than 22 big blinds.

The big hands started early, with Daniela Rodriguez getting it all in preflop on Hand #5 with

, and doubling thru Kitty Kuo’s

by flopping two pair. That knocked Kuo down to two big blinds, and she was eliminated a short while later in Hand #14. 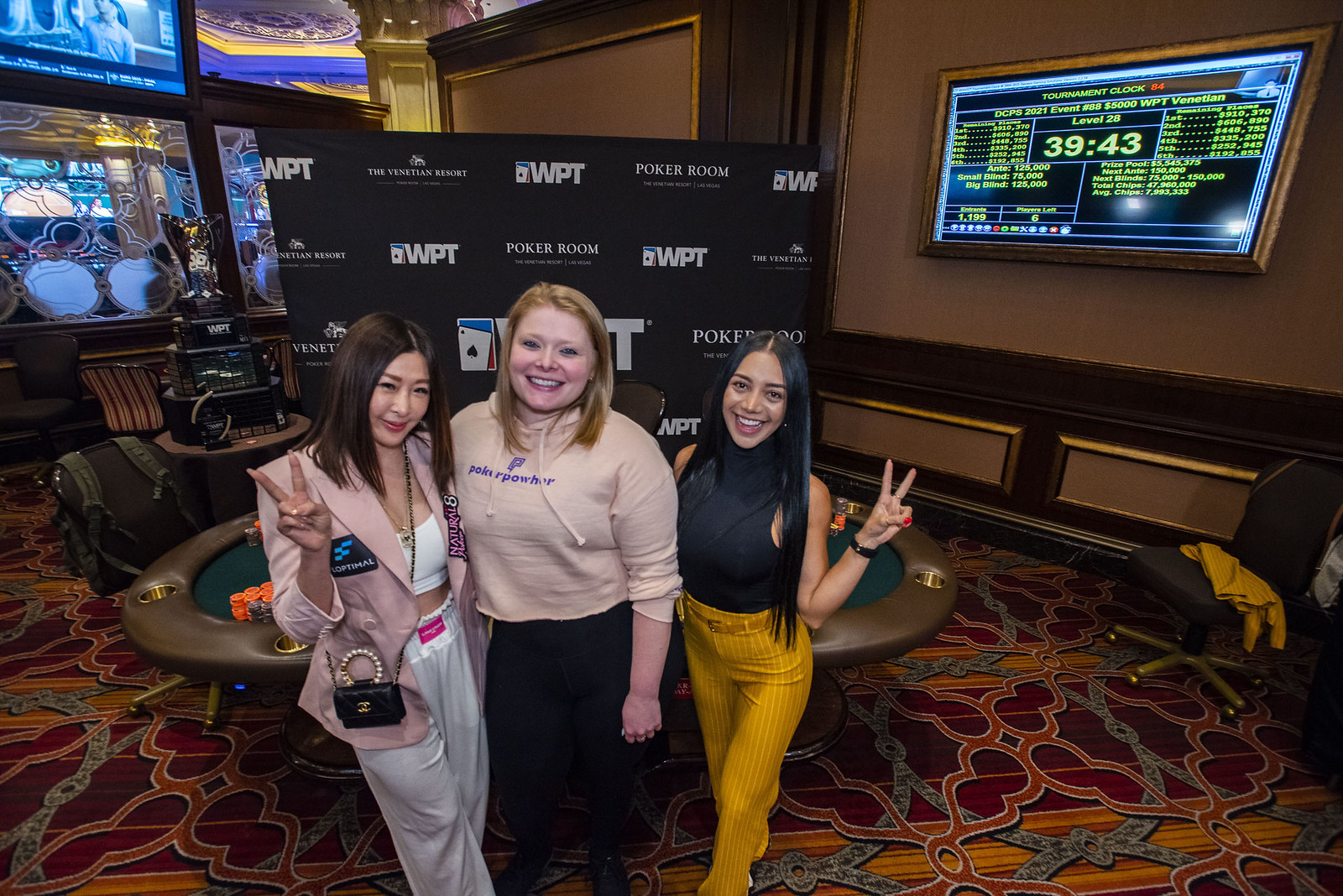 In Hand #34, Daniela Rodriguez got it all in preflop with

. But Eveslage flopped a set of sixes, knocking out Rodriguez in fifth place.

In Hand #79, Tim McDermott shoved the small blind with

, but he got called by Mike Liang’s

in the big blind, and McDermott never improved, busting in fourth place.

At that point, there were the two massive chipleaders — Eveslage and Liang — with Kyna England far behind in the counts.

Unfortunately, England wasn’t able to build much momentum, and in Hand #92, she three-bet all in with

and ran into Chad Eveslage’s

. She turned a flush draw, but improved no further, and England was eliminated in third place as the last woman standing, earning $448,755.

At that point, both Liang and Eveslage had more than 115 big blinds each, and there was the potential for a very lengthy heads-up battle.

But in just the second hand of heads-up play (Hand #94), Liang shoved the river with

on a board of

— Liang had trip tens. Unfortunately for him, Eveslage called and turned over

to win the pot with a king-high straight, taking a massive 20-to-1 chip lead and leaving Liang with just 11 big blinds.

“I got a straight and he had three tens,” said Eveslage, “and the money was going in no matter what. I was on the right side of it.”

A short while later Liang doubled up to 20 big blinds, but in Hand #106, Liang shoved

and never improved. Liang earned $606,890 for his runner-up finish. 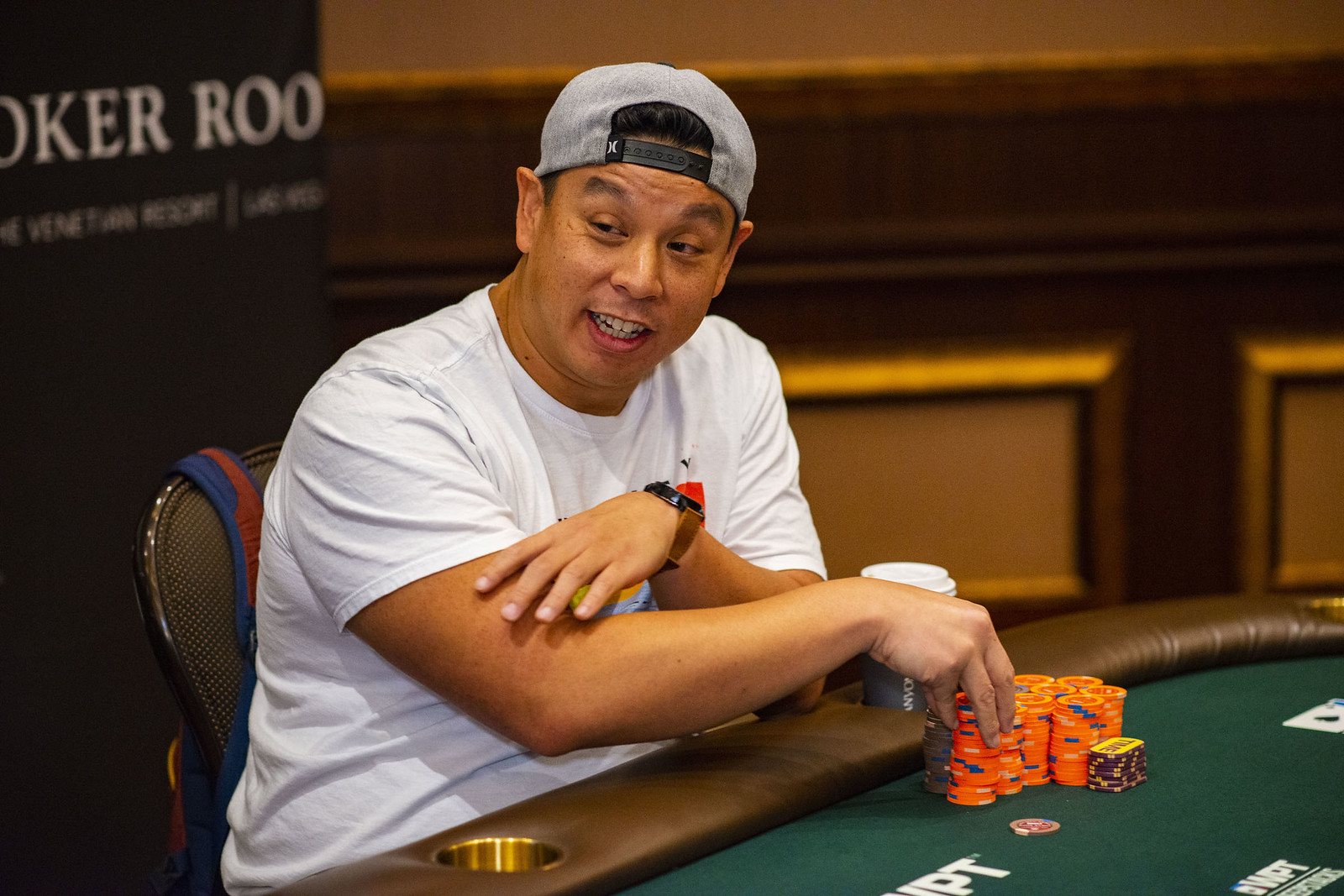 That hand made Eveslage the latest member of the WPT Champions Club, and he will have his name added to the one-and-only Mike Sexton WPT Champions Cup.

“I guess I think pretty highly of myself sometimes,” said Eveslage, “but people better than me have played more and not won, so I’m pretty fortunate.”

But on this day, Eveslage seemed to give as much credit to luck as to his own skill.

“This whole tournament I kept going all in and winning,” said Eveslage. “I think I’m really good but anybody would have won with my luck. It feels like I’m in the Twilight Zone, where the guy is in the casino and he can’t lose.” 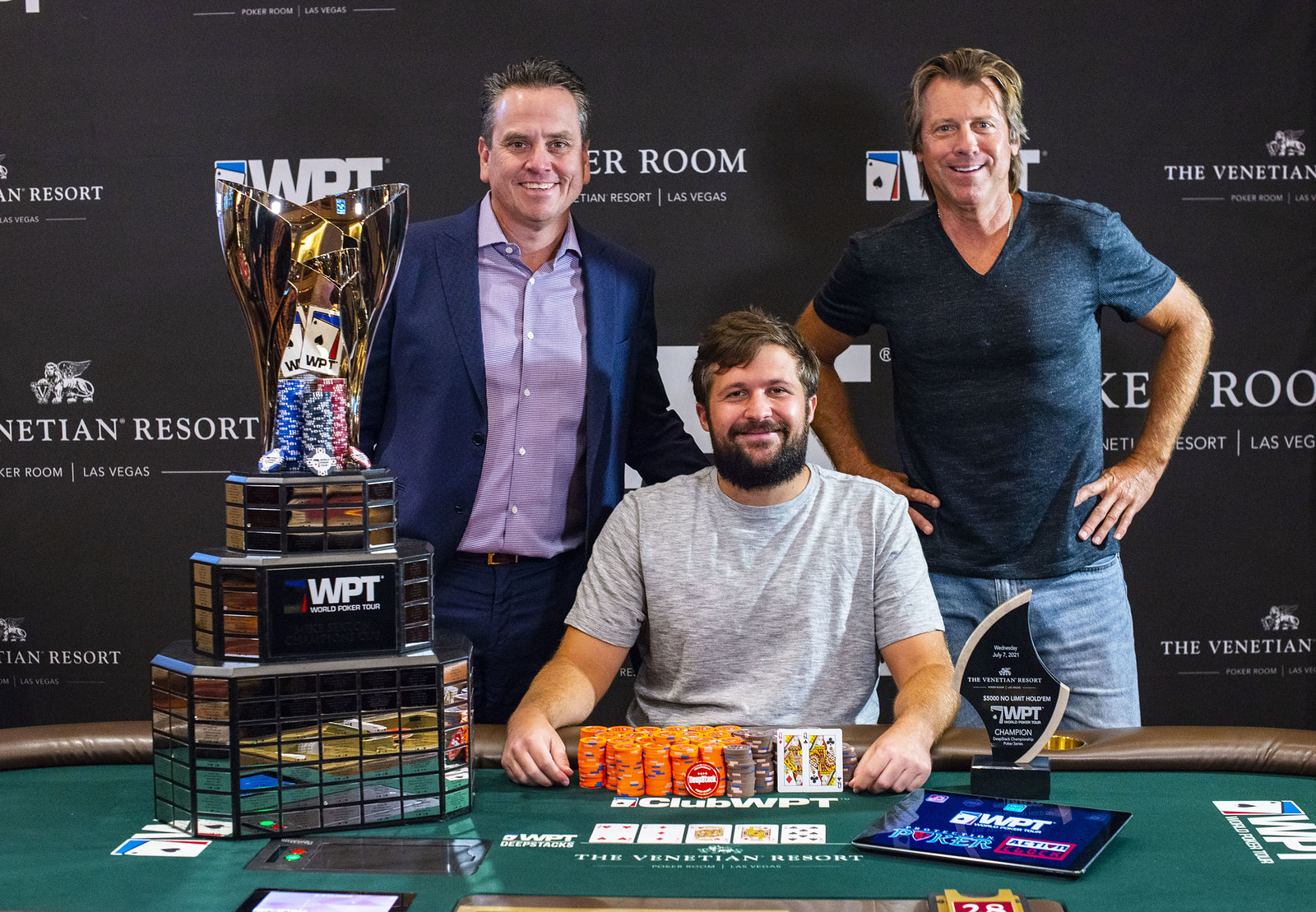 Even with three third place finishes and seven cashes in nine events at WSOPE 2022, Shaun Deeb didn't get what he wanted in Rozvadov.

Las Vegas, NV (November 18, 2022) – The WPT® World Championship Festival at Wynn Las Vegas is set to dominate the poker calendar in December and thanks to a number of female-focused initiatives, including multiple giveaways and dedicated events, women poker players will be a key part of the overall festivities. “We are so encouraged…

By averaging better than one live tournament cash per week and recording major results throughout 2022, Jesse Lonis is one of this year's breakout stars.

Ethan 'Rampage' Yau battled HCL mainstay Wesley 'Wes Side' Fei in what amounted to the largest pot of Rampage's career.

Feature Tim Fiorvanti The Games We Play: Dan Smith and a Rekindled Appreciation for Chess

Welcome to HEATER/COOLER the column where we take a look at the players and personalities in the poker world who find themselves on an upswing or down bad.