Day 2 of the World Poker Tour Montreal Online got underway with 133 players remaining from a total field of 888.

When things got underway at 8:05 pm CET, Andrei Kriazhev led the way with a stack of over 4.7 million in chips. When Day 2 wrapped up almost six hours later, Kriazhev was still in contention having built out his stack to a whopping 18.8 million. In the final stage of the day, he won a massive flip holding ace-king against Aliaksei Boika’s pocket queens. A king on the turn locked up the hand for Kriazhev and send Boika to the rail. Boika was the last player to exit on Day 2, getting $18,400 for his 24th place finish.

Alexandros Kolonias, the Greek high roller who started second in chips, didn’t have as much fortune on Day 2. He fell at the hands of WPT champion Ryan Riess right before the last break of the evening. In a battle of the blinds, Riess pushed with king-ten suited and Kolonias called with ace-six. Again a king on the turn sealed the deal, this time eliminating Kolonias and almost doubling Riess.

Another big name to start Day 2 with a massive stack, was Jan-Eric Schwippert. He got things underway with a top 10 stack and still finds himself in contention awaiting Day 3. In the penultimate level of the day, he lost a massive pot against countryman Marcel Kunze. The two got it in on the turn, both holding a set. Schwippert only had a single out left as his set of eights was well behind the set of tens of Kunze. The last eight in the deck didn’t come out on the river and Schwippert’s stack was decimated.

Just a single player did better than Kriazhev; Felix Schulze from Austria starts Day 3 with 20.8 million in chips. The WPTDeepStacks Amsterdam winner had a great day on the virtual felt, but he didn’t win every hand. One big confrontation he found himself in, was a three-way all-in where his queens were up against ace-king and aces. Rayan Chamas, the proud holder of aces, triumphed as the board blanked out, but Schulze still made some chips on the hand as he won the side pot. Lukas Wimmer with his suited ace-king exited in 41st place for $10.214. 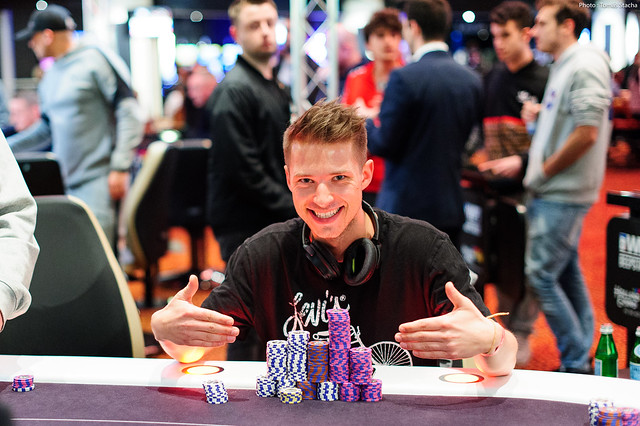 Twenty-three players remain from the 133 that started Day 2. All of them are guaranteed $18,400.86. Dániel Koloszár from Hungary finds himself in the danger zone with a stack of 2,888,387, worth a respectable 18 big blinds. Diego Ventura and Kenny Hallaert start Day 3 with similar stacks of 2.9 million and 3 million respectively.

Day 1A of the Mini Main Event attracted a field of 392 entrants, collecting a prize pool of $117,600. The play was scheduled to last till 59 players remained, and that’s exactly what happened after almost seven hours of play. When Ryan Andrade from Canada busted in sixtieth place, the tournament was paused.

Julien Sitbon was one of the first to bust but used his single reentry to give it another try. The French player residing in the United Kingdom wasn’t more fortunate on his second bullet as he busted again soon after; making him the first player to truly exit the event.

Aline Haar from Germany leads the way with a stack of 3.8 million. Thomas Miller sits in second with a little over 3 million and Dutchman Tom Talboom in third with a similar 3 million stack. 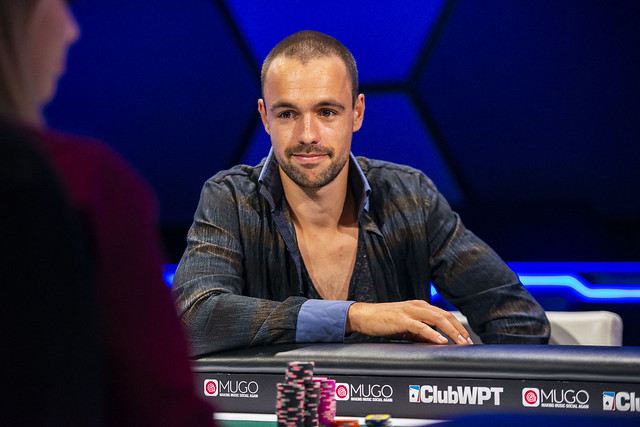 Ole Schemion, who’s still alive in the Main Event as well, takes fifth on the leaderboard with a stack of 2.3 million. With blinds starting at 12,500 and 25,000, that leaves plenty of room for the big stacks. Santtu Mikeal Varis from Finland will have a much less comfortable position when Day 2 gets underway tomorrow, as he starts with just four big blinds which makes him the short stack.

Alexandre Reard (930,000), Jans Arends (1.5 million), and Antoine Vranken (1.9 million) are some of the other familiar names still left in contention.

Tonight at 8:05 pm, Day 1b is set to get underway. It will play out similarly to Day 1A with play continuing till 15 percent of the field remains. Players get 200,000 in chips in exchange for their $320 buy-I and blind levels are 20 minutes long.

The micro edition of the Main Event got underway last night. A total of 792 entries were collected in the event. The $30,000 guaranteed prize pool will easily be met it seems, as there’s already $23,760 in the middle with Day 1B still set to get underway.

Aleksejs Gilovs was the unlucky player to bubble Day 1A. His 120th place finish resulted in a halt on the tournament with the remaining 119 players digitally bagging and tagging.

Adam Půček from the Czech Republic did best on Day 1A, turning his 200,000 starting stack into a whopping 5.343 million in chips. Jacob Georgiades and Kevin Hart (not that Kevin Hart) from the United Kingdom sit in second and third with 4.7 million and 4.5 million respectively. Two Canadians round out the Top 5 with Fred Bradbury (3.6 million) and Eric Doyle (2.9 million) doing well on Day 1A as well.
Day 1B is scheduled for tonight. Things kick off at 8:05 pm again and blinds will be once again 20 minutes long. Like on Day 1A, the play runs till 15 percent of the field remains.

At 10:05 pm, the Second Chance Turbo got underway on partypoker. Sixty-three entries were collected in the $1,600 event resulting in payouts for the top 11 players.

Bruno Volkmann from Brazil was the first player to bust twice, in 63rd and 62nd. Joseph Cheong, Sam Grafton, Elio Fox, and Kristen Bicknell were just some of the names giving it a shot but busting before the money stage was hit.

Joel Näsman Delgado bubbled the event in twelfth place, guaranteeing the remaining eleven players a payout of $3,389. Legendary online player Jonathan Van Fleet collected just that for his eleventh-place finish. Patrick Hyllegaard Pedersen collected the same for his tenth place, with Alexandre Reard and Maxi Lehmanski doing a tiny bit better with a score of $3,785.

From there, the money increased significantly with five-figure scores awaiting the players to make the podium. Juan Pardo Dominguez, better known under his online monicker “Malakastyle,” grabbed bronze for $12,162. Ioannis Angelou-Konstas, the Greek player playing from the Netherlands, finished runner-up for $18,712. Andrew Koprnicky won the whole lot, banking $30,005 for his win.

The final day of the $25,500 Super High Roller got underway with eleven players remaining and blinds of 6,000/12,000. James Dempsey and Henry Kilbane were on commentating duties for the WPT live stream on Twitch as play kicked off with blinds of 6,000 and 12,000.

Slovenian superstar Rok Gostita was first to exit, banking $50,847 for his eleventh-place finish. His ace-king suited was no match against Justin Bonomo’s pocket sevens. Gostita hit an ace on the turn but it was nowhere near enough as Bonomo had already hit his set of sevens on the flop.

Rui Ferreira was next to go as he flopped top-pair in a blind battle holding six-deuce. Unfortunately for Ferreira, his neighbor Mikita Badziaskouski in the big blind had flopped a straight with five-deuce. When the river gave Ferreira two pair, he check-called all in only to get the bad news soon enough. Badziakouski out in tenth place for $50,847.

Another set-up ended Eelis Pärssinen’s tournament. He flopped a full house with pocket tens on ace-ace-ten. Addamo, besides being one of the world’s best he was also one of the luckiest this event, had ace-ten and that was all there was to it, no escaping for Pärssinen who finished ninth for $56,777.

Jordi Urlings, the Dutchman playing from Malta, was the eight-place finisher, bubbling the final table. He got it in with the best hand holding ace-queen up against Matthias Eibinger’s ace-four. While Urlings flopped a flush draw on top of holding the best hand already, by the time the river was dealt, Eibinger had a wheel and Urlings hit the rail to collect $56,776.

With that, the final table with seven remaining players was set. Michael Addamo was firm in the lead holding 1.8 million in chips, with start-of-day chip leader Benjamin Rolle in second on 1.2 million.

Eibinger continued his hot streak early on, busting Arnaud Enselme in seventh place for $65,000. Enselme got it in with the best hand possible: aces. Eibinger had pocket eights and turned a straight. The ace on the river that gave Enselme his set was too little too late.

With action folded to Justin Bonomo on the button, the former all-time money leader shoved with ace-ten. Rolle reshoved with ace-queen and busted his neighbor with a queen on the flop.

Addamo built out his stack, winning a massive pot from Rolle with a turned wheel. But soon enough, Rolle was back up to where he started the day: the top of the leaderboard. He doubled through Addamo with jacks versus king-jack and then made a straight with eight-four against Eibinger’s top pair with ace-king to further cement himself as the chip leader. Rolle then knocked out Badziakouski with ace-king against king-jack off to make for a dominant lead.

Eibinger ran out of luck next, three-betting king-jack suited against the Addamo open. Addamo shoved for a tiny bit more with ace-ten and Eibginger called. No luck on the flop, turn, or river and Einbinger finished in fourth-place for $130,521.

It was Rolle’s tournament to lose three-handed, but a massive hand saw him drop considerable chips and almost double Addamo. In what started as a small pot, Rolle turned a wheel with seven-deuce but the three on the turn gave Addamo a higher straight with his six-deuce. On the river, the board paired which saved Rolle some chips, but he still dropped to 1.3 million in chips while Addamo was suddenly in command with 3.5 million.

Jonathan Van Fleet, the “OG of online poker” as guest commentator Isaac Haxton described him, was hanging around and would make it to the heads-up as Rolle finished in third. Rolle flopped the nuts with five-seven on three-four-six but would end up second best against Addamo’s turned flush. Benjamin Rolle third for $182,430. 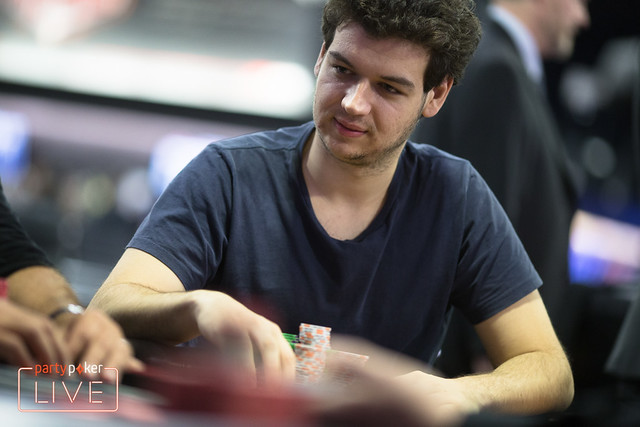 Addamo faced off against Van Fleet in the deciding heads up. In a three-bet pot, Addamo flopped top set with pocket sevens. Van Fleet didn’t connect a whole lot with ace-eight suited but as he turned an open-ended, he continued with the story and kept betting. Addamo just called and as Van Fleet bluff shoved the river, Addamo just needed to click call to win the tournament. Van Fleet runner-up for $280,687 while Addamo banked the lot; $450,076.