Sunday has traditionally been the biggest day in online poker. Yesterday’s day of action on partypoker was no exception to that rule, with gigantic buy-ins, hundreds of thousands in guarantees, and the biggest names in poker competing.

Poker couple Kristen Bicknell and Alex Foxen both have big days today, as they made the final table in the weekend’s most significant events. Here’s our recap of last night’s play and a look ahead of tonight’s action.

A hefty buy-in of $5,200 guaranteed some of the biggest names in poker would sign up for the WPT Big Game. With $1,000,000 guaranteed, a spectacle was ensured. The action would only be halted when the field of 197 would be down to nine players, and a grind it was. After several hours of play, though, the nine players to make it to Day 2 have emerged with Juan Pardo Domínguez leading the charge.

Playing from Malta, Ivan Gabrieli bubbled the event, coming in 25th, where 24 were paid. Jack Sinclair was the first to sneak into the money, getting $12,500 for his 24th-place finish. Dimitar Danchev and Pavel Plesuv followed Sinclair out the door, busting in 23rd and 22nd. The alliteration streak was broken by Aliaksei Boika (21st). Jack La Frenais from the UK was the last player busting on Day 1, going out in tenth place for $21,000. 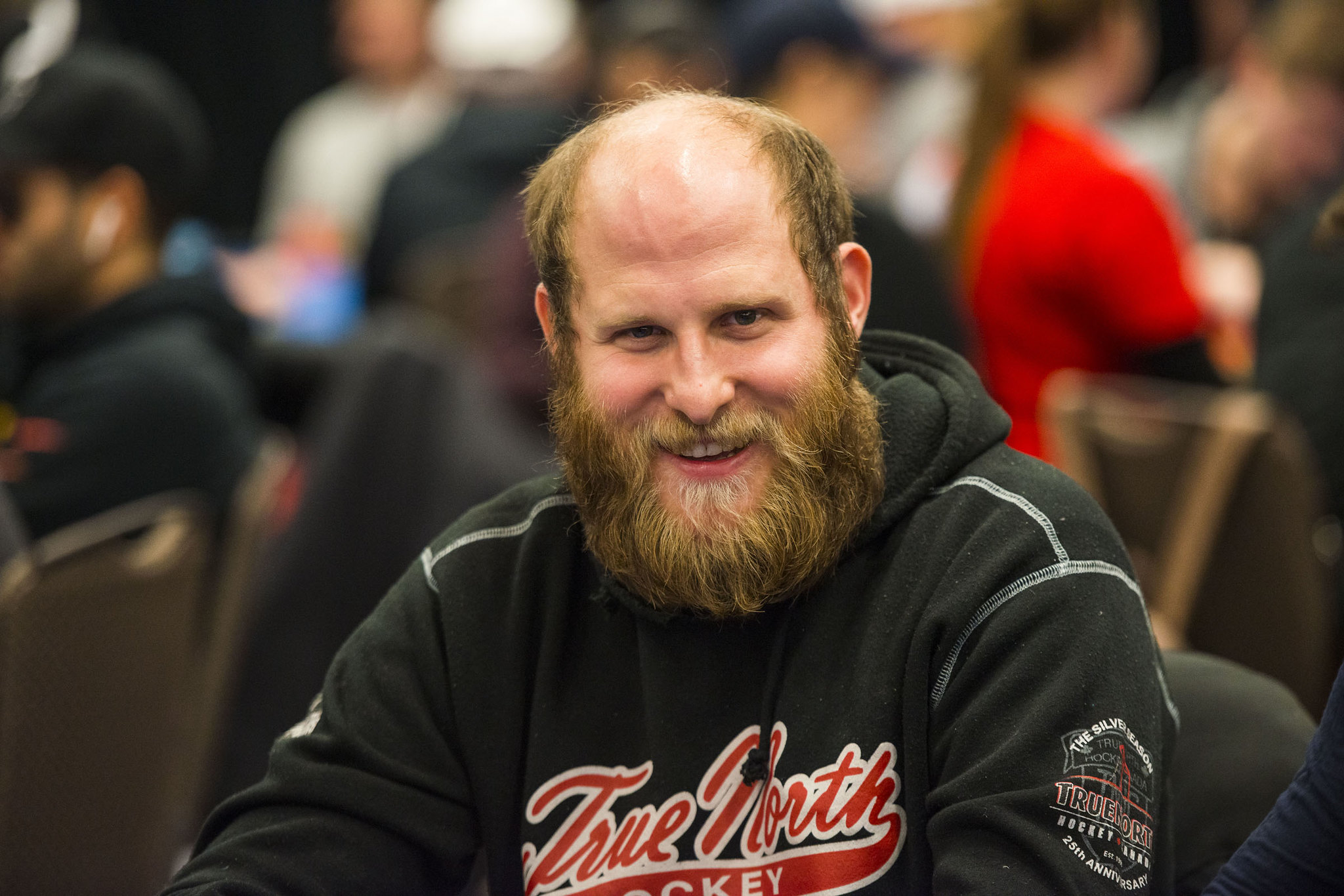 The names of the nine remaining players will ring a bell for even the most casual of poker fans. Juan Pardo Domínguez (46 million) leads before Nick Yunis (30 million) and partypoker’s Kristen Bicknell (26 million). Luc Greenwood, Stuart Guite, Jake Schindler, Artur Martirosian, João Ferreira Caetano, and Yuri Dzivielevski make up the rest of the table.

Twenty-eight players from a field of 663 remain in the WPT Big Game Mini. Having all bought in for $530, the prize pool is humongous, and the first-place prize a big score for the lucky winner tonight. They’re already guaranteed $1,819.44.

Dzmitry Siamenchanka will be the short stack going in, starting in sixty-ninth position with 1,762,137 in chips. With blinds of 400,000 and 800,000 to start, he’ll need to find a double soon as he has just two big blinds to start.

With Day 1A already wrapped up, last night, Day 1B got underway. The likes of Benny Glaser, Paresh Doshi, and Joshua Mccully had already secured their spot on Day 2, but a new legion of chip-hungry players signed up for their shot. 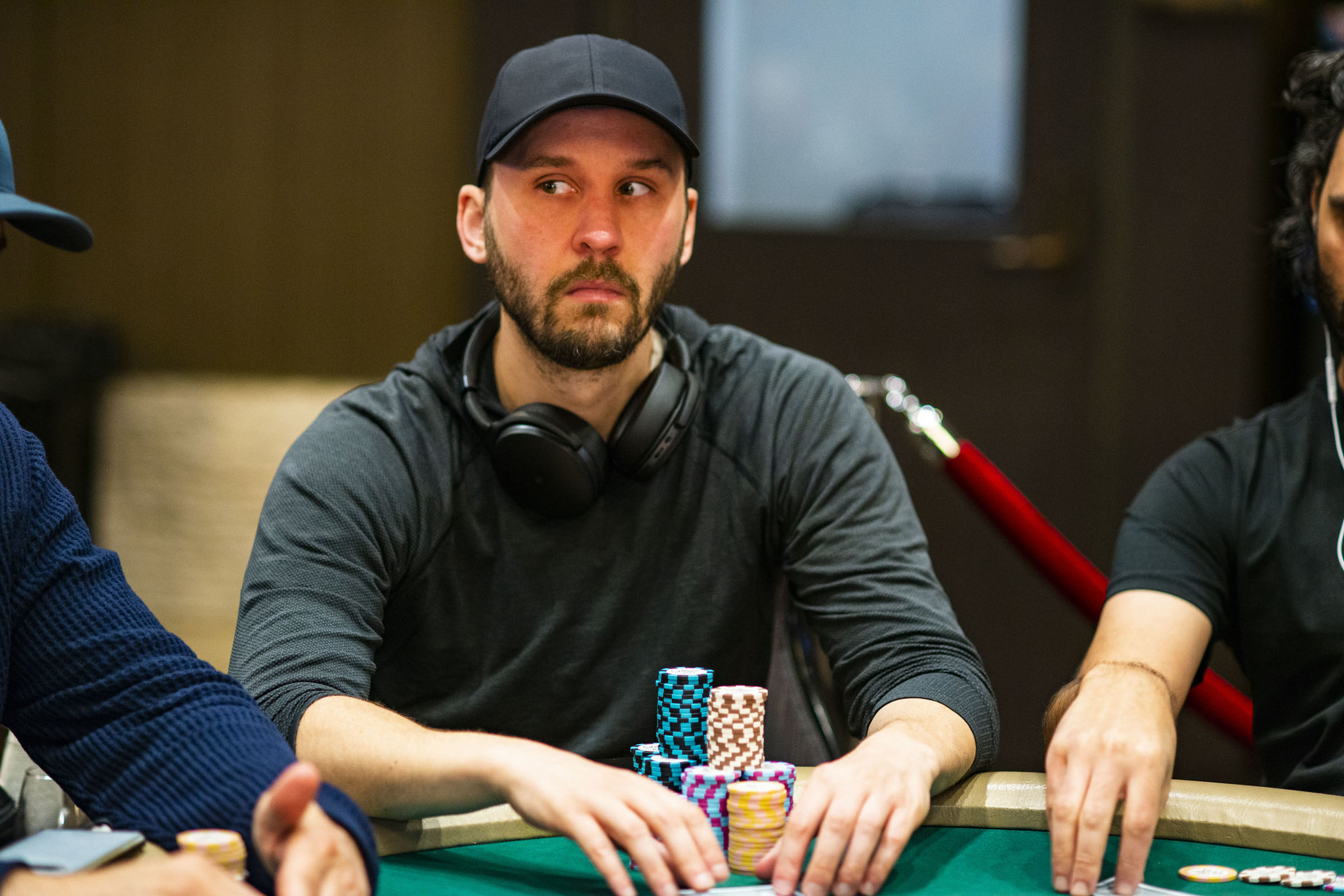 The minimum payout if $891.60, gradually increasing till a cheque of $50,182.50 is written out to the winner. Like it’s bigger brother, the Mini tournament resumes at 7 pm (BST) tonight.

Niko Müller from Germany collected the biggest stack on Day 1B of the Micro edition of the second Championship event. He also took the overall lead into Day 2, surpassing Day 1A’s chip leader. Müller brings 3,178,660 in chips to Day 2; 265 big blinds.

From a field of 1,112 entries, 144 survived the first eighteen levels. They are joined by the 121 that survived Day 1A. That makes for a combined field of 265 at the start of Day 2. Thirty-seven players will fall before the money-stage is reached as there’s just a payout reserved for 228 players in this event.

Another day, another $10,300 buy-in event in the WPT Online Championships. This time, it was the 7-Max High Roller enticing players with a supreme structure. With No-Limit Hold’em the name of the game, 97 entries were collected into the event. After 23 levels of play, just seven remain.

The event is well into the money with fourteen spots paid. 2018 partypoker LIVE MILLIONS UK winner Ioannis Angelou-Konstas bubbled the event. Isaac Haxton was the first in the money, collecting $24,000 for his 14th place-finish.

Christoph Vogelsang busted in 8th for $35,000 and was the last player to do so on Day 1. The remaining seven packed their chips and will resume tonight at 7 pm (BST). 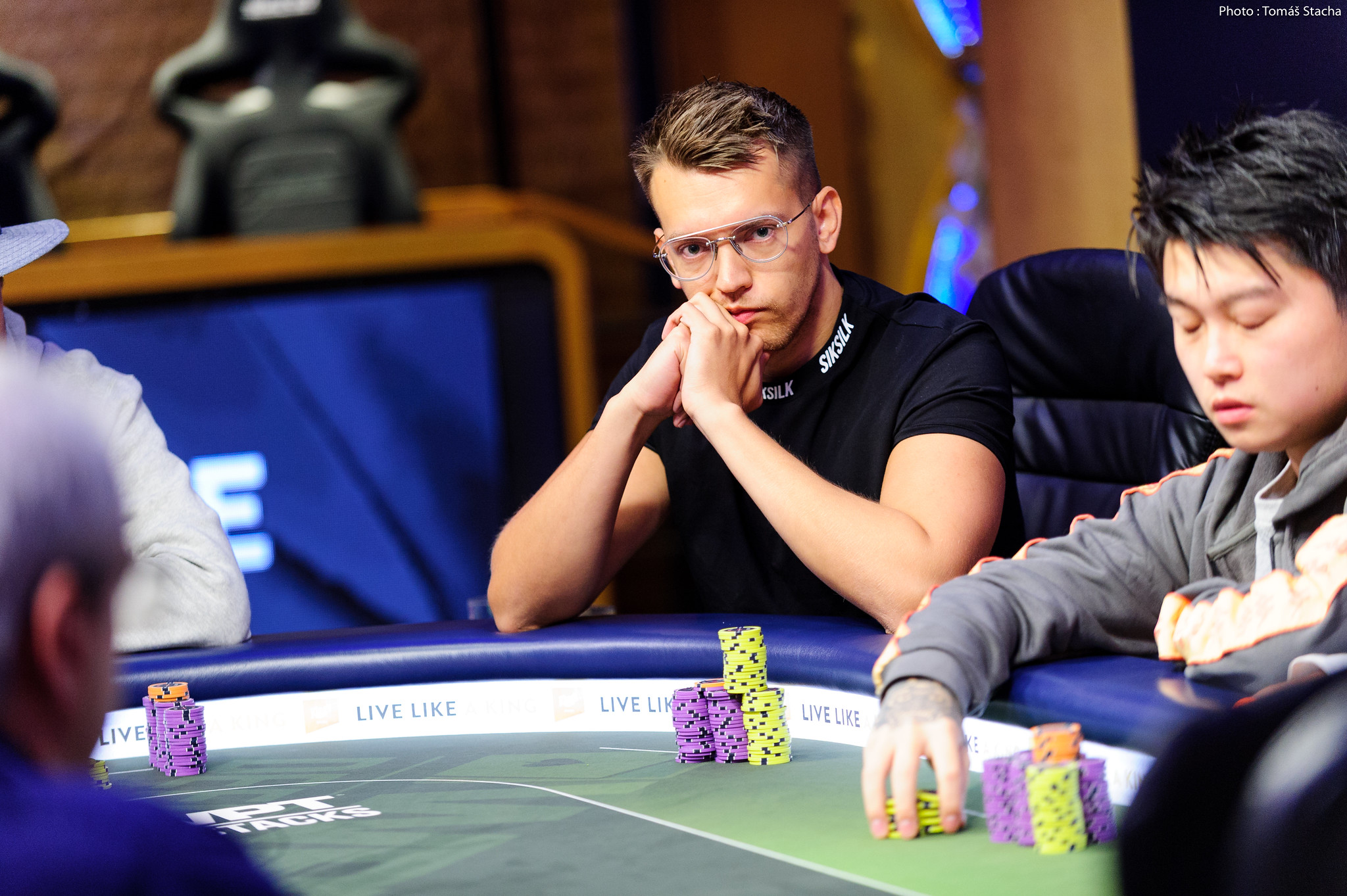 In the midst of $3,200 and $10,300 buy-in events, the $2,100 Weekender might not immediately stand out. But make no mistake, with a million guaranteed and a great 2-day structure, this event should not be overlooked. 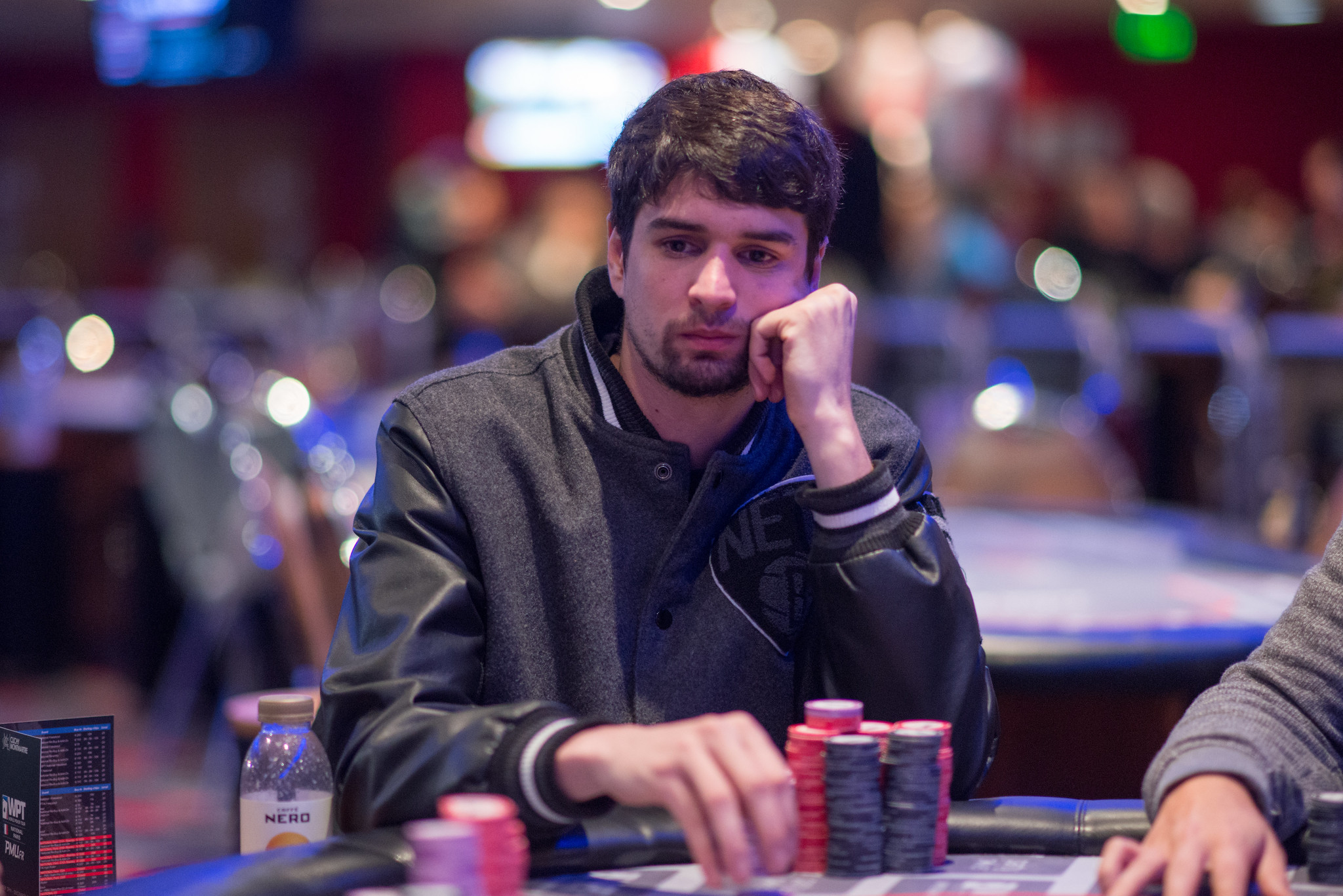 After almost five hours of play, just 270 survived the first day. They will return to action at 7 pm (BST) tonight, looking to secure a payout. They’re joined by Day 1A’s 179 survivors (from 1,578 entries). That makes for 449 players remaining with 444 spots paid.

Luana Stadykoski (72,096) and Julio Cesar Vilarim (80,392) from Brazil are the two short stacks going in. Together with Malta’s Valdo Gamito (95,712), they’re the only three to start Day 2 with fewer chips than they started the tournament with. 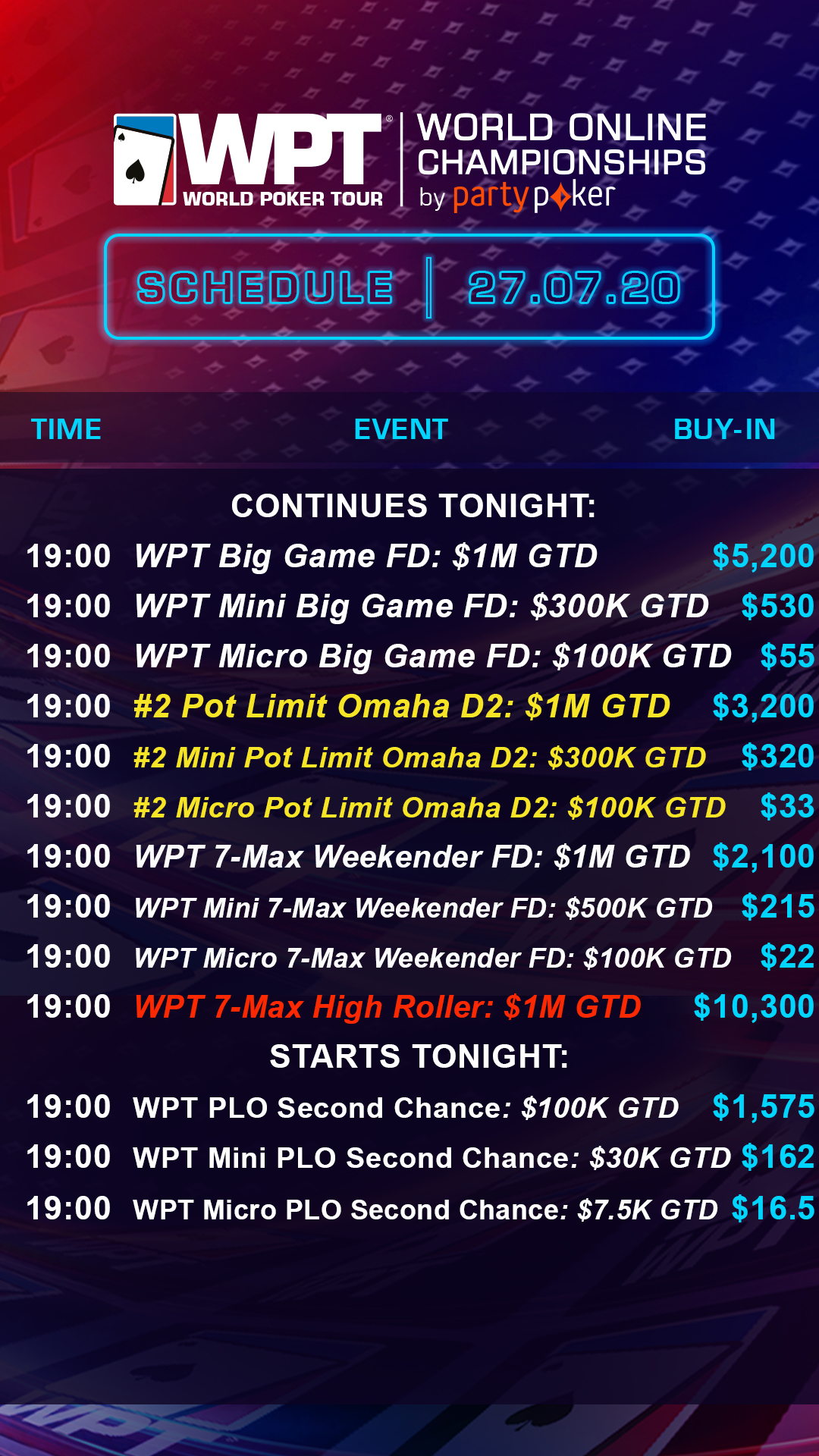