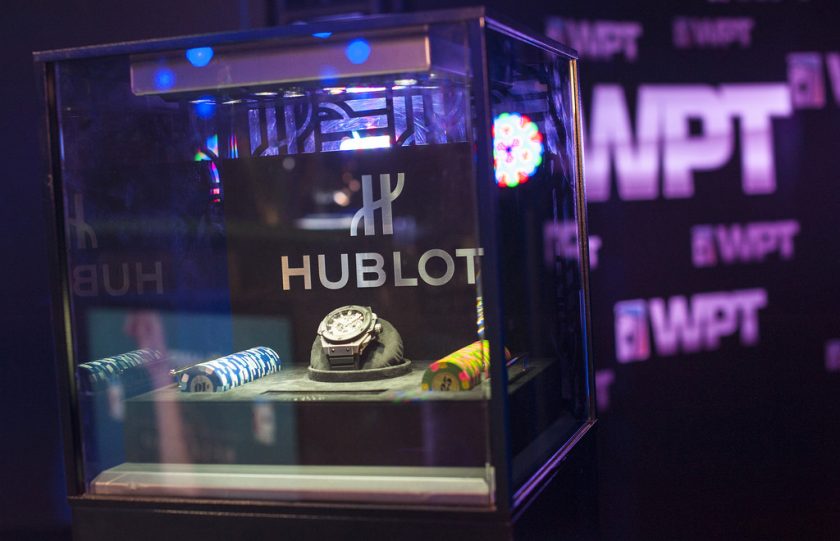 With the WPT Bellagio Elite Poker Championship behind us, the final WPT Main Tour event left on the Season XVI schedule is the first-ever WPT Bobby Baldwin Classic at ARIA Resort & Casino in Las Vegas. The event takes place May 20-23 and has a buy-in of $10,000. Players are allowed one reentry and anticipation is high for the event to draw both big names and a large field. As the event is the final WPT Main Tour event of Season XVI, it will ultimately decide who finishes on top of the Hublot WPT Player of Year leaderboard. With one event to go, it’s Art Papazyan’s race to lose.

Papazyan sits atop the leaderboard with 2,450 points. He won two events this season, first at WPT Legends of Poker and second at WPT Maryland, plus scored a third cash in the WPT Seminole Hard Rock Poker Showdown. Papazyan’s lead sits at 600 points, with Derek Wolters in second place with 1,850 points.

In the past two seasons, the final WPT Main Tour event on the schedule has been a $10,000 buy-in freezeout with the WPT Seminole Hard Rock Poker Finale. In those two editions, that event drew an average of 345.5 entries, with 342 to close out Season XIV and 349 to finish Season XV. If the field draws entries in a similar range to the average from the last two seasons, the winner of the WPT Bobby Baldwin Classic will earn 1,200 points, second place will get 1,000 points, and third place will get 900 points. Those points are awarded in events with prize pools of $2 million or more, but less than $4 million. Using those numbers and assuming no further point additions by Papazyan, 10 players could pass him with a victory in the WPT Bobby Baldwin Classic, four players could pass him with a finish of at least second place, and three players can pass Papazyan with at least a third-place finish.

To view the full Hublot WPT Player of the Year standings, click here.

Wolters has the most immediate shot at catching Papazyan. He’s just 600 points behind and theoretically could place sixth or better in the WPT Bobby Baldwin Classic to win the Hublot WPT Player of the Year title for Season XVI. That is, of course, if he won more money than Papazyan if there is a tie in points. Money won during the season on the WPT Main Tour is the tiebreaker and reflected in the ranking in the above table for players with the same amount of points.

Josh Kay is currently 11th on the Hublot WPT Player of the Year leaderboard with 1,250 points. Although he’s not in the top 10, Kay still has an outside shot at overtaking Papazyan.

If the prize pool pushes to $4 million or more, the winner will walk away with 1,400 points and the top four spots will earn at least 1,000 points. In this case, any players with at least 1,050 points leading into the WPT Bobby Baldwin Classic have a shot at taking first place away from Papazyan with a victory in the final event. That’s 23 players, with Sean Perry, Mike Leah, and Zachary Smiley as the furthest away with 1,050 points each.

It’s fair to expect many of the players in the top 25 of the current Hublot WPT Player of the Year standings, including Papazyan, to attend the WPT Bobby Baldwin Classic. Many are WPT champions from Season XVI, and the event directly precedes the season-ending WPT Tournament of Champions running May 24-26. This puts the Hublot WPT Player of the Year race at center stage during the WPT Bobby Baldwin Classic.

Click here to view the current Hublot WPT Player of the Year standings.