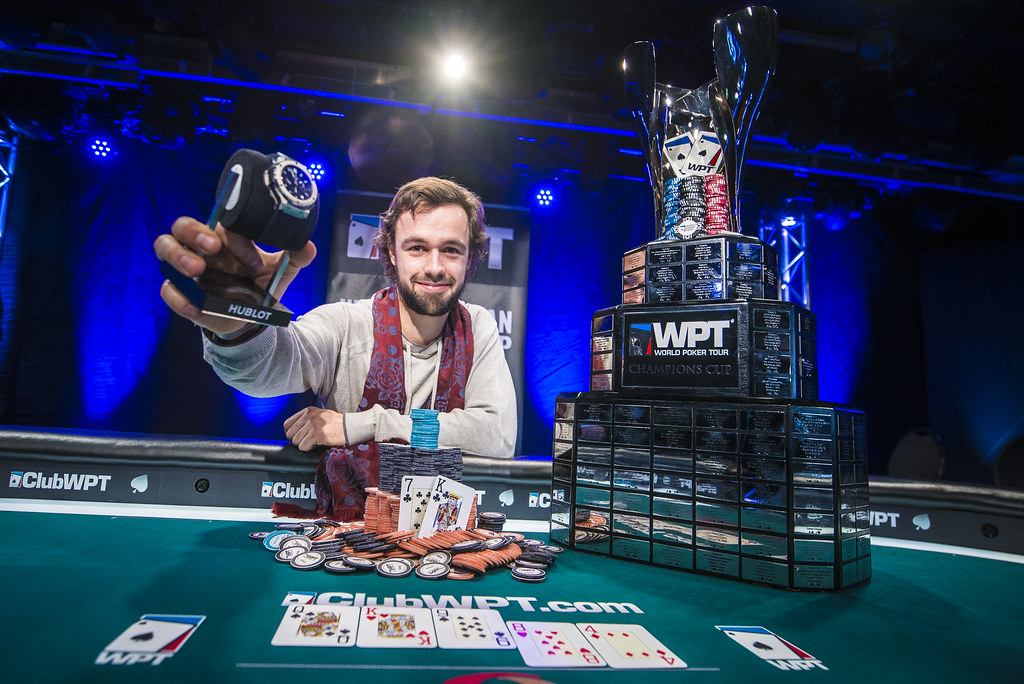 Ole Schemion (pictured) ran over the final table of the first-ever WPT European Championship Main Event to secure his first World Poker Tour title and €218,435 ($255,352) in prize money after outlasting the 339-entry field.

In the first-ever WPT Main Tour event held on German soil, and the first televised WPT Main Tour event in Europe in five years, it was almost fitting that it was Schemion, a Berlin native, who added his name to the WPT Champions Cup like so many of his fellow competitors before him.

Just like Marvin Rettenmaier, who narrowly missed out on a final table in Berlin when he finished 10th, Schemion joins the likes of Dominik Nitsche, Dietrich Fast, and Stefan Schillhabel as German WPT Champions Club members.

Such is the abundance of successes on the 25-year-old German’s poker résumé, the result doesn’t reach the top 10 in terms of amount of money won for Schemion, but it does check off a very special place in his poker career as he can now call himself a World Poker Tour champion.

Schemion defeated Michal Mrakes in heads-up play. Mrakes had a big 2017 that has spilled over into 2018 with his runner-up finish in Berlin. Of note, Mrakes finished 14th in the WSOP Europe Main Event and third in the PokerStars Championship Prague Main Event. His run in Berlin saw him go even deeper in a major poker tournament, winning €143,845 ($178,892) for his efforts.

After play got underway at Spielbank Berlin, there were no eliminations by the time we reached the first break of the day. Schemion, who began the day as the chip leader, did chip up a bit, though, and maneuvered his way to having almost half the chips in play. However, it only took five hands after the break for the first player to be lost.

First to go was Amjad Nader, who got his chips in preflop with the

and was called by both Schemion with the

Following Nader’s bust out, there was a lull in the action, but the bust out of Han Kuo Yong changed all of that. He went out in fifth place at the hands of Schemion, and his bust sparked a run of three eliminations in five hands. Two hands after Kuo Yong busted, Michael Behnert moved all in during a blind-on-blind situation with the

. The action fell to Patrice Brandt in the big blind, holding the

, and he made the call. Fortunately for Brandt, he spiked a three on the

flop and held from there to bust Behnert in fourth place.

Two hands after Behnert’s elimination, Brandt raised with the

and Schemion three-bet with the

. Brandt called and the flop came

. Schemion continued and Brandt raised all in. Schemion thought for a while before making an astute call with just ace-high and a gut shot. The turn and river bricked, bringing action to heads-up play in a swift 61 hands.

Schemion started heads-up play with a 2-1 chip lead over Mrakes and it didn’t take long for the German to put his foot on the gas and accelerate away in the battle. The lead quickly turned into a 3-1 and then a 5-1 chip lead through steady accumulation, leaving Mrakes in an all-in-or-fold mode as soon as ten hands into heads-up play.

In the end, it only took 20 hands for Schemion to clinch the title and he did so when he called Mrakes’ flop shove with top pair. Mrakes held a flush draw and didn’t get there.

With Schemion’s victory comes the conclusion of the Season XVI WPT European Championship. Up next for the WPT Main Tour is the return of the WPT Lucky Hearts Poker Open, with the $3,500 Main Event taking place January 19-24 at Seminole Hard Rock Hotel & Casino in Hollywood, Florida.

For more from the World Poker Tour, stay tuned right here to WPT.com.