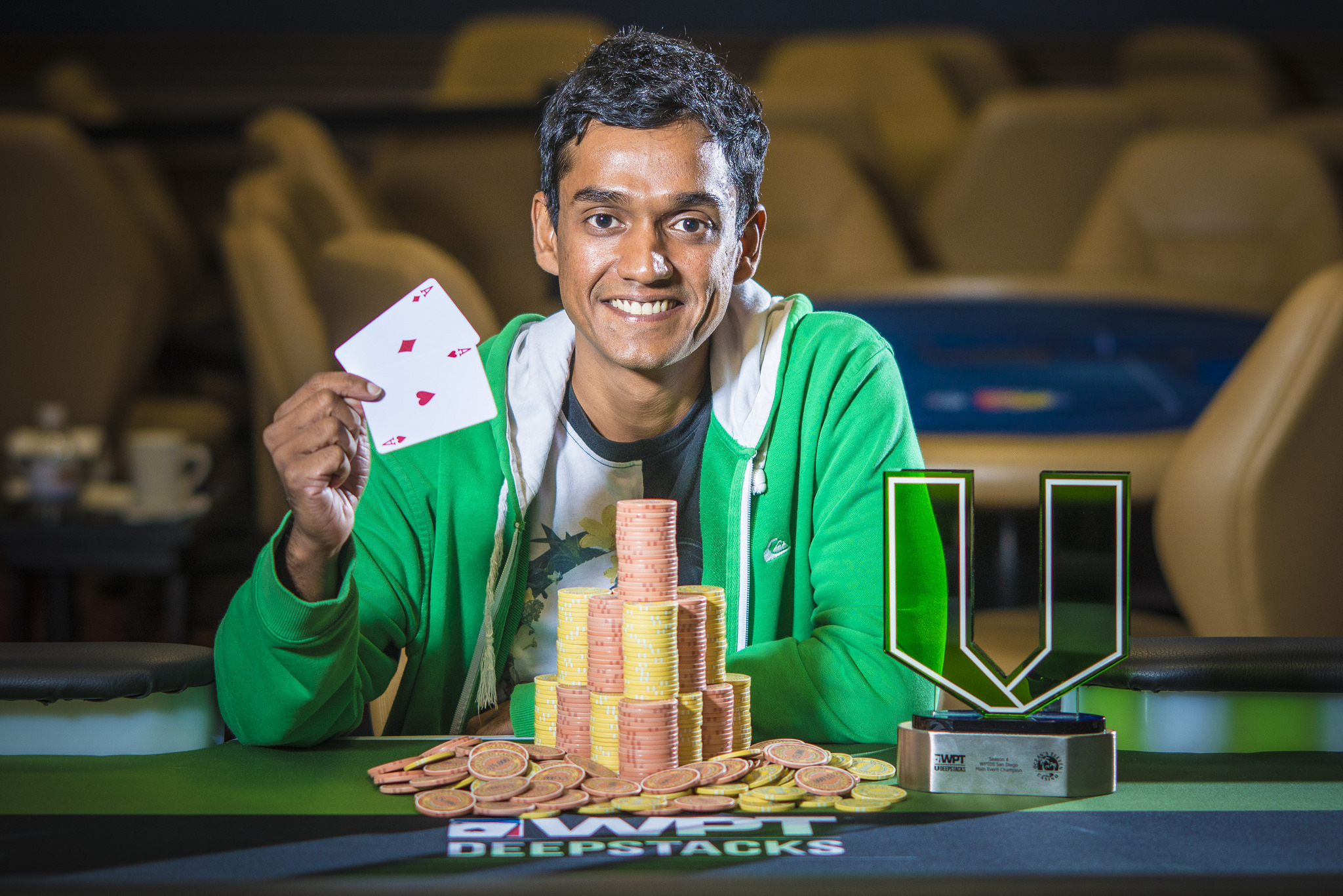 “That was a pretty nice feeling,” De Silva said after the victory. “I busted on Day 1b for one bullet, but then I reentered and ran it up pretty quick, and I had the chip lead the whole way. I ran a lot better than I played, but that’s all it takes sometimes.”

Looking ahead to December, when the WPTDeepStacks Championship plays out at Thunder Valley Casino Resort in Northern California from December 2-5, it’s going to be a big month for De Silva. Not only is the $1 million guaranteed WPTDeepStacks taking place that he won a package for, but the young pro who holds nearly $2 million in live tournament earnings is scheduled to get married in Sri Lanka.

De Silva came into the final table as the chip leader, and he never relinquished his lead during the course of the final day.

“It was a pretty nice situation,” De Silva said. “I was the chip leader and there were a lot of short stacks, so I just kept raising. There was a lot of ICM pressure at pay jumps. I didn’t have to deal with any big flips or big showdowns. I was just able to chip away at them. It worked out very conveniently.”

Eventually, the tournament came down to De Silva versus Arthur Hahn for the title, but it didn’t take long. In fact, heads-up play took just one hand.

“It was pretty funny, the very first hand I had aces, and I had been shoving on him for the past three hours,” De Silva said. “And then I limp and he goes all in. It was nice.”

*First place includes a $3,000 package to the WPTDeepStacks Championship.

Cards got into the air at 1 p.m. between the final nine players, and the first all-in confrontation saw Craig Waldrop hit the rail in ninth place early in the day. Mateus Lessa went out in eighth place just a few minutes later, and then Veronica Daly exited in seventh place during the next level.

After the eliminations of Lessa and Daly, a series of five double ups prolonged six-handed play until Louis Schaffer bused next.

When the five remaining players returned from their first break of the day, Edward Guergis was eliminated in fifth place. The pace of play continued to be quick, as just minutes later Williams Santos was taken out in fourth place.

Three-handed play lasted for a while, as John David doubled up twice through De Silva. The third time was not the charm for David, however, and he was eliminated in third place the third time he shoved against De Silva.

De Silva held 7.1 million at the start of heads-up play, and that gave him a huge advantage over the stack of Hahn, who held just 825,000. Hahn raised all in on the very first hand of heads-up play, and De Silva quickly called after limping into the pot from the button. The two players then tabled their cards, and Hahn saw the bad news with his

behinds the two aces of De Silva. The board ran out

That concludes coverage from the WPTDeepStacks San Diego Main Event. A special thank you goes out to Ocean’s Eleven Casino for hosting another great stop on the tour, and WPTDeepStacks isn’t done yet for Season 4.