by Christian Zetzsche More Side Event champions have been crowned during the World Poker Tour Russia 2021 festival at the stunning Casino Sochi in the Krasnaya Polyana region. High Roller regular Artur Martirosian missed the chance to become the first two-time champion as Stefan Prostorov claimed the title. After a four-way deal, Lidiya Belyaeva earned…

More Side Event champions have been crowned during the World Poker Tour Russia 2021 festival at the stunning Casino Sochi in the Krasnaya Polyana region. High Roller regular Artur Martirosian missed the chance to become the first two-time champion as Stefan Prostorov claimed the title.

Last but not least, the second starting day of the Main Event has been completed. However, let’s first look at the action of the High Roller final table and the unusual winner shot.

On Wednesday February 24, the ₽388,000 High Roller concluded at Casino Sochi and Artur Martirosian was aiming to earn a second trophy during the festival. The event had attracted a field of 51 unique players and 29 re-entries, and the lion’s share of the ₽27,160,000/$418,540 prize pool was still up for grabs.

The only non-Russian finalist, Timur Musagambetov from Kazakhstan, held the lead when the action resumed six-handed with nearly two times as many chips as nearest follower Vitaliy Strelchenok.

It was Strelchenok who became the first casualty of the final day after a rough first level. He doubled Artur Martirosian when the flopped nut flush draw missed and then ran with poket fives into the pocket tens of Timur Musagambetov, finding no help on an ace-high board. In the same level, Aleksey Savenkov departed in fifth place when his pocket eights found no help against the aces of Musagambetov.

Vasiliy Kurdin was caught bluffing with ace-high as once again Musagambetov had the best of it on a double-paired seven-high board. The bid for a second title of Martirosian then ended in third place when he clashed with Stefan Prostorov. Martirosian flopped top pair and top kicker with ace-jack suited while Prostorov made bottom set with pocket treys. An ace on the turn gave Martirosian the top two pair and the remainder of his stack went in after a king appeared on the river. 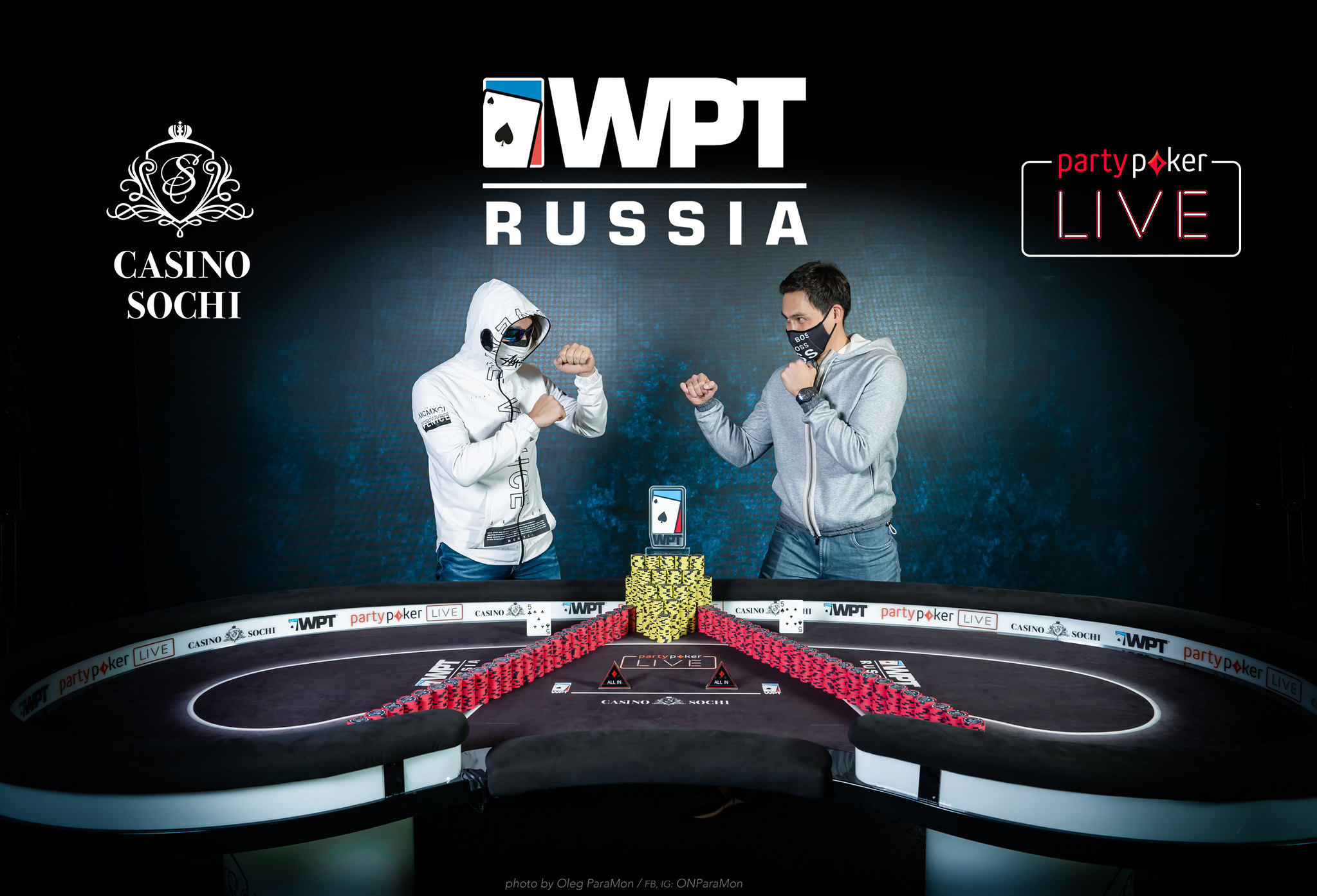 Prostorov entered heads-up against Musagambetov with a five-to-one lead and it didn’t take long to determine a champion. It was a flip in the final hand as Musagambetov’s ace-queen found no help versus pocket fives on a king-high board. He became the second place finisher for ₽5,548,900/$75,465 while Prostorov earned the trophy and top prize of ₽8,323,000/$111,955.

The second to fourth place finishers each received ₽472,500 and the eliminations took place within a few minutes from each other. It was then Lidiya Belyaeva who accumulated all the chips and earned the top prize of ₽680,400/$9,253. 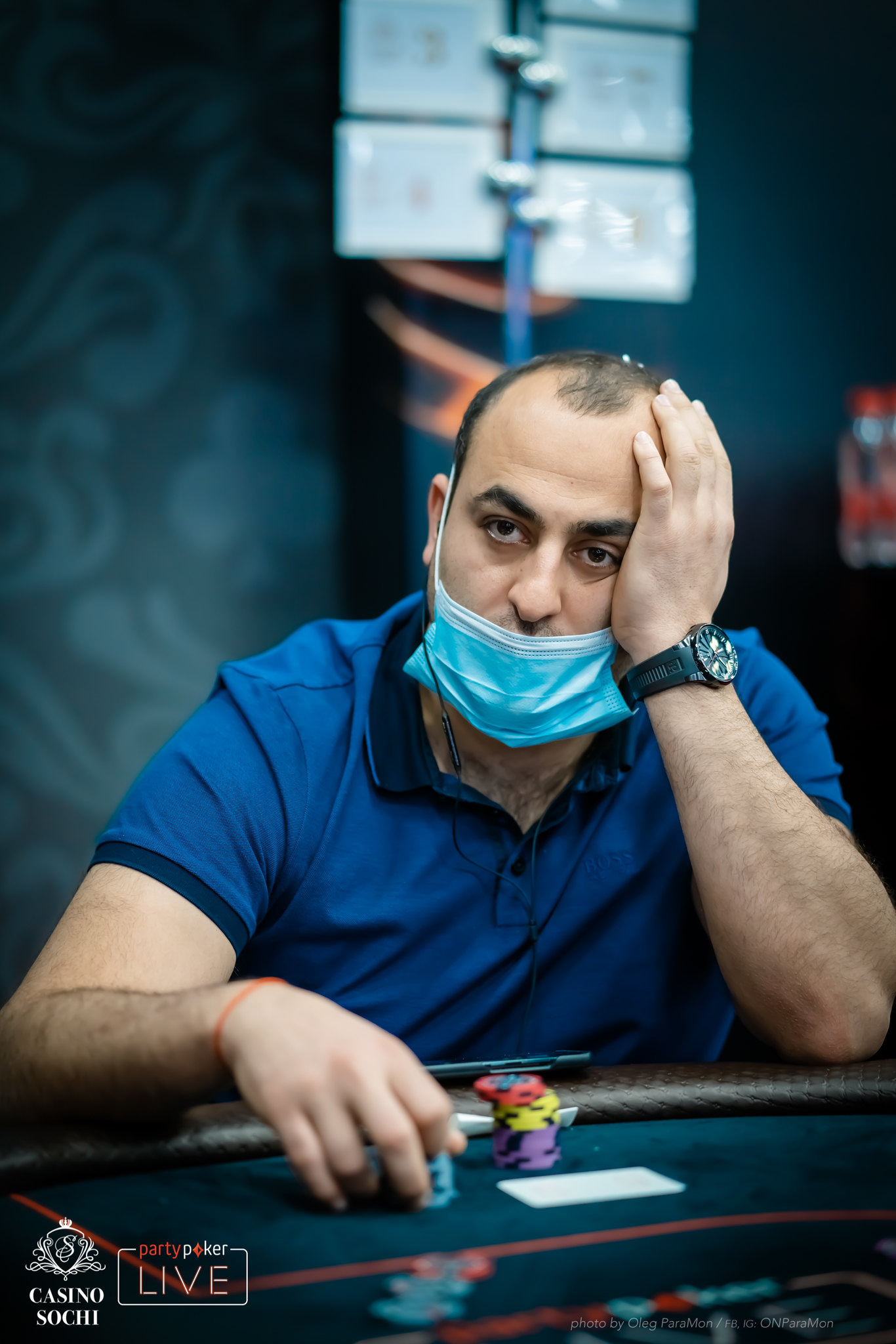 The second of four starting days of the WPT Russia ₽245,000/$3,328 has been completed. After 60 entries emerged on Day 1a, the field size for Day 1b was slightly smaller with a total of 42 entries (including 26 unique entries and 16 re-entries). Once again, exactly 50% of the contenders made it through as 21 players bagged up at the end of level eight.

Aleksandr Chernikov accumulated the most chips by some margin and also became the overall chip leader for Day 2 with a stack of 228,200. Andrey Chernokoz finished in second with 156,500 while 2020 High Roller champion Garik Tamasyan (pictured above) ended up with the third-biggest stack of 122,000.

Last year’s Main Event runner-up Vlada Stojanovic also made it through and turned his starting stack of 40,000 into 54,800. Russian High Roller powerhouse Artur Martirosian jumped into Day 1b of the Main Event after he busted in the High Roller in third place. He quickly lost his entire stack, re-entered and bagged up 33,700 chips.

Notable casualties of Day 1b include Damir Gabdullin, Almat Idrisov, Sergey Tikhonov, Egor Turubanov, and Ezatulla Amani. They all have another shot at making Day 2 through one of the remaining two starting days.

Day 1c has commenced at noon local time while the turbo heat Day 1d is scheduled to take place as of 6 p.m. local time later today on February 25.

The WPT team will be providing live updates as of Day 2 of the Main Event on Friday, February 26 until the conclusion two days later. The final table will also be streamed with cards-up coverage and commentary on Sunday, February 28.

by Christian Zetzsche The World Poker Tour has returned to the stunning Casino Sochi. Situated in the Krasnaya Polyana region about one hour away from Sochi and the international airport, the host venue is located close to the ski resorts which hosted events during the 2014 Winter Olympics. Casino Sochi has become a hotspot for…

By Lisa Yiasemides WPT Russia continues at the beautiful Casino Sochi, as the tension builds now that some of the series’ biggest tournaments have begun. Russian star Artur Martirosian has banked his first win of the festival after claiming the top spot in The Opener, while Aleksandr Pustovoy also won a side event after taking…

By Christian Zetzsche The 2021 World Poker Tour Russia festival approaches the final stages at the stunning Casino Sochi in the mountains of the Krasnaya Polyana region. Only a few minutes away from a ride to the resort which hosted a portion of the Olympic winter games, the venue has become a prime destination for…