Day 2 of the Charity for 1 Day Sooner got underway with 45 players looking for the
$90,498.50 first-place prize. With $51,200 already locked up for charity, it was the regular payout and the sprinkled in $500 bounties the players were gunning for.

The partypoker team pro Mikita Badziakouski exited in 29th place for $3,408.71 after shoving his 4 last big blinds with T8s from under the gun. What he didn’t anticipate was having both players to his left with respectively AQs and AKs, the board didn’t help Mikita allowing Roberto Romanello and Joao Victor Valli to share his stack.

Not much later, Joao Vieira shoved for his last 559,000 from the cutoff with king-ten. Manig Loeser in the small blind reshoved with jacks and the big blind folded. Vieira hit a king on the flop only to see Loeser spike a jack on the turn to leave Vieira drawing dead. Vieira hit the rail in 27th place for $3,408.71. 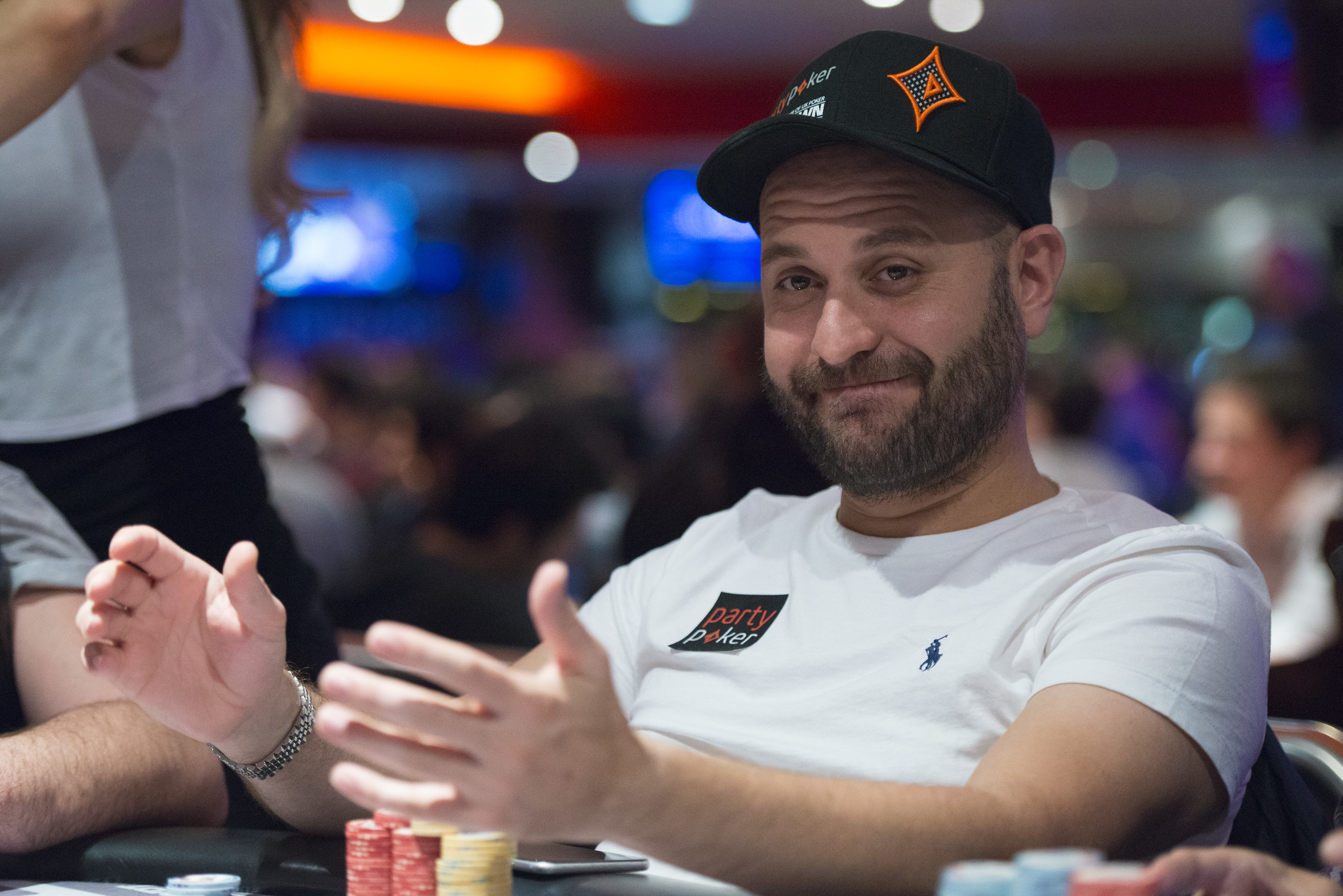 Roberto Romanello, short for some time, found a hand in pocket eights to go with. The Welshman shoved from the cutoff for his last sixteen big blinds after an under the gun min open by Sam Trickett. Trickett called with ace-queen and hit a queen on the flop to bust Romanello in 24th for $4,368.91.

Down to the last table with nine players, it was soon time for Tomi Brouk from Finland to pack his bags. Peralta opened the cutoff with queens only for Brouk to shove the small blind with king-jack off for his last twelve big blinds. Peralta had the easy call and experienced no threat from the five community cards. Brouk out in ninth for $6,577.37.

The remaining eight players played for a fair bit before the next player hit the payout. Eventually, Mikołaj Zawadzki was the unlucky one finding himself go bust in eighth place for $8,161.70. He shoved the button with ace-deuce for a little over a single big blind. Sam Trickett in the small blind isolated to four big blinds with king-ten suited only to see Peralta call in the big blind with ace-ten suited. The flop of ace-ace-nine was checked through before another nine hit the turn, making Zawadzki and Peralta the full house. Trickett check-called a two big blind bet, and a miracle ten completed the board, gifting Peralta the higher full house. Trickett check-folded to Peralta’s overbet, and Zawadzki got the bad news of being rivered soon enough.

When Timo Kamphues doubled with queens through Sergey Konovalov’s ace-king, the latter was short while the former suddenly led.

The next hand, Peralta opened the hijack with ace-five, and Kamphues called from the button with pocket sixes. Konovalov in the big blind called with deuce-nine suited and shoved when he flopped a flush draw on four-four-six. Unfortunately for him, Konovalov was drawing dead against Kamphues’ flopped full boat. His stop-and-go didn’t quite work, and he was out when the turn and river completed the board; Konovalov out in 7th place for $11,282.35. 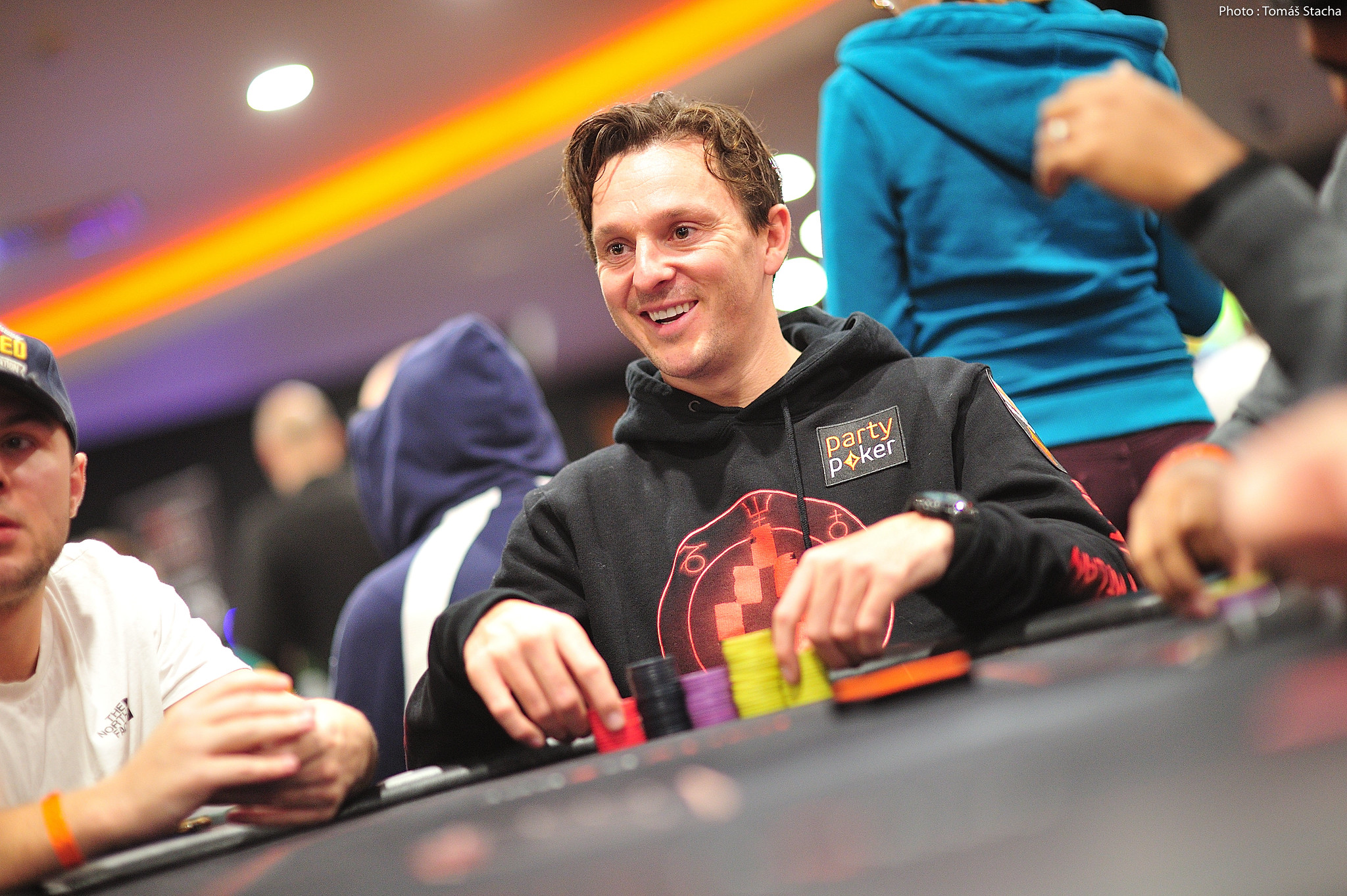 Kamphues, now the demanding chip leader, started bullying the table, making big moves on a regular interval. One such big move – shoving for 21 million from the cutoff with nothing but king-four off – put the pressure on the other players. With the other five remaining players hovering around the same stack, ICM dictated a cautious approach. Trickett, though, seemingly had enough of it and called from the big blind with ace-ten off. He was slightly ahead against Kamphues, but a king and four on the flop had Trickett’s odds of surviving diminish in an instance. After a meaningless nine on the turn, Trickett was drawing dead. The start of the final table chip leader went from third in chips to out, just like that. Trickett finished 6th for $15,843.30.

Now, on an even bigger chip lead, there was no stopping Kamphues. On top of having a massive stack, Kamphues was lucky at the right times as well. He shoved for 29 million from the cutoff with jack-ten offsuit. Klas Simon Ingemar Löfberg on the button called all in for 5.8 million with pocket aces only to see Kamphues hit a ten on the flop and jack on the turn. Löfberg out in 5th place for $21,796.54.

With Peralta on a very short stack, Matas Cimbolas showed he had x-ray vision folding pocket eights before the flop while Nikita Kupchin had aces. That resulted in Cimbolas surviving a little longer.

Soon after, Peralta min opened with his sub-three big blind stack with jack-ten offsuit. Kamphues found ace-king suited and put him all in, and Peralta committed his last big blind as well to go to showdown. A jack and king on the flop was all there was to it; Eugenio Peralta out in fourth place for $30,726.40. 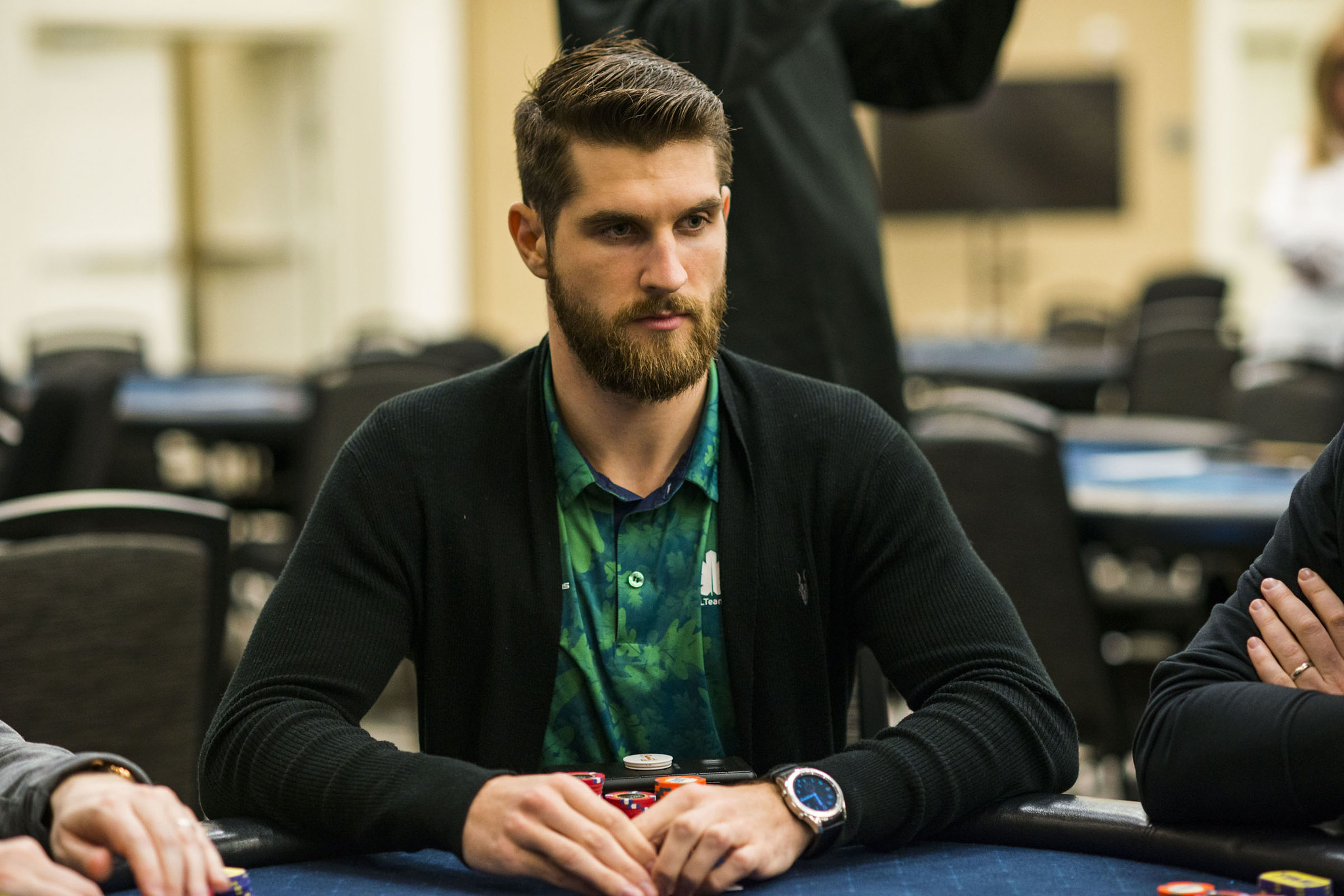 Down to three players, Kamphues shoved from the small blind holding pocket fives to put the pressure on Matas Cimbolas in the big blind. The 2014 WPT Nottingham champion and 2019 LAPC runner-up from Lithuania called with pocket fours and was just about drawing dead after a five on the flop. Things were made official after the turn bricked, and Cimbolas exited in third place for $44,169.20.

The mano-a-mano fight between Timo Kamphues (40 million) and Nikita Kupchin (8 million) was a bit of an unfair match up. Soon enough, Kamphues had an even more significant advantage with Kupchin down to just ten big blinds.

In the final hand, Kupchip limped from the button holding a monster with pocket tens. Kamphues shoved with ace-six suited from the big blind, and Kupchin instantly called to try and double up. Things were looking good for Kupchin on the flop and turn, but an ace on the river sealed his faith to go out as the runner-up. Still, Nikita Kupchin made $64,429.42 while Timo Kamphues triumphed for $90,498.85. 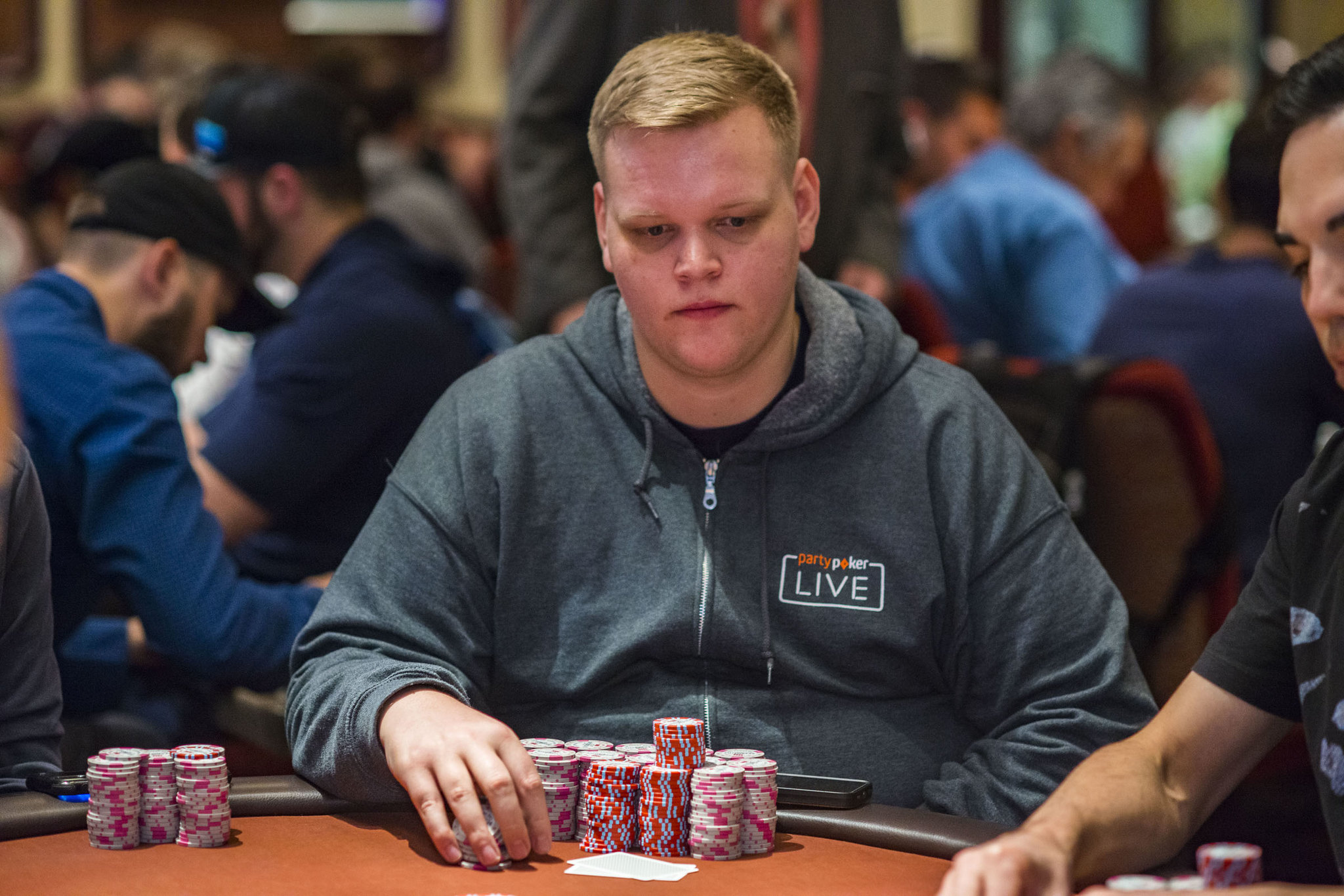 Kamphues, a German poker pro playing from Austria with some big cashes to his name, knocked out the majority of players on the final table. He dominated from the moment he grabbed the lead and never relinquished.

You can rewatch the Day 2 and final table play, on partypoker’s Twitch channel. With hole cards exposed, James Dempsey and Henry Kilbane talk you through all the action.

Join us on partypoker tonight for the first starting flight of the 8-Max Warm Up event. As usual, players will find three levels of buy-ins ($1,050, $109 & $11) and massive guarantees for a total of $750,000.
You will also be able to qualify for the 8-Max Championship with the Mega Sats running daily. 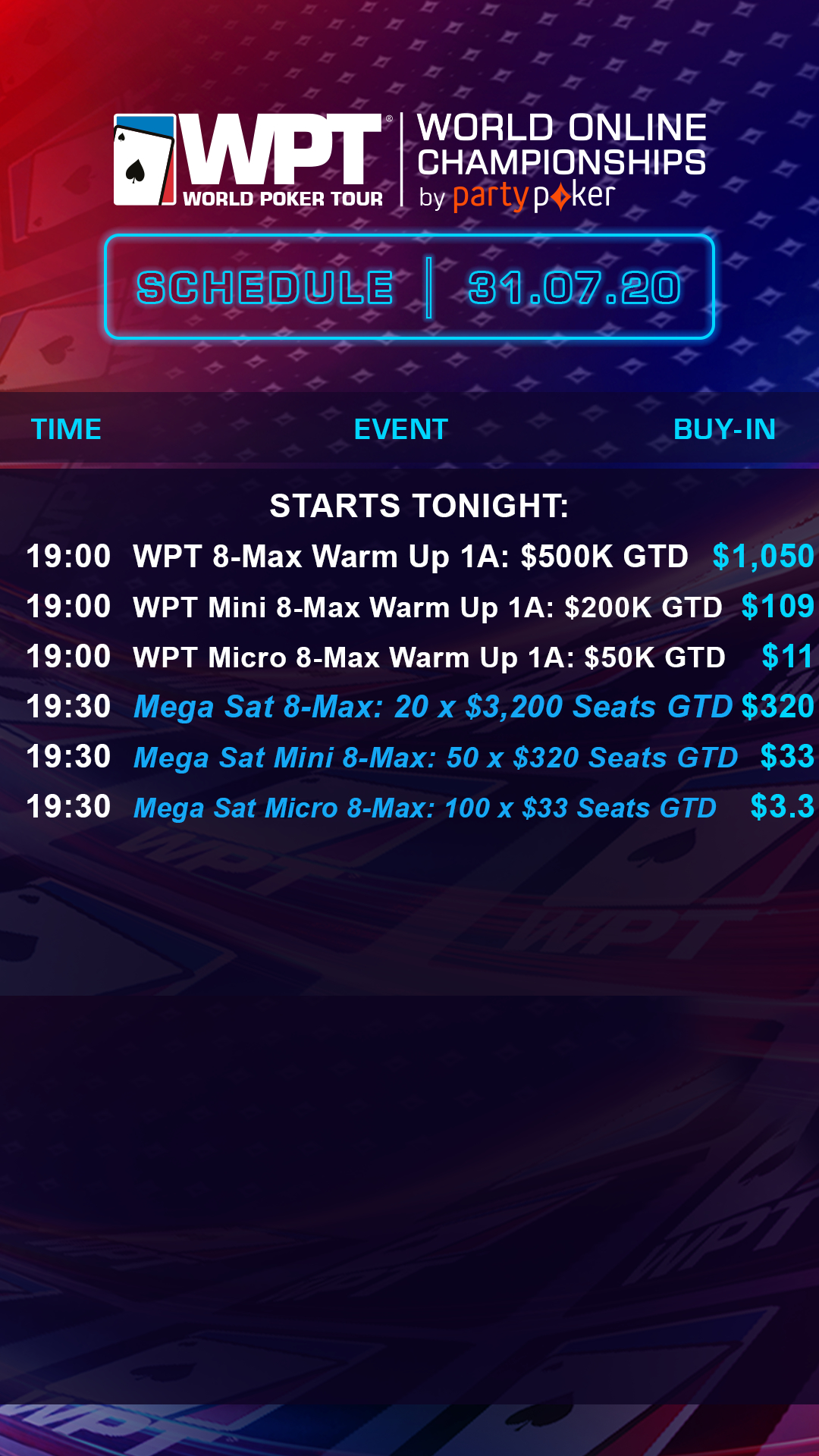