The WPT bestbet Bounty Scramble remains the only bounty event on the tour’s schedule each year. While the site’s Main Tour event may be on hold for a bit, many players will be looking forward to the bounty-busting action. 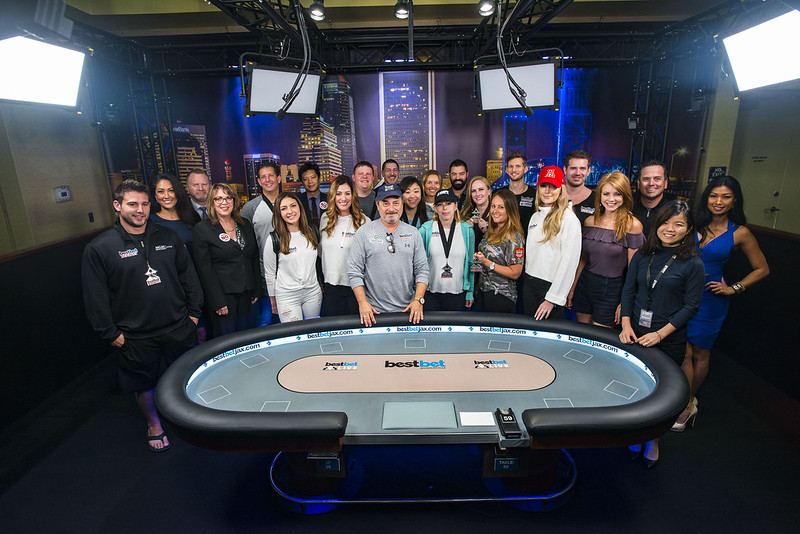 Despite the hold on the Bounty Scramble, poker has returned to the property and this week marks bestbet Celebration Week at WPT. The tour and bestbet have a relationship dating back to 2011 and both parties hope to see that continue well into the future.

“It’s been a great relationship,” Executive Director of card room operations Jesse Hollander (pictured below) says. “The World Poker Tour has been awesome. It helped put us on the global and national stage and bringing in players that may have never even thought about coming to Jacksonville.” 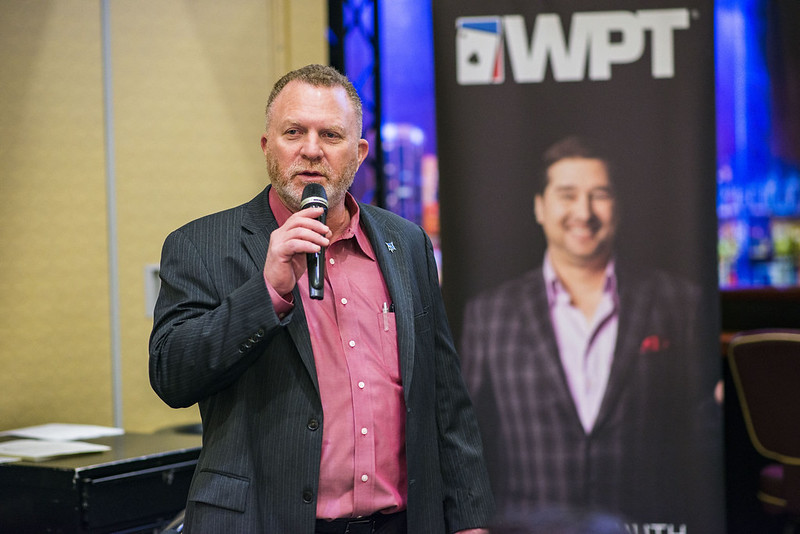 The actual relationship with the bestbet began in Season X (2011) with the WPT Jacksonville at the company’s Orange Park location. That event was the first of two tour titles for Tony Ruberto. A year later, the tournament was moved to the bestbet Jacksonville and rebranded as a bounty event.

The scramble element is unique and players simply love the format. A group of WPT champions, well-known players, and occasional celebrities have a bounty on their heads throughout the tournament. Knock out one of those and the winner scores $2,500. 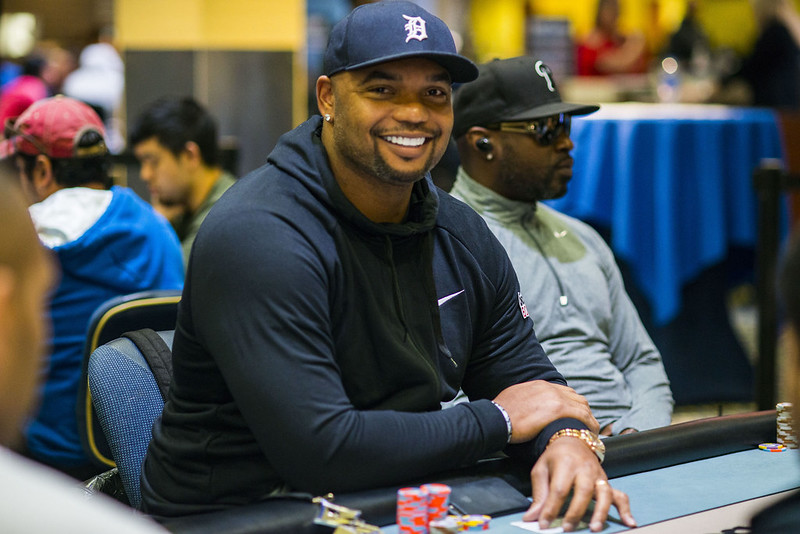 “I think everyone likes it, and they probably would have never considered it if it hadn’t been a WPT event,” Hollander says. “I think it’s a cool added element where there’s a strategic decision of: ‘Should I call? This guy’s worth $2,500 if I knock him out.’”

bestbest adds some flair to each elimination – paying the winner in cash at the table, the loser signing his or her “bounty medallion,” and taking pictures to mark the occasion. The event helps separate the property from others and the $5,000 buy-in makes it a special tournament for the area. 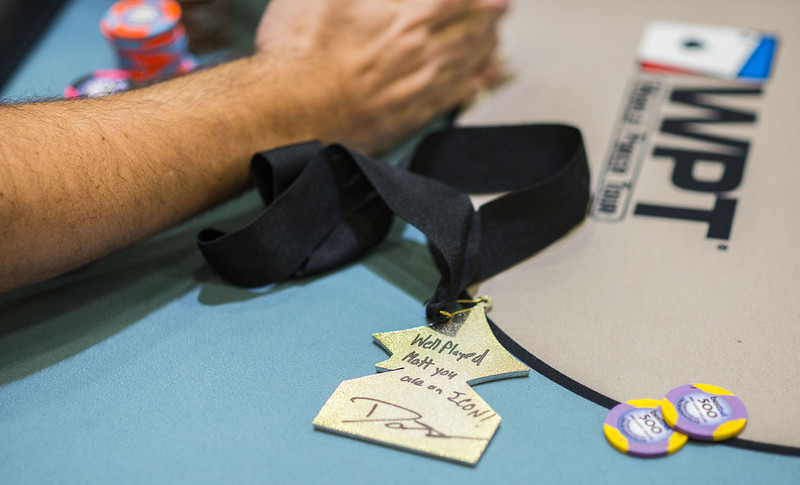 bestbet also runs numerous satellite events for local players. The WPT event has been popular with bestbet regulars and several have gone on to big finishes. But the Main Tour isn’t the only WPT event held at the property. The poker room also hosts an annual WPTDeepstacks event and was even running the tournaments before the WPT bought the tour.

“It’s even better now that it’s associated with the World Poker Tour,” Hollander says. “It creates a lot of excitement and a buzz around the room because it’s a different market and a smaller price point, but it’s been great.”

It’s certainly not business as usual, but poker has returned to bestbet. Like many properties, the longtime WPT partner has adjusted to a COVID-19 environment since reopening in May. Since then, there has seen steady growth in players returning. That includes cash games and daily tournaments in a safe, clean, and socially-distanced environment. The property has even run a few $1,500 special events and received a nice turnout for those.

“They went really well, almost too good,” Hollander says. “We’re trying to run a tournament where we get a hundred people and we got over 200. So the demand is out there, the business is out there – especially for tournaments.”

That doesn’t mean it’s easy. Hollander notes that it’s difficult to manage larger tournaments because there is so much cleaning involved. Staffing can also be difficult, but the property has made it work so far on a smaller scale. The large size of the bestbet poker room has helped in these efforts – allowing more space per table. 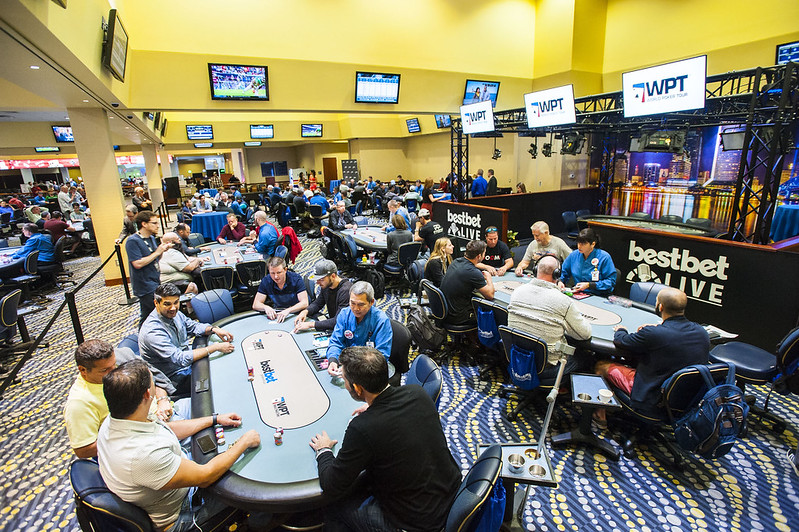 The property now has another series in the works. The bestbet Winter Open series is set for Jan. 21-31 with a $2,000 main event running Jan. 29-31 with the final table live streamed on bestbetLIVE.

Hollander adds: “Hopefully we’re going to get back to the WPT and WPTDeepStacks somehow in 2021.”

Looking back, there have been several big moments at the WPT bestbet Bounty Scramble. The first moment Hollander remembers came in Season XIV when Tyler Patterson not only won the WPT title but also his own bounty. That’s not all, the property also puts a “last longer” prize on all the bounty players – a special bottle of Dom Perignon champagne.

A year later, Patterson was back at the final table and finished fourth. It was quite a two-year run for the poker player from Everett, Washington.

“When they got down to heads-up, Shawn and Caldo each said, ‘Well we’ve got all the pros out, so now it’s just us two donkeys,’” Hollander remembers. “And they each did a shot of tequila and had a good time.”

Champions Club member Calderaro went on to two more big years following that finish at bestbet. The following season he took 12th and then runner-up again in 2014. He remains a tour regular and quite a character to play with on the felt.

For Hollander, seeing some local players do well in the Bounty Scramble is also memorable. The tour works to get some of its regulars in the field and that has proven successful. In 2014, local player Nabil Hirezi topped a field of 258 players to win $206,041. The room was packed with friends and family cheering on the 59-year-old dentist. A one-outer on the river gave him the title and eliminated Calderaro. Another local hit it big in Season XVI when recreational player Paul Petraglia, who works as a pilot, took the title and $315,732. 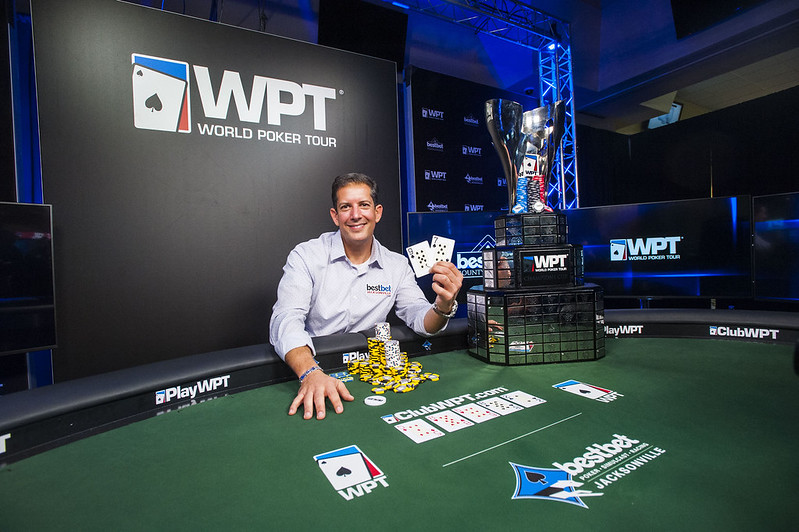 One additional tour highlight for bestbet came off the table in December 2019 when VP of Poker Operations Deb Giardina was given the WPT Honors distinction in Las Vegas. It was the culmination of years of hard work in the gaming industry and leadership at bestbet. 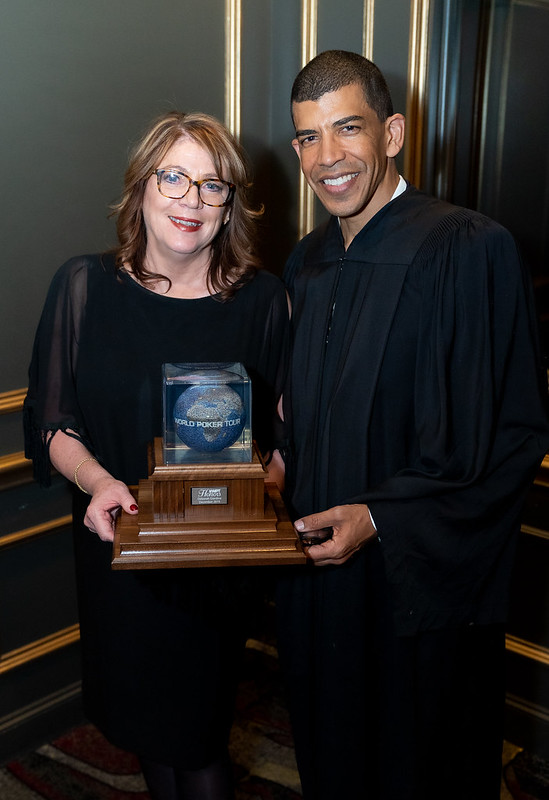 “That was amazing,” Hollander says. “It really just goes to show that even though we’re just here in northeast Florida, we’re on the map, and having her receive that was a big honor for all of us. We really have made a mark in the community and in the industry in a positive way, and it’s been a great run with WPT. The WPT family has been a great partnership. We’re hopeful that we’ll have another WPT event soon.”