Seminole Hard Rock Hotel & Casino in Hollywood, Fla. has been bringing a bit of South Florida to the World Poker Tour since Season IX. Stops at the property have become some of the most popular on the tour and that continues with the $3,500 WPT Lucky Hearts Poker Open from Jan. 22-26.

The event features a $1 million guarantee and marks the first live Main Tour event in the US since March 2020. The property has been a key partner with the tour and that continues as Seminole Hard Rock kickstarts the return of Season XVIII action. 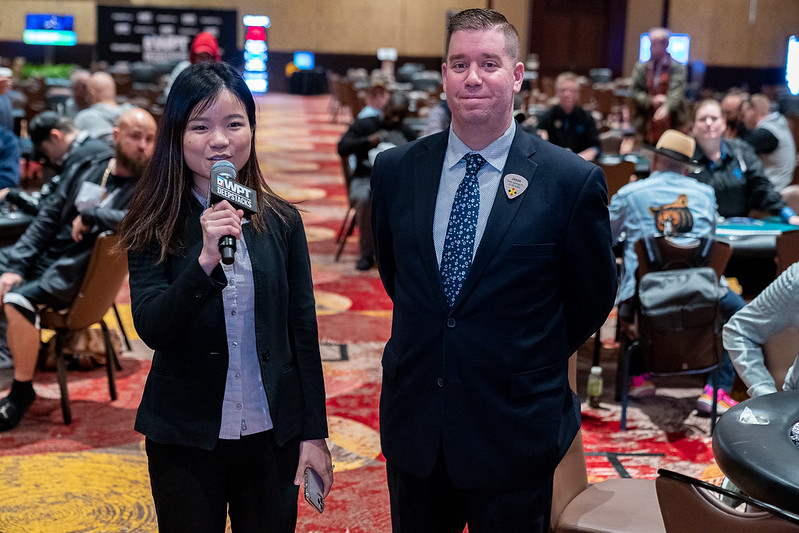 Even before taking the reins as tournament manager last year, Jason Heidenthal (pictured) recognized what a great property Seminole Hard Rock Hollywood was and its importance to the WPT. As a premier destination, the casino resort is a leader in the South Florida poker scene. The WPT has been a big part of that.

“We love the WPT as a brand and they are the flagship poker tour out there,” Heidenthal says. “We’re very blessed to host the tour two to three times a year. It’s a very important relationship. We’re honored to be hosting this upcoming series with the WPT name in it.”

With the return to the live felt, the property has stressed its thorough cleaning protocols and processes to create a safe environment for players. Players will also find a four-day main event rather than the traditional five. That also comes with a reduced guarantee after reaching as high as $3 million in past events.

There is also a slimmer schedule of side events. Despite all those changes, plenty of action should be in store for players looking at a return to the real felt.

“We had to tone things down a tad, just to get back out there,” Heidenthal says. “Our number one priority is to get this up and running in the safest possible form.”

Looking back, there have been numerous big moments in the Lucky Hearts Poker Open and other Seminole Hard Rock WPT events. One Lucky Hearts highlight came in Season XIII when Brian Altman won his first tour title for $723,008.

Altman, who is also the current leader in the Hublot WPT Player of the Year standings, added to that story even more last year by winning the event again for $482,636. He became the first player in WPT history to win the same tournament twice. 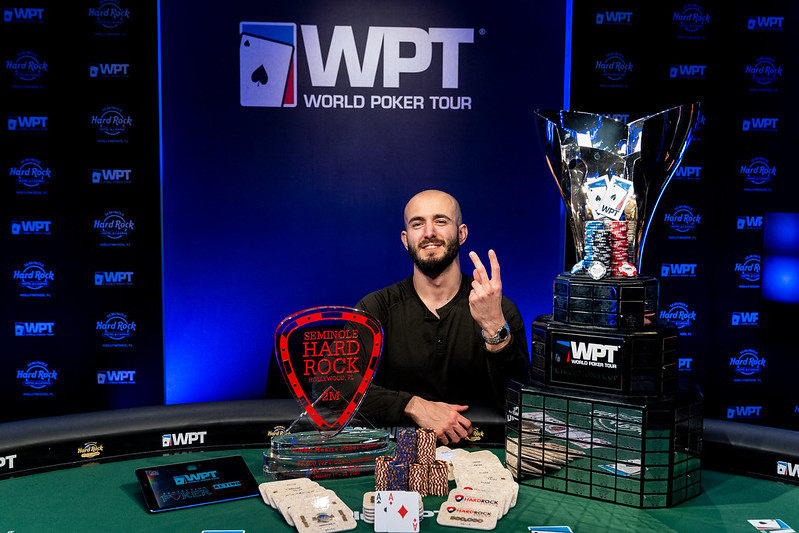 “This is incredibly special,” Altman said after his second win. “It’s amazing to be the first person to win the same WPT event twice, and kind of cement myself in history with this event. Obviously, it’s fantastic to get big wins, but playing these events I’m happy to put myself in a position to go deep, be chip leader, and make final tables.”

Another big name came through in the Lucky Hearts in Season XII. James Calderaro won the event when it was held at Seminole Casino Coconut Creek for $271,103 after topping Shannon Shorr heads-up for the title.

Seminole Hard Rock held its first WPT event in 2011 and offered a glimpse of what players could expect. Taylor Von Kriegenbergh topped a field of 433 players for a $1.1 million payday in a $10,000 buy-in event. Some other big Seminole Hard Rock event winners include:

Beyond big names, Seminole Hard Rock is known to produce massive prize pools and the stop has been a favorite among players. Afriat’s win in Season XII produced the largest live event field in WPT history with 1,795 entries.

When cards get back in the air for this year’s WPT Lucky Hearts Poker Open, the resort’s team members will be pleased to be part of major live tournament poker’s return. However, safety and cleanliness will be more in mind than massive turnouts. Heidenthal notes: “A big thank you to the players and we hope they enjoy their stay.”