WPT Choctaw – A Look Back at WPT Champions

After a two-year hiatus, the World Poker Tour is returning to the Choctaw Casino and Resort in Durant, Oklahoma. The $3,700 WPT Choctaw is set for July 23-27 and comes with a $1 million guarantee. This time a trip south comes a bit earlier than usual, but makes for a perfect time to hit the pool, grab a steak dinner, and play some serious poker.

This marks the fifth edition of the event, which has become one of the most popular stops on the tour. The Choctaw offers a great poker scene and has featured some major final tables and great stories in recent years. Here’s a look at the event’s history. 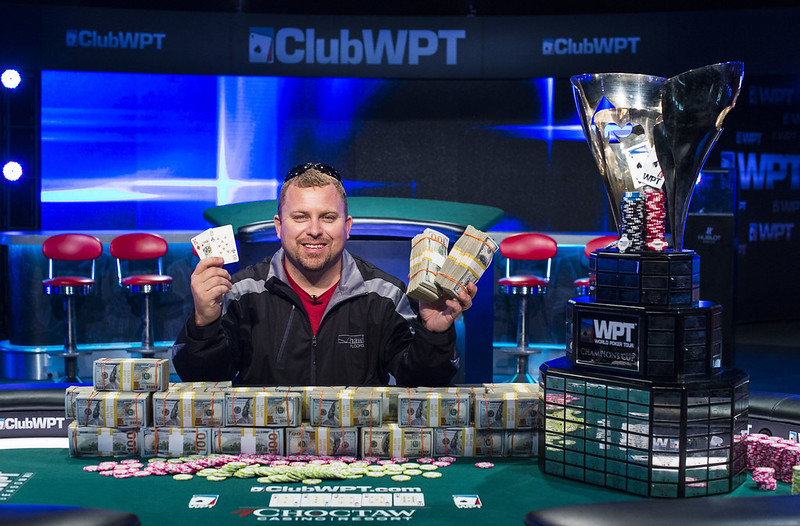 “Winning the first WPT Choctaw was truly a dream come true,” he says. “It was my first-ever entry into a WPT event. In all honesty, it was very similar in my eyes to the ‘Moneymaker effect’ for the WPT. I played heavily in the mid-circuits exclusively for several years, long enough that most everyone knew me.

“After I won, many players in those circuits were elevated into the WPT events. In fact, five years after my win, I see hundreds of those regular mid-circuit players entering various WPT events across the country. To somewhat be involved in seeing those new players make the jump to the WPT is very rewarding.”

Grabbing that WPT title wouldn’t be easy, especially with players like Jake Schindler and Darren Elias at the final table. Brin kept to his game plan however and maneuvered his way around major confrontations before getting heads-up with Andy Hwang.

“To be at the final table with two high-profile players like Darren and Jake was both exciting and intimidating at the same time,” he says. “These guys are killers. I knew to avoid them in pots and play in position. When I did, I did my best to keep all pots small with them to limit the damage that they could cause. Andy was running over the table most of the night. Thankfully for me, he eliminated Darren and Jake along the way.”

Brin never misses WPT Choctaw and comes into the upcoming event following a deep run at the WPTDeepStacks at the Venetian. He’s looking forward to heading back to Oklahoma.

“I love big fields and Choctaw always draws a crowd,” he says. “The property is beautiful and my family uses this stop as a family vacation during this event. The wife and kids love the place. The pools are outstanding, the rooms are awesome, the amenities are second to none, and the kids love The District on the lower level.” 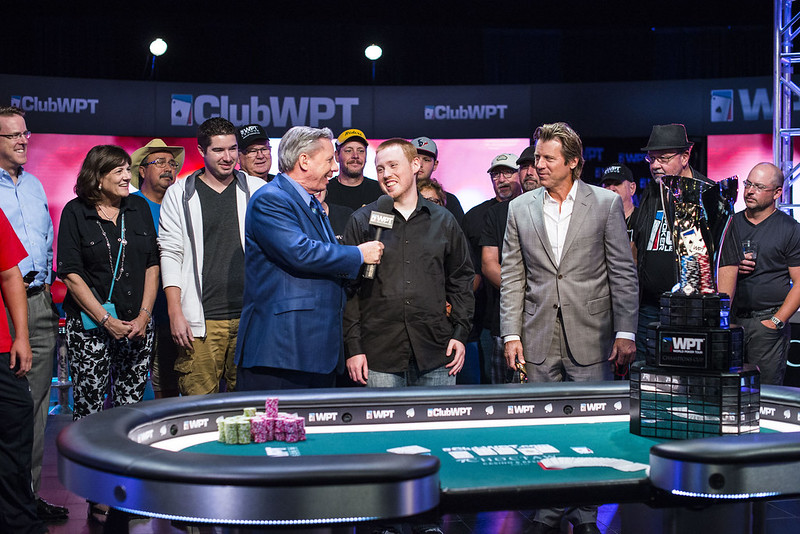 The Choctaw produced another tough final table with Craig Varnell, Jack Duong, and Benjamin Zamani among those battling it out for the title. It was James Mackey rising to the top, however, besting a field of 1,066 for a $666,758 payday. The event once again produced a solid $3.6 million prize pool.

The win brought a bit of vindication for Mackey. He came close to joining the WPT Champions Club in Season XII finishing third in the WPT Seminole Hard Rock Poker Showdown for $441,128. For Mackey, the Choctaw win added to an already impressive poker career and he now has more than $4.2 million in live tournament winnings. 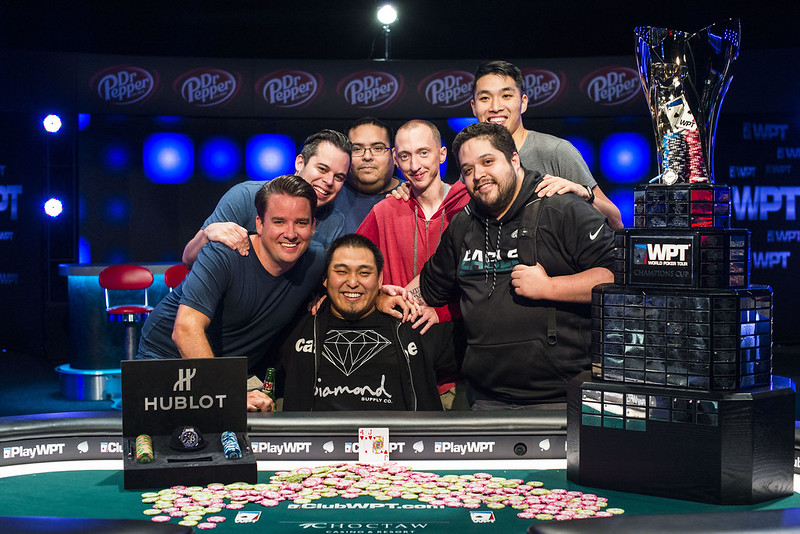 After growing up watching and playing poker, Texan Jay Lee fulfilled a lifelong dream by winning a WPT title. Everything just came together for the part-time poker player, who also worked as a food deliverer at home in Austin.

The event attracted 924 entries for a $3.1 million prize pool. Another interesting storyline included the fourth-place finish of Michael Stashin. He was playing his first tournament in a casino at only age 20 (Oklahoma allows gaming at 18 and up). His father brought him to the tournament from their home in Long Island, New York, and it certainly was worth the trip.

Stashin held a chip lead at one point for an impressive WPT debut. But this event was Lee’s to win. Some key hands late at the final table helped secure a WPT title. 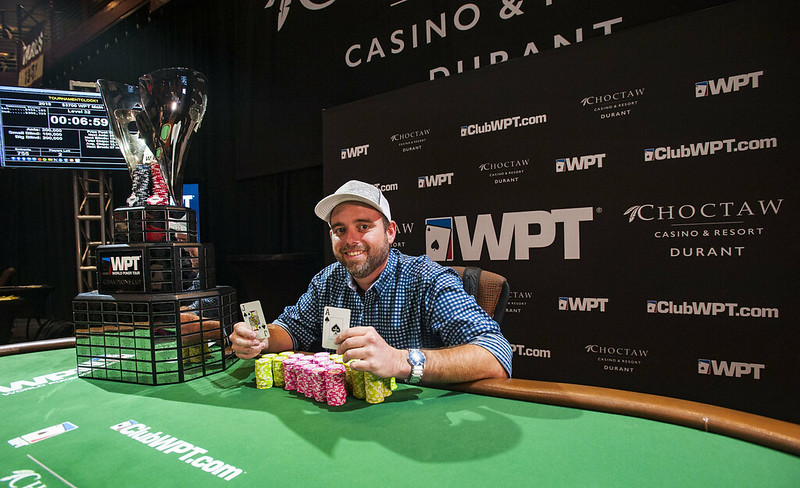 Another Texan rose to the top in the most recent WPT Choctaw in 2018. Despite a table of sharks that included Viet Vo (runner-up), Tony Ruberto, and Anthony Zinno, recreational player Brady Holiman came out on top for a $469,185 score. The win was his first and remains his only WPT cash.

At the time, Holiman worked as general sales manager at a car dealership in Athens, Texas. A new job, however, will keep him from competing this year due to some training classes he’s currently taking. Despite being a recreational player, Holiman believed he had the skills to compete. He vowed at the final table to play his game and not be intimidated.

“It kills me to not go,” he says. “Anyone who plays poker fairly seriously, and I have for quite awhile, it’s a dream to win a WPT or a bracelet. I always thought I had the skill to do it, but I never chased that lifestyle. I’m not being arrogant, but I’ve put in a lot of hours in cash games and had some decent success online playing tournaments when it was thriving. I just never played many live tournaments.

“To win one with just a handful of events under my belt was a blessing for sure. But that shows anyone who is a student of the game has a chance. It will always be one of the most memorable days of my life. Really, words can’t describe it because I’ve had the thought of winning one for years and years, just never took my shot.” 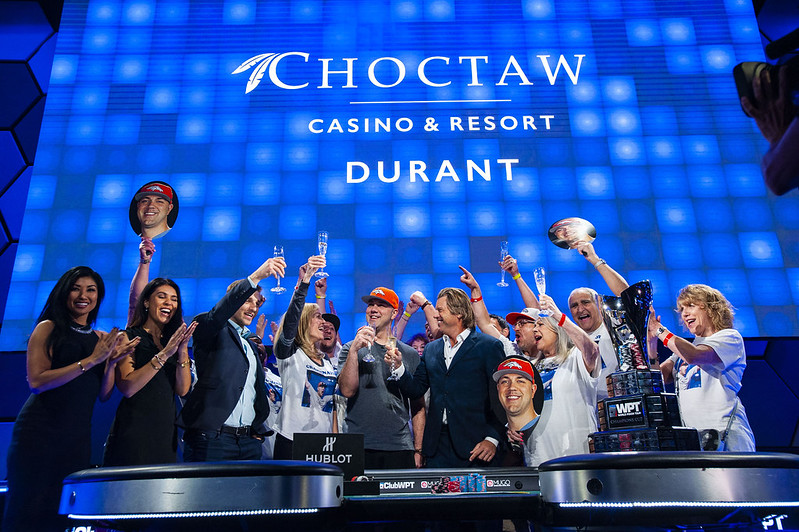 After coming so close in Season XV, Craig Varnell found another deep run at Choctaw in 2018. When the final table kicked off at the HyperX Esports Arena, he was second in chips but at one point had sunk to only three big blinds.

Varnell then turned things around and went on to score his first WPT title for $379,990 at an entertaining final table that included Will Berry (runner-up), Nick Pupillo, and Trung Pham. The win was even more special as it came on Varnell’s birthday.

“It feels great,” said Varnell, who also has a WPT500 title as well. “When I found out the final table was on my birthday, I said, ‘Well that’s good.’ And then the day didn’t start out too well. I was down to three or four big blinds. I don’t know what happened, I won a couple of all-ins and all of a sudden I was back in it. It was crazy. I had a big support group here. It was the best birthday present you could ask for.”

That event attracted 577 entries for a $2 million prize pool. But with a pent-up demand for poker, there’s a good chance the tournament sees a major increase. Who will be the next WPT Choctaw champ? That remains to be seen but it should be another interesting few days in the Sooner State.

Who will be the next WPT Choctaw champ? That remains to be seen but it should be another interesting few days in the Sooner State.