Last night was epic in every way. Eight new title holders made themselves known…with one of those doing so a day earlier than scheduled! Three tournaments with $1 million guarantees played to their conclusions and hundreds of thousands of dollars on top of that was awarded in prizemoney via the side events.

There was $622,900 still to be claimed of the $1 million prizepool when the nine finalists returned to play to a winner. Yuri Dzivielevski was unable to make any improvements and busted the first of his two final tables in 9th place for $25,500.

Kristen Bicknell had a tough night, which saw her second to leave despite starting third in chips. She took $30,500 for 8th place. Luc Greenwood (7th, $37,000) and Jake Schindler (6th, $46,000) were out the door next, leaving João Ferreira Caetano, Artur Martirosian and Day 2 chip leader Juan Pardo Dominguez all to reach the top five, with the latter the first player to bank a five-figure sum for their efforts. 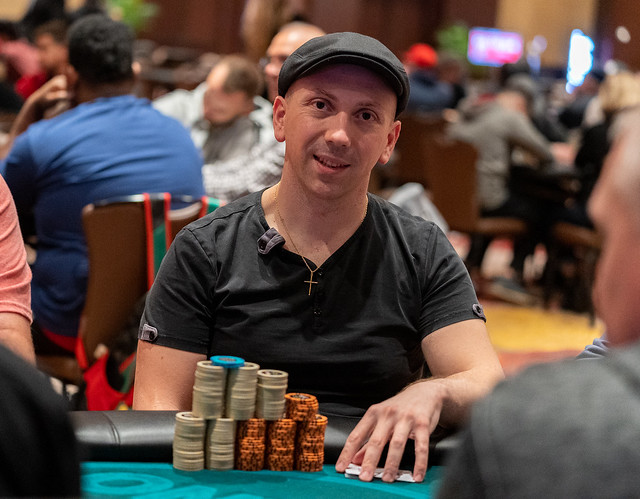 With just two players left, Stuart Guite and Nicolas Yunis wanted to talk numbers and the pair struck a deal that saw Yunis take a cool $200,000 and the title. That left Guite with the runner up position and a not too shabby $177,100.

There was no shortage of big names in the final of the ‘Mini’ event. The 663 entries had been reduced to 28 and the stakes were high as the prizepool had been smashed with $324,000 collected. Jonathan Bussières busted first (28th, $1,819) and it wasn’t long before some big names hit the virtual rail too.

Greek grinder Georgios Zisimopoulos’ departure was a shock, having started the day second in chips. He managed to scrape one ladder after exiting in 24th, while Gabriele Lepore (22nd), Anatoly Filatov (21st) and Chance Kornuth (19th) who all took $2,469 for reaching the next pay jump.

Yuri Dzivielevski’s second deep run of the night came to an end in 16th. Day 1 chip leader Kenny Hallaert (14th), Matt Staples (13th) and Luke Reeves (12th) were not far behind and they all netted $3,152. Nuno Capucho (9th, $4906) bubbled the final table, leaving eight finalists to battle it out.

There was some tough opposition to contend with, among them was Britain’s Jack Sinclair (7th, $7,148). In the end though it was a battle between Sweden and the Netherlands with the former coming out on top and Andreas Berggren lifting the trophy as well as bagging the $58,376 top prize. Duco Ten Haven took second place for $41,660.

Another guarantee was exceeded in the Micro edition and there were 69 survivors all vying for a share of the $111,335 prizepool when play resumed at 7 pm (BST). It was an epic battle, with almost eight hours needed until a winner was reached.

In fact, Knight wasn’t the only player to convert a huge stack into a great result. Both runner up Luiz Zattar Martins Jr and winner Vladimir Petrov started strong and did incredibly well to hold onto their stacks. The duo opted to do a deal heads up that left Petrov with the title and as well around $550 more in his pocket than Martins.

The final table was set in the High Roller and, unsurprisingly given the buy-in, there wasn’t a single unrecognisable name in the player list when they sat down at 7pm. It was the shortest run time of the night so far, with just two and a half hours needed to reach a conclusion.

First out was Rui Ferreira who took $42,000 home for placing in 7th. Ivan Luca climbed one rung up the money ladder before exiting in 6th place for $50,000. Unable to progress any further, Alex Foxen – a player who has crushed the live scene in recent years – was next to depart. He bagged $62,500 for the result.

It was the turn of online powerhouse Jordan Drummond to fall after that, he collected $88,000 for 4th place and was the last player to leave without a six-figure score. Francois Billard, who won Partypoker Millions North America, Kahnawake last year for $745,323, narrowly missed out on a heads-up spot and scooped $124,500 for 3rd place. 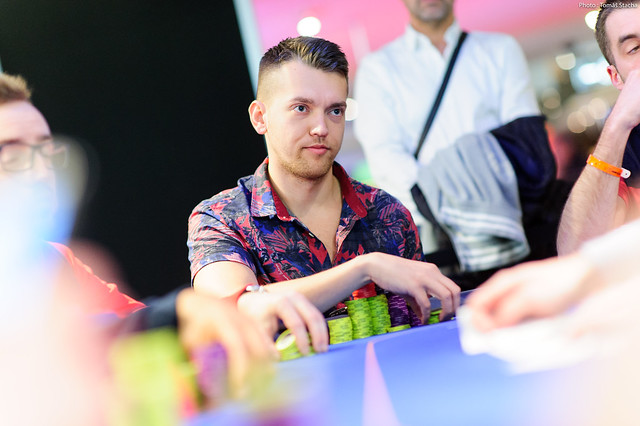 That left Scott Margereson and Niko Koop to do battle and with no deal agreed upon it went all the way to its natural end, with Koop taking gold and over a quarter of a million dollars in prize money to boot. Margereson went home $179,750 better off for his incredible run.

The buy-in may not have matched the High Roller or Big Game, but the guarantee certainly did. With $1 million in the prizepool, there was a huge amount at stake and 57 players were still in with a shot. Jack Sinclair was first out and he wasn’t the only notable name to have a disappointing evening, with Manig Loeser (55th), Robin Ylitalo (40th), Chris Hunichen (37th), Barry Hutter (33rd), Mike Watson (28th), Dario Sammartino (27th), Niall Farrell (25th), Luc Greenwood (24th) and Jareth East (21st) all falling outside of the top 20.

Once Benjamin Chalot, Joep van den Bijgaart and Norbert Szecsi had been dealt with, only Guillaume Nolet stood in Eder Campan’s way. The last hurdle rounded up almost five hours of play and saw the Brazilian take the title ahead of his Canadian competitor.

A total of 269 players had progressed to the second and final day in the Mini and all of them had locked up at least $583 for getting that far. The bustouts may have come thick and fast, but that didn’t stop this tournament having the longest run time of the night – seven hours and 40 minutes.

Vitalii Pankov, Bruno Alexandre P Bernardino and László Molnár did their best to challenge but they couldn’t outlast Federico Oscar Janices who was to take the runner up spot, nor eventual winner Aleksejs Ponakovs.

There were still 449 players still in and it was no surprise that the clock paused at 1am (BST) for the last time. Francisco Sinesio of Brazil had squared off against Russia’s Aleksei Epeikin heads up and Sinesio was the one to take the biggest share of the prizepool as well as a title to go with it.

The second Championship event continued with 61 players still in contention and just 7 of those needed to bust for the money stages to be reached. Jan Collado was the last player leave empty-handed and his elimination secured Andreas Freund a min-cash worth $5,130 for placing 54th.

By the end, after four hours and 48 minutes of play, the final seven were confirmed and some big names had bit the dust along the way, including Jerry Ödeen (48th), Roberto Romanello (44th), Joni Jouhkimainen (41st), Sergei Reixach (40th), Kristen Bicknell (37th), Chance Kornuth (18th) and Jonathan Depa (11th). Joao Simao ($22,294) narrowly missed out on a seat in the final when he finished in 8th, at which point the clock was paused for the evening.

Paresh Doshi leads the way and is trailed by WPT Champion Mike Leah and Alex Manzano, who are in second and third spots in the counts. Could we see Leah become a two-time Champion? Tune into the stream tonight to find out! James Dempsey will host the commentary and there will be cards up coverage from start to finish so you can sweat along with the players. All this can be found over on the partypoker Twitch channel.

They may not have the biggest stacks but László Bujtás and Benny Glaser still have a fair number of big blinds to play with, while Jesse Rockowitz and Alfred Karlsson have some work to do at the bottom of the table. 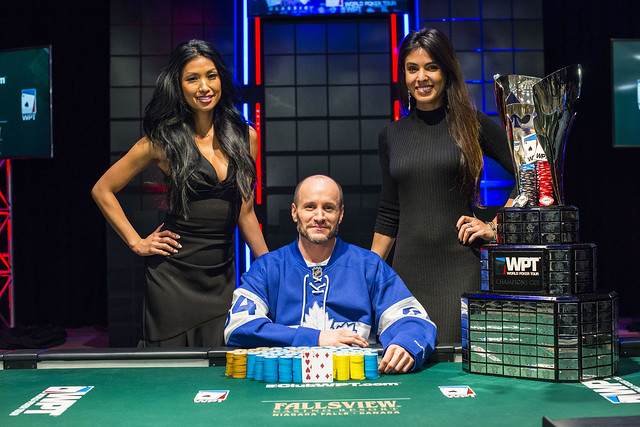 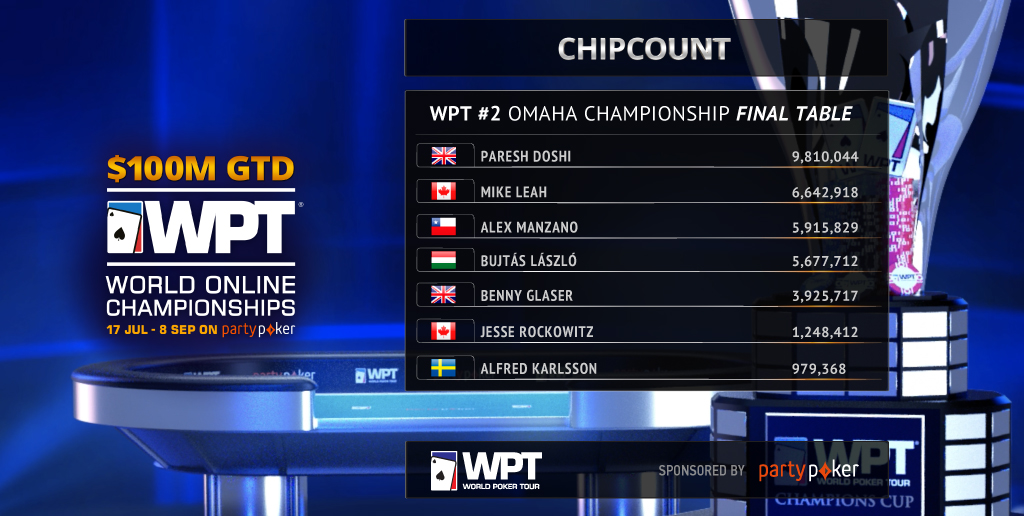 The Mini event came to a surprise end, a full day ahead of schedule. With 20 levels on the clock, the 114 players had been whittled down to one after Erik Gustav Lars Byström defeated Paul Hockin heads up to round off seven hours of play.

Austrian pro Jens Lakemeier came in 3rd, ahead of partypoker’s Renato Nomura in 4th and Andrea Salvatore in 5th. Endrit Geci (6th, $9,750) took the last seat at the final table and Rui Ferreira (8th, $5,550) also had a very deep run.

It wasn’t good news for everyone as Michal Snášel, who busted on the bubble, can testify. His elimination allowed Benny Glaser (108th, $792) to scrape a min-cash though.

We are one player away from reaching the seven-handed final table with eight remaining in the Micro event. Ingemar Backman Trast (12.27 million) and Serhii Leonov (12.58 million) are most at risk but they still have around 30 big blinds in play, so it is not all doom and gloom for them.

The final set of tournaments also began at 7pm (BST) and the largest of the three buy-in options was the $1,575 Main event. Sixty-one players pulled up a chair and at the end of Level 20, there were just 11 left.

Legendary online pro Niklas Åstedt (1.34 million) bagged biggest and Imad Derwiche (1.24 million) and Anton Suarez (1.11 million) aren’t far behind. There is some significant distance between the top three and the rest of the pack. Jeff Gross (197,458) and Emrah Yildiz (110,986) are pulling up the rear in 10th and 11th spots and are very much in the danger zone with only 9 paid. First place is looking at a $31,200 payday, unless any deals are made.

Of the 22 players coming back tonight, Oleg Chebotarev will start in pole position, having accumulated 2.26 million, a whisker ahead of Johan Ekerfelt (2.19 million). The payout stage was reached just before the end and everyone has locked up a min-cash of $402 for their efforts, but with $6,706 going to first, it is all still to play for. Blinds will be 10,000-20,000 (2,500 ante) when they return. 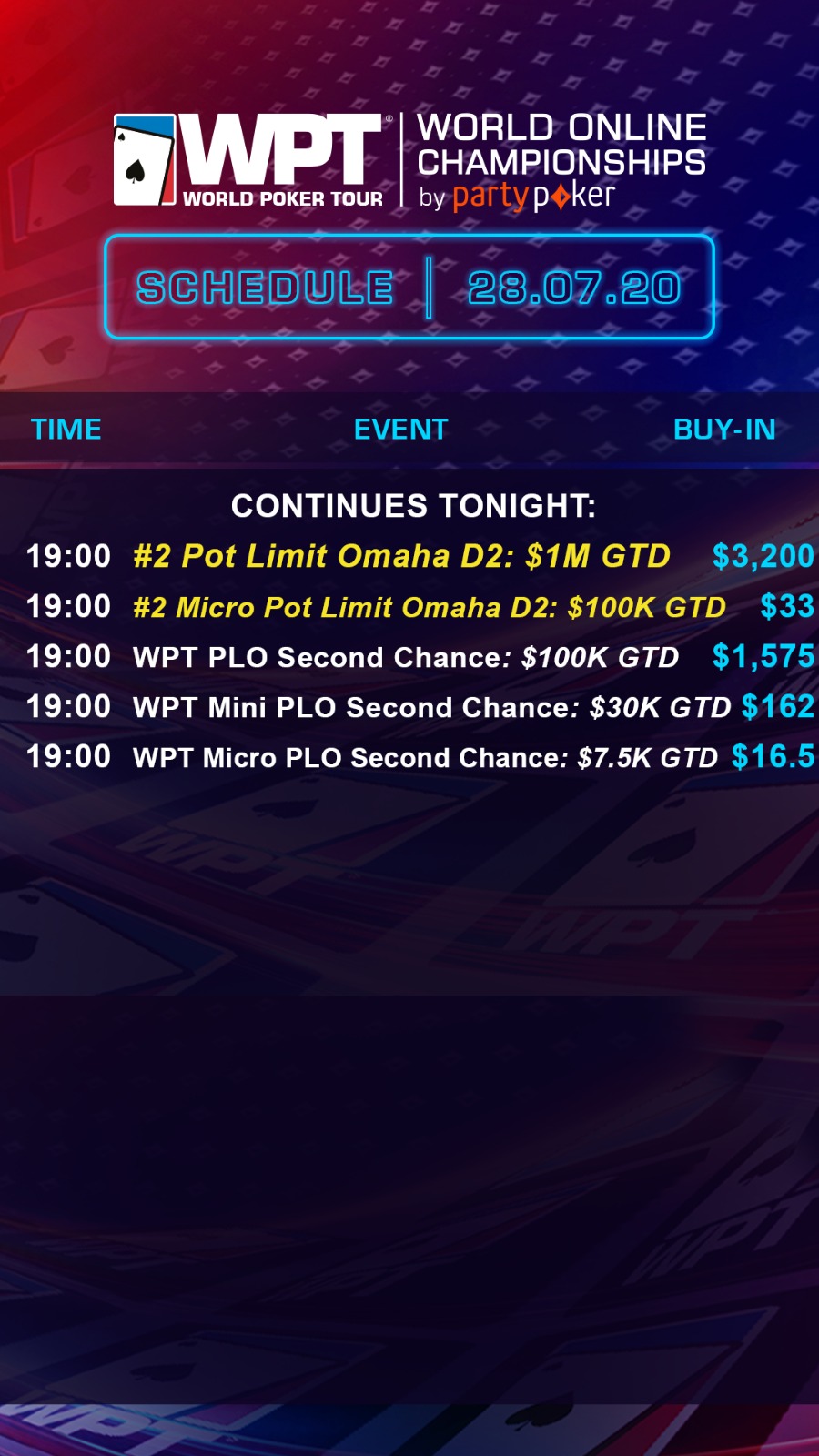 The focus will undoubtedly be on the Championship event, with the Micro also playing to its conclusion and the Second Chance tournaments all reaching a winner too. Check back here tomorrow to find out who has become the latest WPT Champion!