The first of three flagship events concluded last night, with the WPT500 playing down to a winner. Spectators bore witness to history being made via the live stream, as they watched the first time a WPT500 trophy was awarded for an online win.

It was also a big night for PLO players, with three tournaments playing to a conclusion, including the $10,300 High Roller. That meant three more winners and a total of four trophies were collected by the end of the night.

After a little over 10 days of build-up, it was at last time for the final day of the WPT500 to commence with over $1.5 million in prizes up for grabs for the nine survivors of the 4,828-strong field.

Giuseppe Vassallo managed to survive a three-way all in that led to Fabrizio Gonzalez’s elimination. Vassallo had less than an ante left when he was forced all in, and though the main pot was worth less than half a big blind, it was enough to get him to the final table as Gonzalez left in 9th place and Sperling moved into the lead.

It was no surprise to see Vassallo leave next, posting all in from the big blind two hands later and unable to spin up. He was joined at the rail by Daan Mulders (7th), who had successfully negotiated two pay-jumps after coming into the final with the shortest stack. His downfall came when Walter Treccarichi set him all in from the small blind with eight-five and he was unable to hold with ace-six suited.

It took a little longer for the next elimination to occur as Арутюн Саакян doubled, winning a flip against Christopher Pütz. Things were looking promising for the Russian to go further still when Philipp Dietrich found himself in trouble after a bluff gone wrong soon after.

It wasn’t to be however, when minutes later Саакян fell in 6th after losing a huge hand that involved Treccarichi and Sperling. Саакян got it in on the flop with a pair of queens, an ace kicker and the nut flush draw but he couldn’t find help against Treccarichi’s set, which improved to a full house on the turn.

The excitement didn’t stop there, with Markus Prinz finding a fortunate double with pocket-queens against Pütz’s pocket-kings, spiking a queen on the flop to win a 50bb pot and stay in the game.

Down to 12.5bb and the shortest player left in the field, Dietrich needed to make a move at this point and he moved all in on the button but ran into better with his jack-eight suited dominated by Treccarichi’s ace-eight suited. 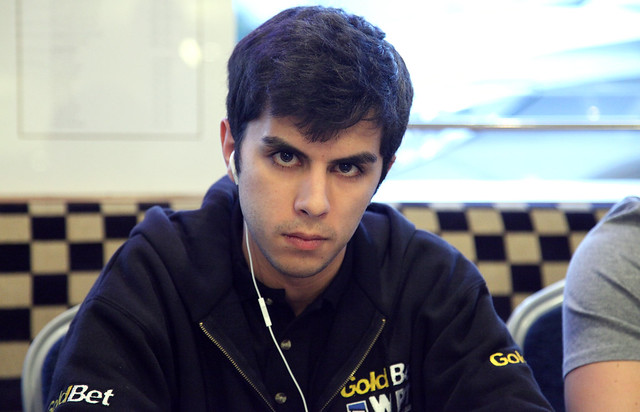 Dietrich’s departure paved the way for the remaining four to discuss a deal and just five minutes later, the winner had been decided with Fabio Sperling taking the title, trophy and $281,126 in prizemoney!

Congratulations to the WPT500 Online Champion for his win and also to Walter Treccarichi (2nd), Markus Prinz (3rd) and Christopher Pütz (4th) who also secured themselves a six-figure payday each for their incredible runs.

There were three other tournaments that played to a winner and the PLO High Roller was the biggest buy-in event and had the biggest prizes up for grabs.

Just six players remained of the 120 field when Day 2 resumed, and all had locked up at least $49,800. Gavin Cochrane started 6th in the counts and was unable to get any further. Jens Kyllönen was out next and was the last player to miss out on a six-figure score.

Веселин Каракитуков left in fourth and Hungarian pro Andras Nemeth took third, a great result after starting with the second shortest stack. That confirmed the heads-up line up between Day 1 chip leader Marcello Marigliano and Andrew Pantling, with the latter coming out on top to take a little over $300,000 for the win! 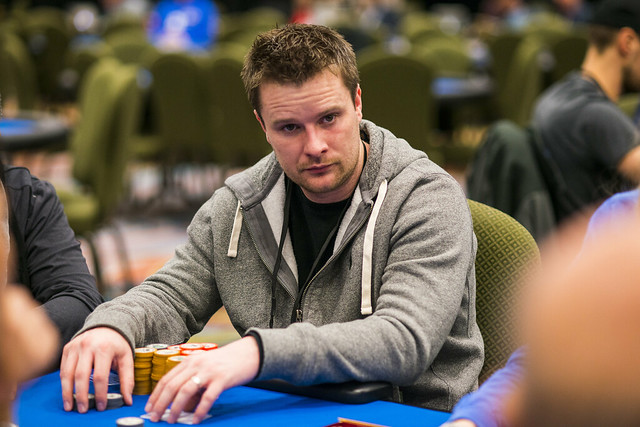 Of 168 players who started in the competition, just ten players were left when Day 2 reconvened at 7 pm.*

Matthew Wood ($6,720) and Benjamin Juhasz ($9,240) couldn’t find themselves a spot on the final table and went home in 10th and 9th places respectively, before two tables became one. Carlo Van Ravenswoud (8th) and Finnish legend Patrik Antonius (7th) departed next, winning $9,240 apiece, before the pay jumps started to increase for each elimination.

Saku Näsman (6th) and Arvi Vainionkulma (5th) saw the end of any possibility for a Finn to go the distance, which left four in contention and Maksim Shuts was the next to bust.

Joao Vieira, who had been chip leader at points on the final table, saw his hopes dashed when he fell in third, leaving left Kristoffer Edberg and Farid Jattin to battle it out. However, the two players opted to do a deal, splitting the prizemoney almost exactly down the middle with Edberg taking around $700 more for first place.

Dorian Rios was the last player standing after 15 returned from the 361 field that started the day before. He clinched the trophy and the biggest share of the prizepool after defeating Alexander Harty heads up.

Arvi Vainionkulma came close to making his second final table of the night and won $1,011 for coming in 10th place, whilst Felix Vincent Stephensen ($1,769) fared a little better, getting as far as 7th place.

Three more trophies will be handed out tonight and one of those will be for the High Roller. As with all the previous high stakes games this series, there were many big names in attendance among the 202 entries. Artur Martirosian (750,433) and Rob Lipkin (689,340) accumulated the most chips, with Alexander Ivarsson (463,654), Norbert Szecsi (458,580) and László Bujtás (442,321) completing the top five stacks. 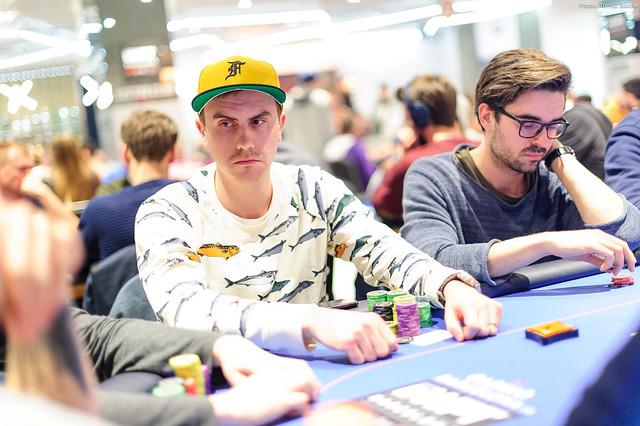 Manig Loeser, Nick Petrangelo and Team Partypoker Kristen Bicknell and Ole Schemion all bagged a top-ten worthy stack, and they, along with Patrik Antonius and Mike Watson will provide some fierce competition for the $205,939 top prize, when the 19 survivors return tomorrow. 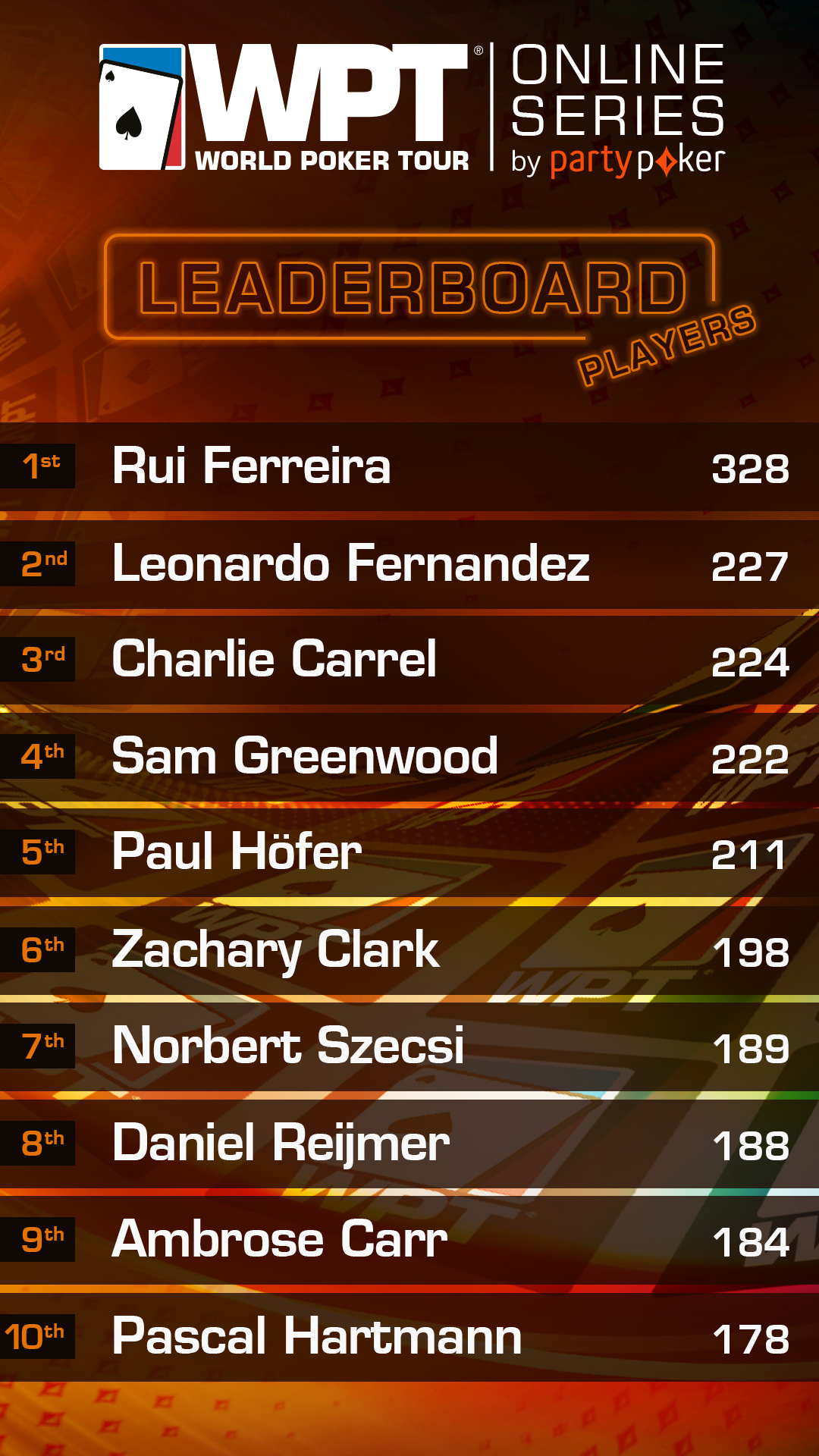 Player points have been adjusted and Rui Ferreira remains at the top, with Leo Fernandez, Charlie Carrel, Sam Greenwood and Paul Höfer sat in the 2nd-5th spots on the leaderboard.

*All times referred to are BST.