WPT Online Series: Who Will Become a Millionaire Tonight?

It’s almost time… the day we have all been waiting for has arrived at last! The final table of the WPT Online Championship is set and tonight eight will become one, as someone will walk away more than a million bucks richer as result!

The prizemoney is not the only thing players will be competing for with the illustrious title and the champion’s name etched on the iconic WPT Champion’s Cup also part of the winner’s package, plus entry into the exclusive Champion’s Club and a $15,000 seat in the Tournament of Champions next season!

The stakes are certainly high so it is fitting that James Dempsey will be your host this evening when the stream goes live at 7 pm* tonight. As a Champion’s Club member himself, James will understand all too well what will be going through the heads of the finalists as they try to navigate their way through the final table, and you can watch every moment of it on the partypoker Twitch channel.

The WPT Super 50 will also reach its conclusion this evening, when the epic tournament that has attracted almost 20,000 hopefuls since the series launched, returns to play down to a winner. 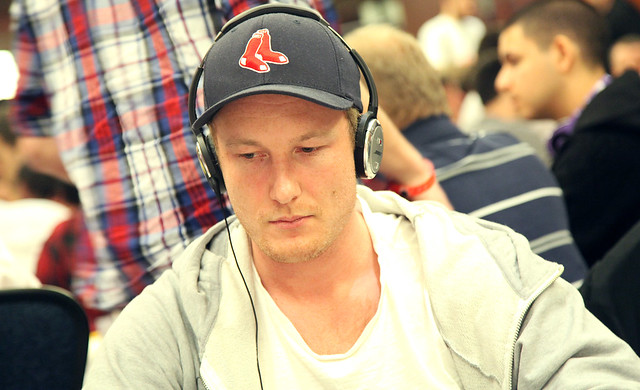 There is quite some jump in stack sizes between the top and the bottom of the chip counts, with Jukka Koskela (5,700,975), Nikolay Ponomarev (5,132,492) and Pascal Teekens (2,215,627) pulling up the rear. This is poker though and anything can happen (Daniel Dvoress can testify to that after his incredible final table run in the Super High Roller a couple of days ago).

They may be short stacked but they are guaranteed at least $66,776 for making it this far and they still have a shot at winning up to $1,048,088, which is more than can be said for the rest of the 35-field that started Day 3. Dmitry Yurasov (9th), Vicent Bosca Ramon (10th), Benny Glaser (11th) and Amichai Barer (12th) all came within in touching distance of the final table and took $51,120 each for their results.

Running since launch night, this tournament has been 18 days in the making but it will all conclude tonight. At the end of Day 2, only 44 players were left in contention, still in with a shot of living the poker dream and being able to turn $55 into as much as $124,075!

Two trophies were awarded last night, both in PLO Hi-Lo Knockout events, and the first went to Luiz Orrico in the $530 event. Team partypoker Jeff Gross was first to fall on the final table, followed by Day 1 chip leader Wagner Petry, who came unstuck despite a huge chip advantage at the start of the day to bust in 7th place. 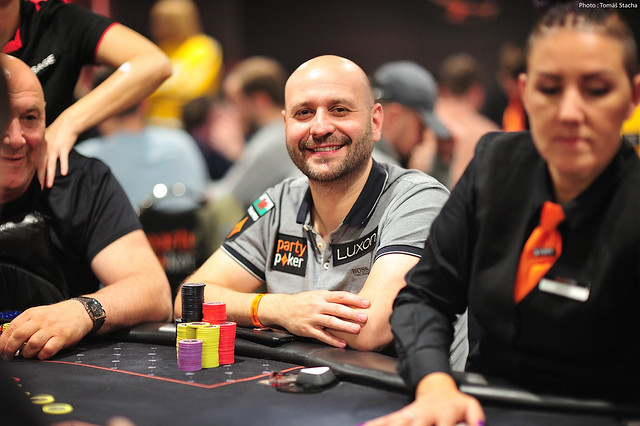 Andreas Klatt and Stanislav Tukov were next out before another partypoker representative, Roberto Romanello, departed in fourth. Alexander Burkart made it as far as third, which left Artem Voziyanov and Orrico to duel for the top prize, trophy and title, with the latter managing to lock up the win, rounding up the four-and-a-half-hour battle.

Despite 15 players returning for the final day, the Mini event played out significantly faster, finishing after three-and-a-half hours, with bustouts coming thick and fast. Anton Mangilev was out first, followed by Kevin Macphee and Mykhailo Doronin. Alexander Burkart had managed to navigate his way to a second final table but couldn’t progress past fourth place. Alexandru Talica went one better but just missed out on reaching the heads-up phase of the tournament.

Roman Iisakkala gave it their best but had to settle for the runner up position with Maksim Volkov going the distance to take the second trophy of the night.

A third final table will play out later as the second day in this two-day event resumes at 7 pm. Andras Nemeth (911,709) took the chip lead at the end of the night, a player who has already notched up two final table finishes after coming third in the $10,300 PLO High Roller and runner up in the $3,200 Second Chance. Could this be the event that nets the Hungarian his first title of the series? 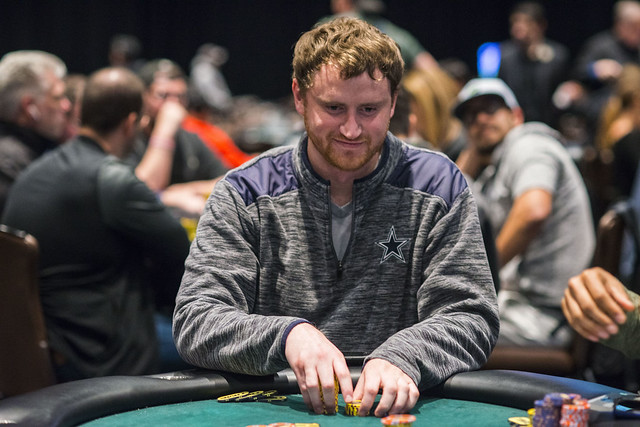 Patrik Antonius (1,644,597) had the most productive night in the bigger buy-in bounty comp. He goes through with the chip lead as well as an enormous $11,141 in bounties banked already (almost double that of anyone else in the field). Alessandro Valli (1,003,749), who finished runner up in the $530 Turbo bounty the previous evening, is second in chips. 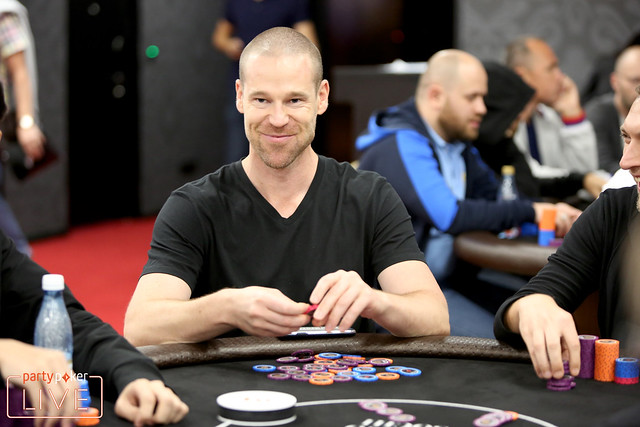 There are 35 players still in the running in the Mini event and Dragos Trofimov (4,642,641) had chipped up the most by the end of 22 levels.

Day 1s in both the WPTDS and the Mini WPTDS events will run each day until Tuesday, May 26, with the second starting flights getting underway yesterday. 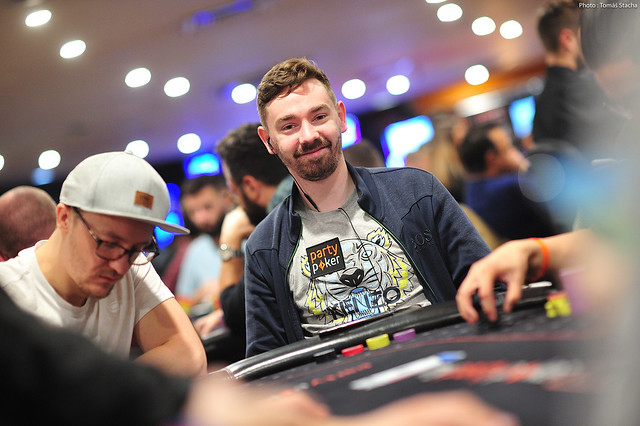 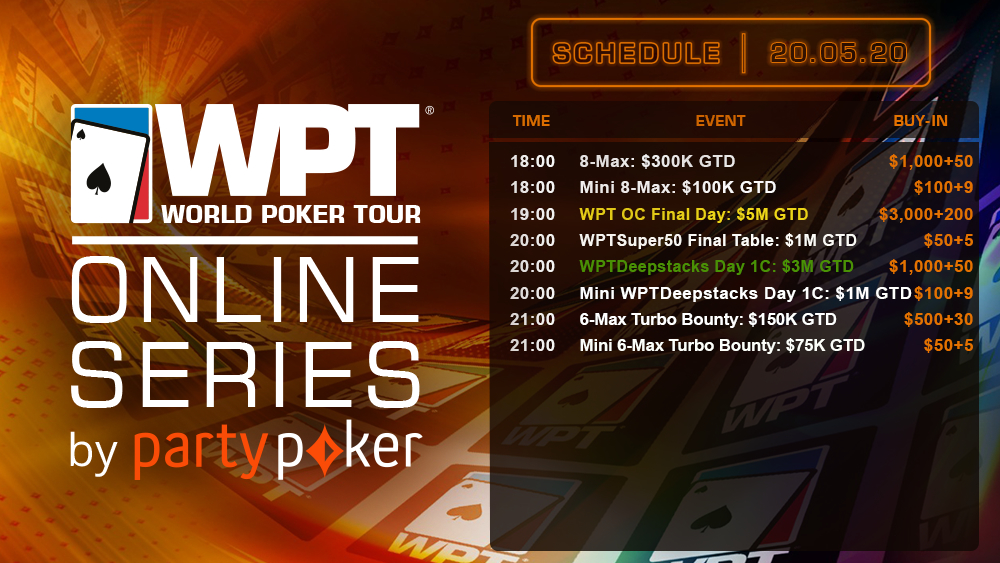 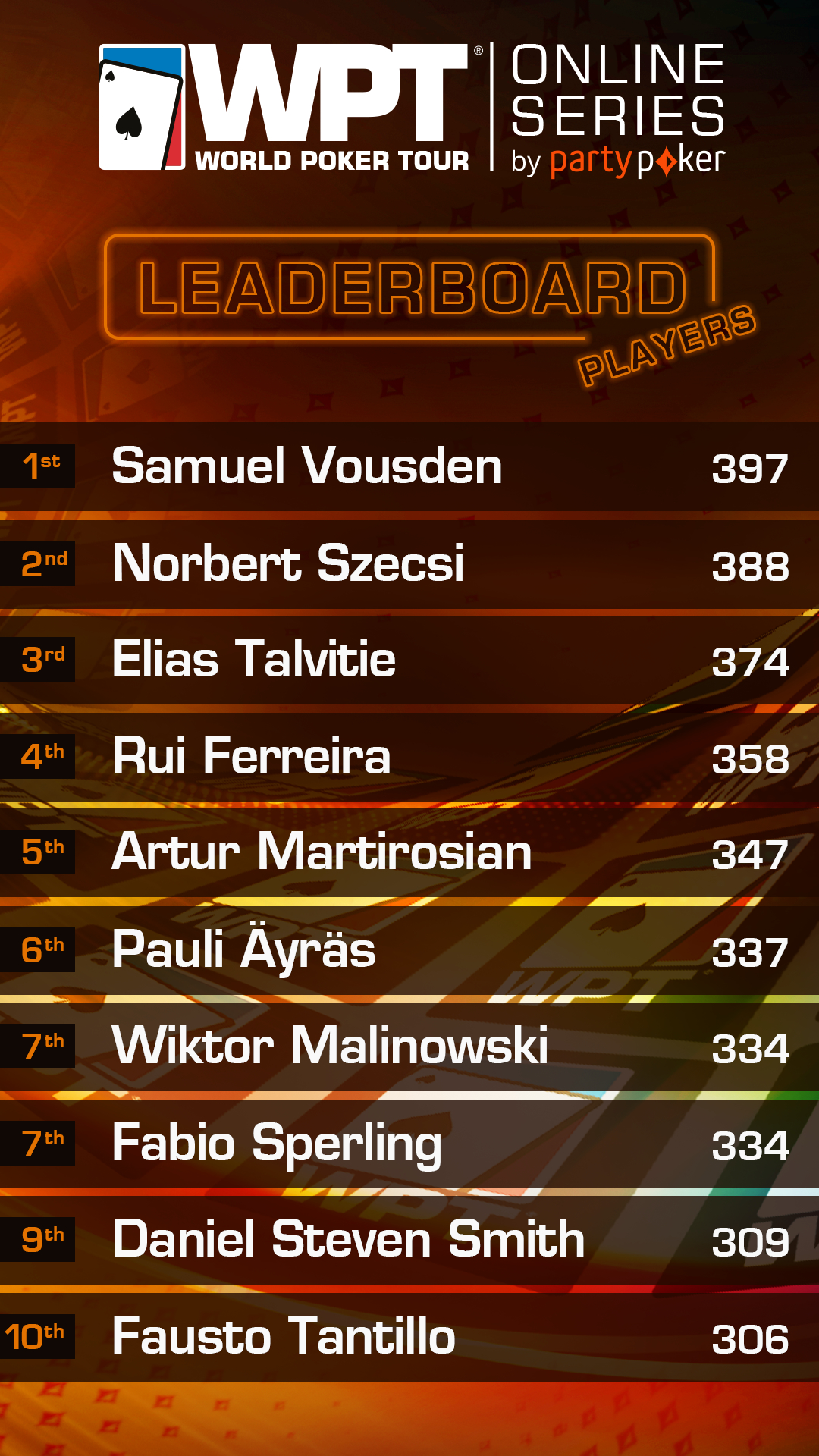 The points from Elias Talvitie’s sixth-place finish in the Super High Roller two days ago added to his previous final table results, sees Talvitie move into third place on the Leaderboard. Only Samuel Vousden and Norbert Szecsi are ahead of him, with Rui Ferreira and Artur Martirosian taking the last two top-five spots.