Poker star Jason Mercier takes his first trophy after popping into play the series for the first time, and in the PLO High Roller no less. Mercier triumphed in an extremely tough field for his first piece of silverware and more than a quarter of a million dollars.

There were also an additional four trophies awarded last night as WPT and partypoker gear up for the third weekend of fantastic tournament structures and huge cash prizes seen so far this festival. The $1,050 WPTDeepStacks is really hotting up with several Day 1 flights to chose from ahead of Day 2 on Tuesday. The $3,000,000 prize pool make it one of the most unmissable events in the calendar.

Yesterday, the last eight players in the PLO HR returned to play with the majority of the $1,010,000 prize pool still up for grabs. There wasn’t a great deal of shift in the bottom half of the table. Mark Davis busted first and was the shortest stack coming into the final day. He was followed by Andres Ojeda, who bubbled a seat in the final, they took $32,320 apiece. John O’Shea and Andreas Torbergsen departed next, which left four.

Yuri Dzivielevski went out next and the online pro was the last player to leave with less than six figures. Swedish legend Viktor Blom took third place, finally locking up his first major result of the series after several attempts. 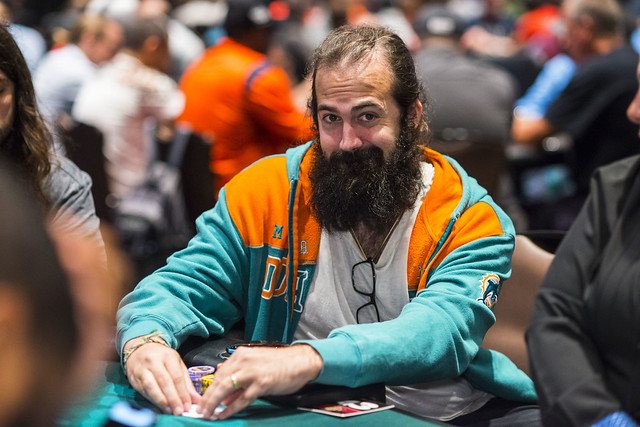 That left two and Day 1a chip leader Linus Loeliger, a high stakes cash game specialist, was going head to head with American star Jason Mercier. Their match was short-lived and rounded off a very speedy final table that took just 90 minutes to play out, with Mercier the one to go all the way and bag himself the title, trophy and big cash prize for the result.

There were only six left of the 269 entries, but the average stack was still pretty deep, and it took almost four hours to play down to a winner. Frank Lillis came to the final second in chips but converted his stack into a win after defeating Patrik Sundvik heads up and between those two, they took a hefty share of the $403,500 prize pool. 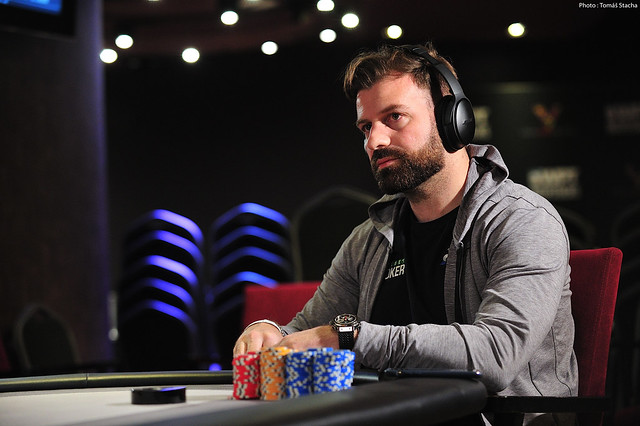 Moldovan pro and Day 1a chip leader Pavel Plesuv fell in third, with partypoker’s own Kristen Bicknell laddering up to 4th place after starting at the bottom of the chip counts. WPTDeepStacks runner up Alexandre Reard came in 5th but won a touch more than Bicknell due to the big bounty he collected, while David Tovar Lasierra hit the rail in 6th place.

There were 39 players still in contention of a huge 1,367 field when play resumed at 6 pm* last night. Most of the most recognisable players were eliminated outside the final table, with Parker Talbot (24th), Amichai Barer (19th), Sam Grafton (18th), $215 Mini 6-Max Bounty winner Dragos Trofimov (14th) all running deep but not getting as far as they would have liked.

The first of two one-day events to get underway last night attracted 189 entries that far exceeded the $75,000 guarantee and putting $92,500 in the pot. Andres Gonzalez De Agustin came out on top after eliminating the final obstacle, Josh Hall, who took the runner up spot for his fantastic run.

More than double the prizepool was collected as 906 players descended on the Mini event with the hope of winning a share of the $45,300 pot. Niklas Ehrenholz gave it his best but fell at the last, to take runner up as Fausto Tantillo took the win.

Daniel Bowden, Ryan Yearsley, Pascal Grégoire and David Patz ran deep too and netting themselves a place on the final table, at the expense of Borislav Yosifov (7th), Gregorios Papadopoulos (8th) and Emil Olsson (9th), who added a soft FT bubble to his pure FT bubble in the $530 event..

With at least one starting flight per day for the next five days, there are still plenty of opportunities to get involved in this $3,000,000 guaranteed event! So far 1,344 registrations have been logged in the WPTDS and 4,084 in the Mini WPTDS. 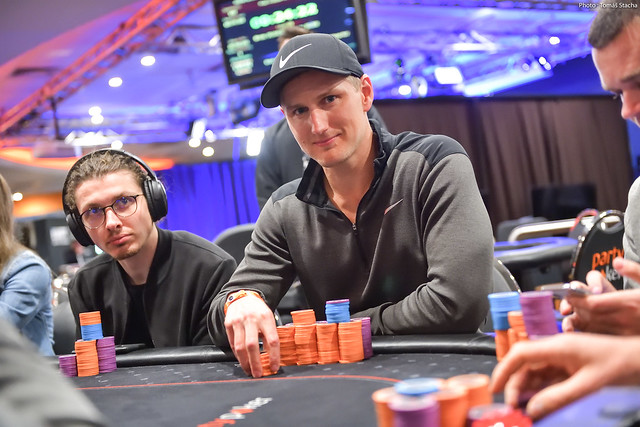 A total of 719 entries were counted in the Mini WPTDS and of those, exactly 100 progressed. George Mavrikkou (749,644) and Jens Lakemeier (648,379) finished first and second in the counts, while Shankar Pillai, Fabrizio Gonzalez and Amichai Barer chipped up into the top ten.

The ‘Mini’ tournament offers an incredible potential return, with a $1,000,000 prize pool so there were some big names in attendance. Of those, Davidi Kitai, Kiryl Radzivonau and Rui Ferreira will return on Tuesday for round two. 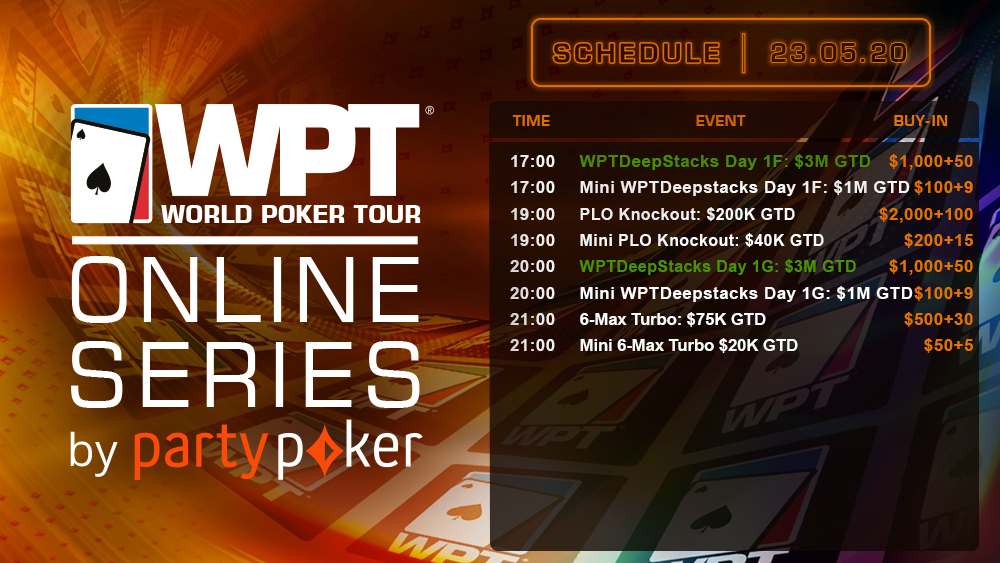 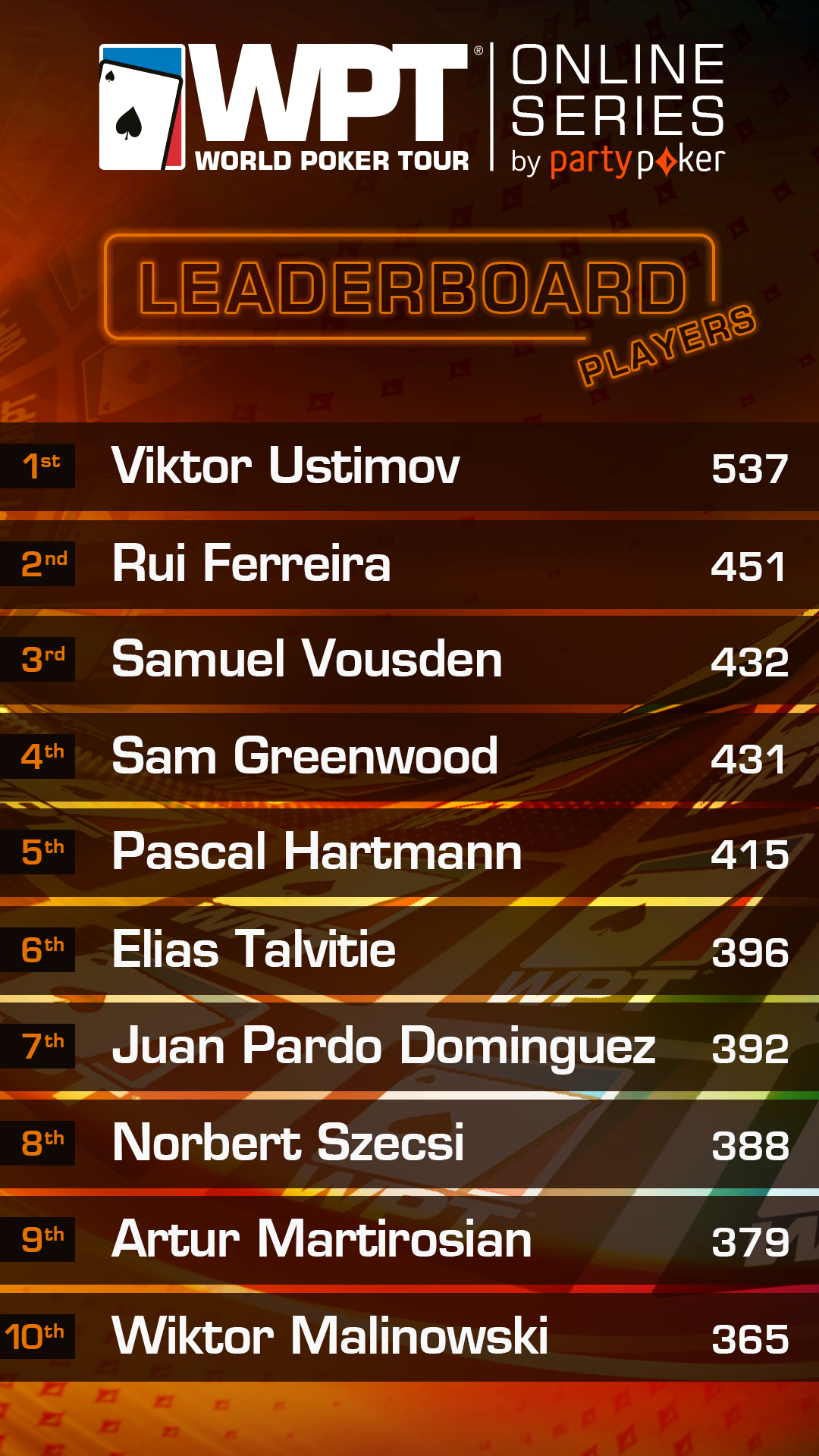 There is no change in the Leaderboard standings, with Viktor Ustimov, Rui Ferreira, Samuel Vousden, Sam Greenwood and Pascal Hartmann remaining in the top five spots.