Following on from the incredible WPT Online Championship, it is time now to focus on the last (but certainly not least) of the three flagship events – the WPTDeepStacks! The $1,050 event is gaining momentum with four of the starting flights already in the books, as we build towards the second day, which takes place next Tuesday, May 26. With $3,000,000 guaranteed in the prize pool, this is certainly one not to be missed.

In addition to all of that, two more trophies were handed out last night, as the 8-Max and its little brother the 8-Max Mini concluded – plus several more tournaments got off the mark last night too, including a star-studded $10,300 PLO High Roller.

The first of the trophies went to Philipp Hofbauer in the 8-Max. He takes down the title, as well as almost $60,000, after beating Enrico Camosci heads up. The one-to-one battle rounded off over four hours of poker action that ended without a deal, securing Hofbauer the largest chunk of the prize pool possible. 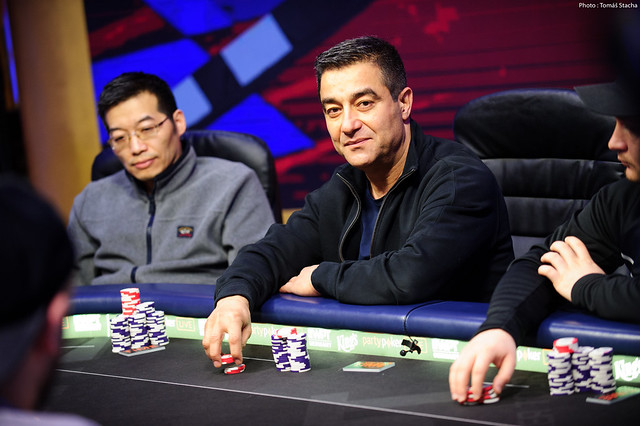 55 players returned last night to try to a portion of the $106,000 prize pool and over the course of seven hours, they were reduced to two with Lee Jack representing Great Britain and Gustavo Mastelotto Brazil. Once again there was no deal and the two players went head to head for the $5,000 difference in prize money. Jack came out on top as Mastelotto took the runner up position.

Some big names were in contention but couldn’t go the distance, with Tyler Goatcher (14th), Aram Zobian (19th), Robin Ylitalo (21st), Day 1 chip leader Fabrizio D’Agostino (30th), Rui Ferreira (37th) and Fabrizio Gonzalez (39th) all having a go but finishing outside of the final eight. 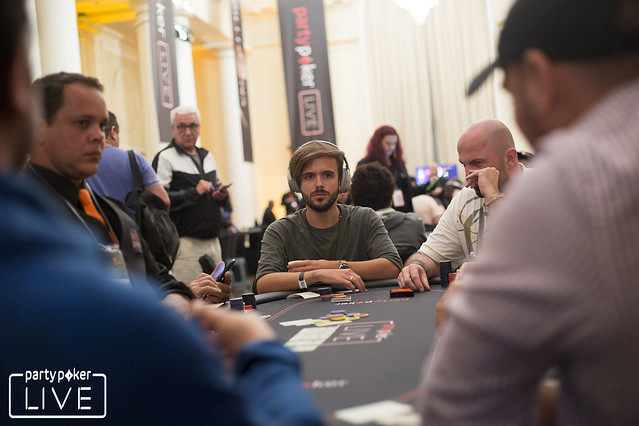 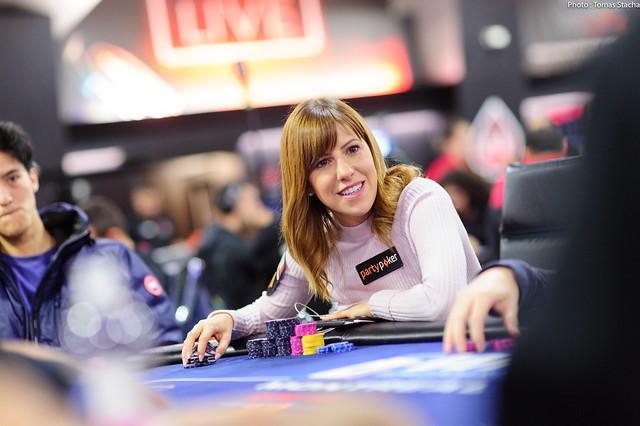 Frank Lillis (2,457,065) bagged the second largest stack. The man to catch, however, is chip leader Pavel Plesuv (2,946,834) who sits in the top spot of the Moldovan all-time live tournament earnings leaderboard. He will be in the best position to achieve that $35,457 (plus bounties) prize for the winner.

Pedro Pérez Gómez bagged a very impressive 3,730,988 over the course of 22 levels and Maximilian Lehmanski (2,520,391) and Elvis Arzic (2,216,843) take second and third places in the counts. Amichai Barer, Sam Grafton, Manig Loeser and Georgos Zisimopoulos are some of the big names to watch, particularly as they each bagged a top-ten stack.

With at least one starting flight per day for the next five days, there are still plenty of opportunities to get involved in this $3,000,000 guaranteed event! So far 1,148 registrations have been logged in the WPTDS and 3,365 in the Mini WPTDS. 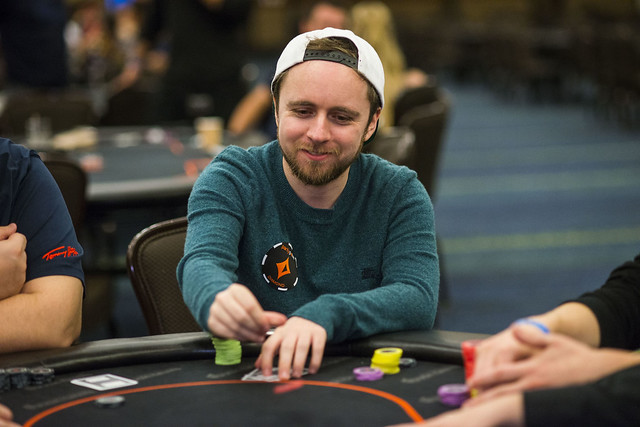 WPTDS UK winner Michael Tureniec is chipped up and Jans Arends, Daniel Wilson and Niklas Åstedt will all return next week for round two. 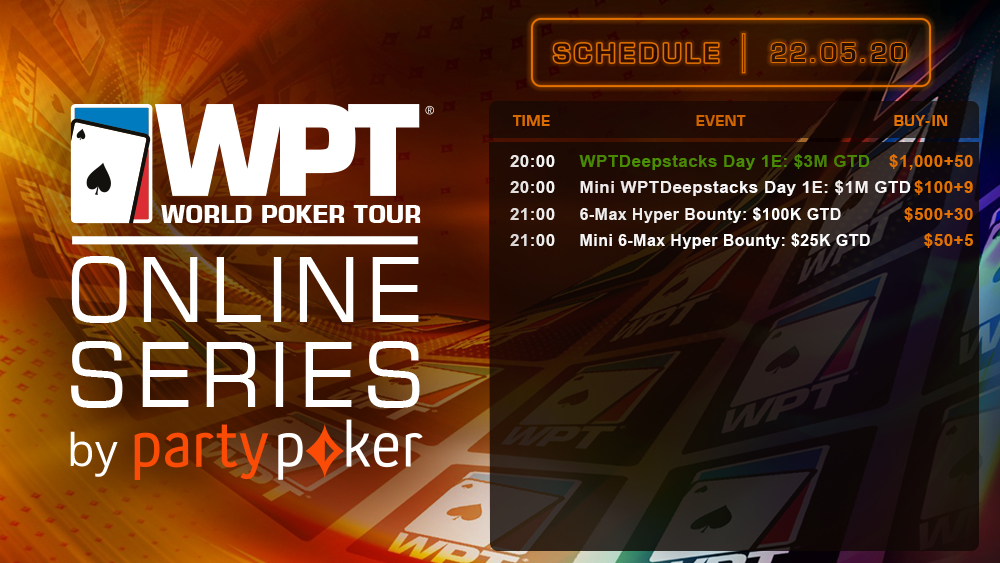 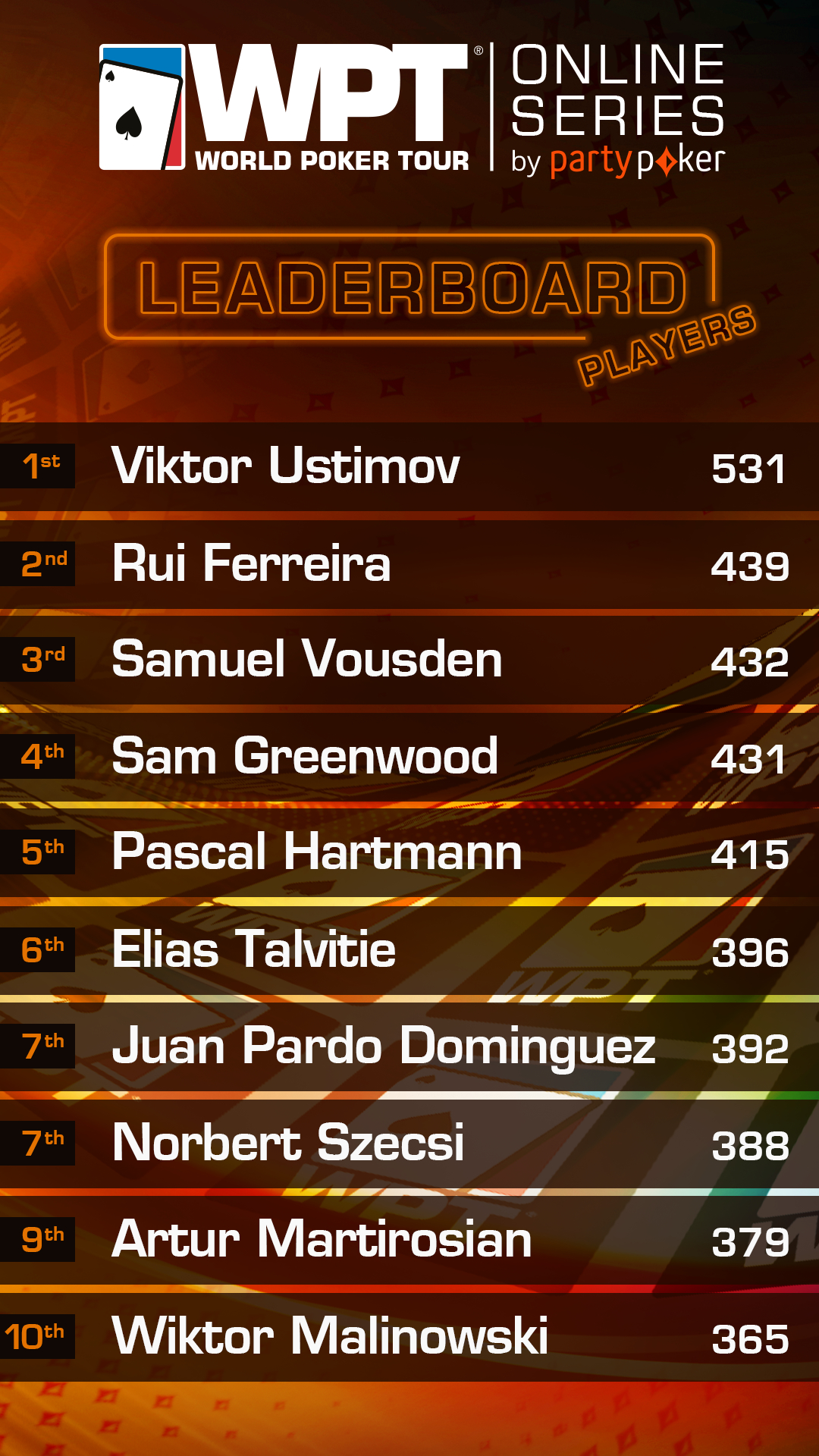 Viktor Ustimov skyrockets into the lead as a result of his second-place finish in the Online Championship two days ago. He is almost 100 points clear of second placer Rui Ferreira who has climbed up two spots since yesterday too. Samuel Vousden drops down into third, while Sam Greenwood and Pascal Hartmann’s final table results in the OC are enough to bring them into the top five as well.