Last night saw the culmination of the $10,300 High Roller, as well as the 6-Max and Mini 6-Max events… and one of them gave us our first WPT Online Series two-time winner!

There were also three tournaments that got out of the starting blocks last night, a $25,500 Super High Roller, $1,575 8-Max and $162 Mini 8-Max, and there’s lots more to look forward to, with some fantastic tournaments getting underway this evening and throughout the weekend.

The High Roller was always going to be a highly anticipated event and with just 11 left when the clock resumed for Day 2 at 7 pm* yesterday, there were some big names still in with a shot of the $281,750 prize for first place. 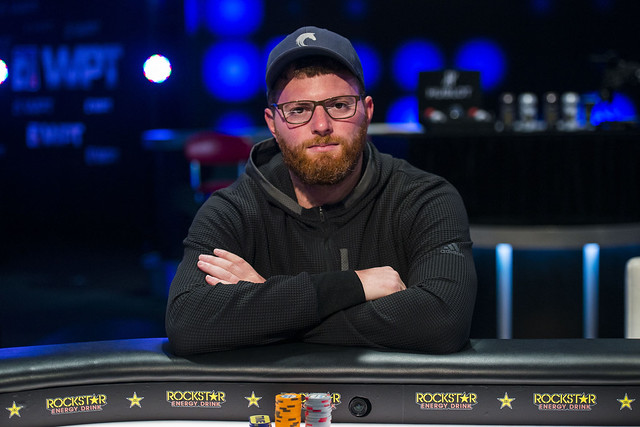 With five left, the two Finns hit the rail next as Elias Talvitie took 5th place and Day 1 chip leader Samuel Vousden was unable to progress past 4th place. Pascal Lefrancois’s deep run came to an end in 3rd, which paved the way for Nick Petrangelo and Wiktor Malinowski to battle it out for the title, trophy, and the $80,500 difference in prize money. The online high stakes specialist sealed the deal, leaving Petrangelo to take the runner up spot.

As reported yesterday, the 6-Max event smashed it’s guarantee when it kicked off on Wednesday. A total of 401 entries had been whittled down to 23 and the battle was a hard-fought one, taking Gustavo Mastelotto six-and-a-half-hours to make it all the way to the top, after he defeated Fausto Tantillo heads up. 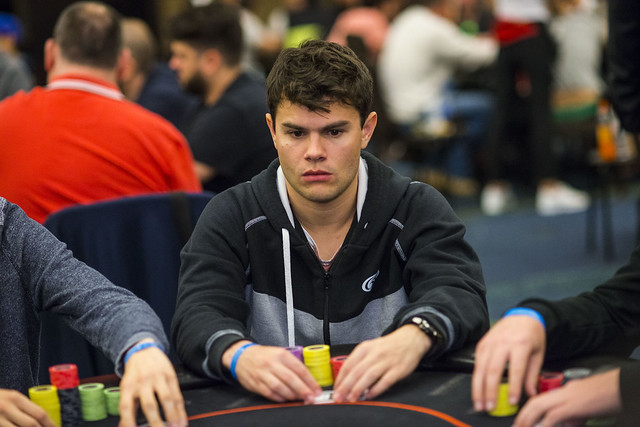 Steven Van Zadelhoff, Day 1 chip leader Alexandru Papazian, László Molnár and Ivan Deyra all made it as far as the final table, while Sylvia Hewitt Mockler bubbled a seat, after she finished in 7th place for $9,825.

Gianluca Speranza (9th), Mini Opener winner Evgeny Galakhov (13th), Thomas Muehloecker (15th) and Romain Lewis (20th) were some of the other notables who couldn’t convert their deep runs in to a final table result.

The conclusion of the Mini 6-Max event was a historical moment for this series so far, banking the first two-time win for any player yet. Vitor Dzivielevski did the double after reigning supreme, the last player standing of a 1,532-strong field. Very impressive considering the huge 2,548 field size the Brazilian triumphed over in the $215 Mini Knockout at the beginning of the festival! Those two results alone have secured Dzivielevski just shy of $80,000 in winnings!

History was made after Dzivielevski saw off the last of his opposition, with Tristan Taylor taking the runner up spot. David Ivers, Tautvydas Tukaciauskas, Arran Fletcher and Belgian pro Thomas Boivin’s fantastic runs also landed themselves a seat at the final table.

The second SHR event in the festival calendar got underway yesterday and, as with the first, the player list was packed with some of poker’s most recognisable names. At the end of Level 20, the 87 runners had been reduced to eight and they will all return at 7 pm to continue their campaign. Each survivor has already locked up a return worth at least three-times the value of their investment, with $76,125 paid to 8th place. They will not want to stop there though, with a huge $565,000 up top for the winner! 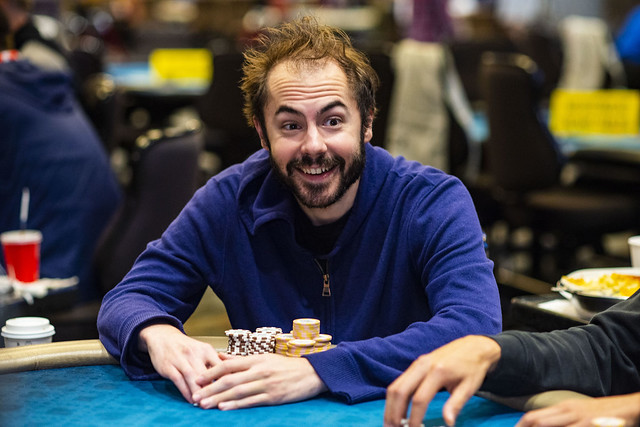 The last two tournaments of the night also far exceeded their guarantees, with the 8-Max drawing a field of 451 to create a $676,500 prizepool. By the time the clock was paused at the end of Level 22, just 22 were left and Phillip Mighall starts in front after accumulating 1,377,145 chips.

The well-known entries didn’t stop there with Martin Jacobson, Sergi Reixach, Mohsin Charania and WPT500 Champion Fabio Sperling among those who reached the money.

As if there weren’t already enough reasons to take part in this incredible value tournament, tonight WPT’s very own Alex Gray will be jumping in to play and you can join her when it kicks off at 8 pm this evening!

With another weekend upon us, it is time for the second series of Weekender tournaments to begin! The format and buy-ins are different to last week, with a $2,100 6-Max and $215 Mini 6-Max on the menu. Day 1a in each play tonight, with Day 1b tomorrow and a Turbo Day 1c flight taking place ahead of the Day 2 final on Sunday. 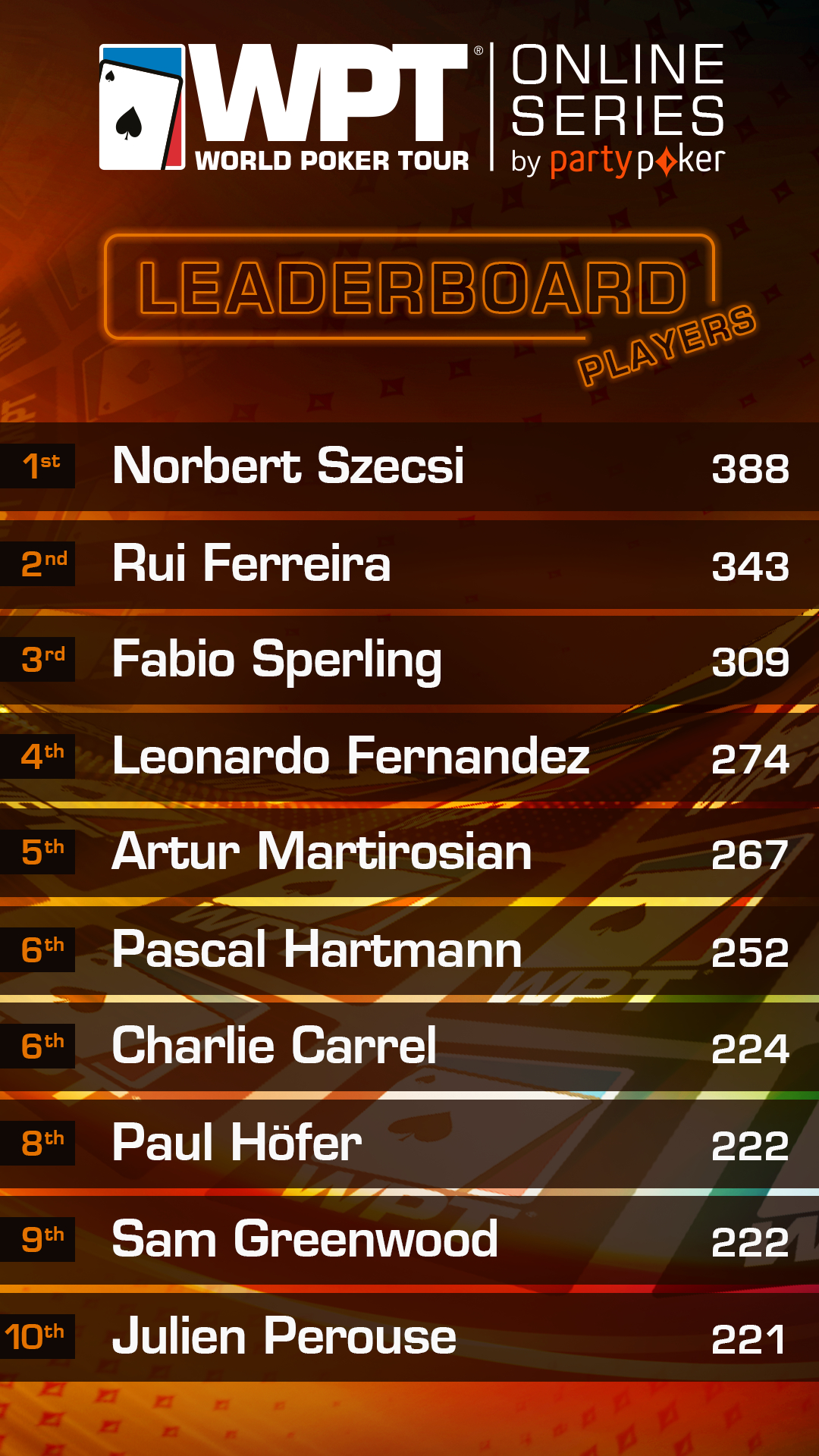 As predicted yesterday, Norbert Szecsi features in the top ten places on the Leaderboard, flying straight into 1st place. That pushes Rui Ferreira, Fabio Sperling and Leo Fernandez down a place each, with Artur Martirosian climbing into the top five for the first time.