With only around two weeks left of the inaugural WPT World Online Championships, three events got out of the starting blocks last night. Those three events will continue this evening, ahead of their conclusion tomorrow, but it was a rare night in the festival indeed with no new winners crowned. This weekend the schedule will be jam-packed as usual but for today, we get to focus on these three events in some detail.

Each week throughout the series, there have been various Weekender events that offer players three two-day events to choose from, with the format changing each week. This week it is a PKO 8-Max and the larger of the buy-ins is the $1,050 Main.

It was an intimate field of just 52 players that took part last in Day 1a last night. That small field put $52,000 into the prize pool, meaning there is some serious value potential up for grabs with only a little over ten per cent of the guarantee generated so far, with Day 1b and Day 1c still to play out.

Back to last night’s action, and 18 20-minute levels were on the clock, which meant players needed to survive six and a half hours of play in order to make it through to Day 2. In the end, just six still had chips and of those, it was online juggernaut Jonathan Van Fleet who finished at the top with 1,239,953. 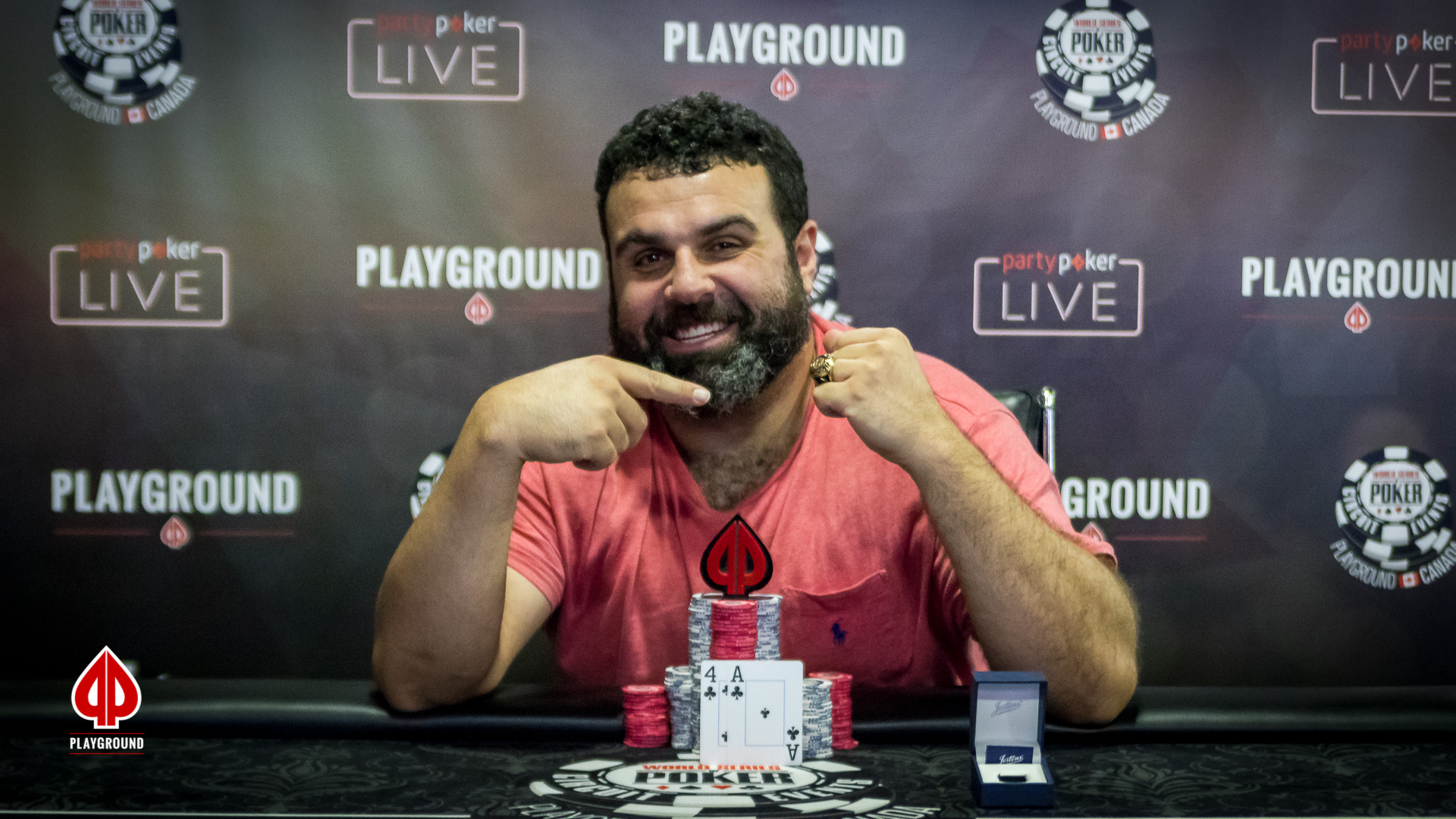 It was an extremely closely fought battle at the top, with Janis Loze (1,227,82) finishing up in second place. Loze appears to be on a heater right now, scoring $104,450 on Wednesday after placing 6th in the Mini Main Championship. Loze matched Van Fleet in terms of eliminations too, with six apiece, though Van Fleet’s featured more in the latter stages of the night, totalling $2,093, compared with Loze’s also impressive $1,875.

Patrik Fahlenbach (7th) was the last player to leave before time was called. The German did make a small return with $1,125 in bounties. Fahlenbach’s namesake, Patrick Serda (8th), went out right before that, taking $750 in bounties but it was ninth-place finisher Harpreet Padda (9th) who went the furthest without managing to win any cash along the way.

Pedro Jorge bagged 1,237,555 but incredibly just $25 in bounties. Jorge, who is playing from Malta, will have plenty of time to rectify that, coming into the second day with 88 big blinds to play around with.

With 492 entries putting $49,200 into the pot, there is once again a great opportunity for players to find value with only a quarter of the guarantee met. Eight-one of those made it through, with Tom Hall (78th) just managing to survive, albeit extremely short with 202,602 chips. That wasn’t the case for Fabio Sperling, who left in 84th place, with $25 in bounties for eliminating one opponent.

Jordan Smyth finished atop of the 1,360 entries after accumulating 2,846,232 chips in last night’s Mini. Smyth also won $44 in knockout cash after making light work of nine opponents. As with the previous two buy-in events, there wasn’t a lot of difference between first and second chip stacks, with Gary Michael Tomney (2,762,811, $39) less than 100,000 behind him. The two players also both hailed from the UK. 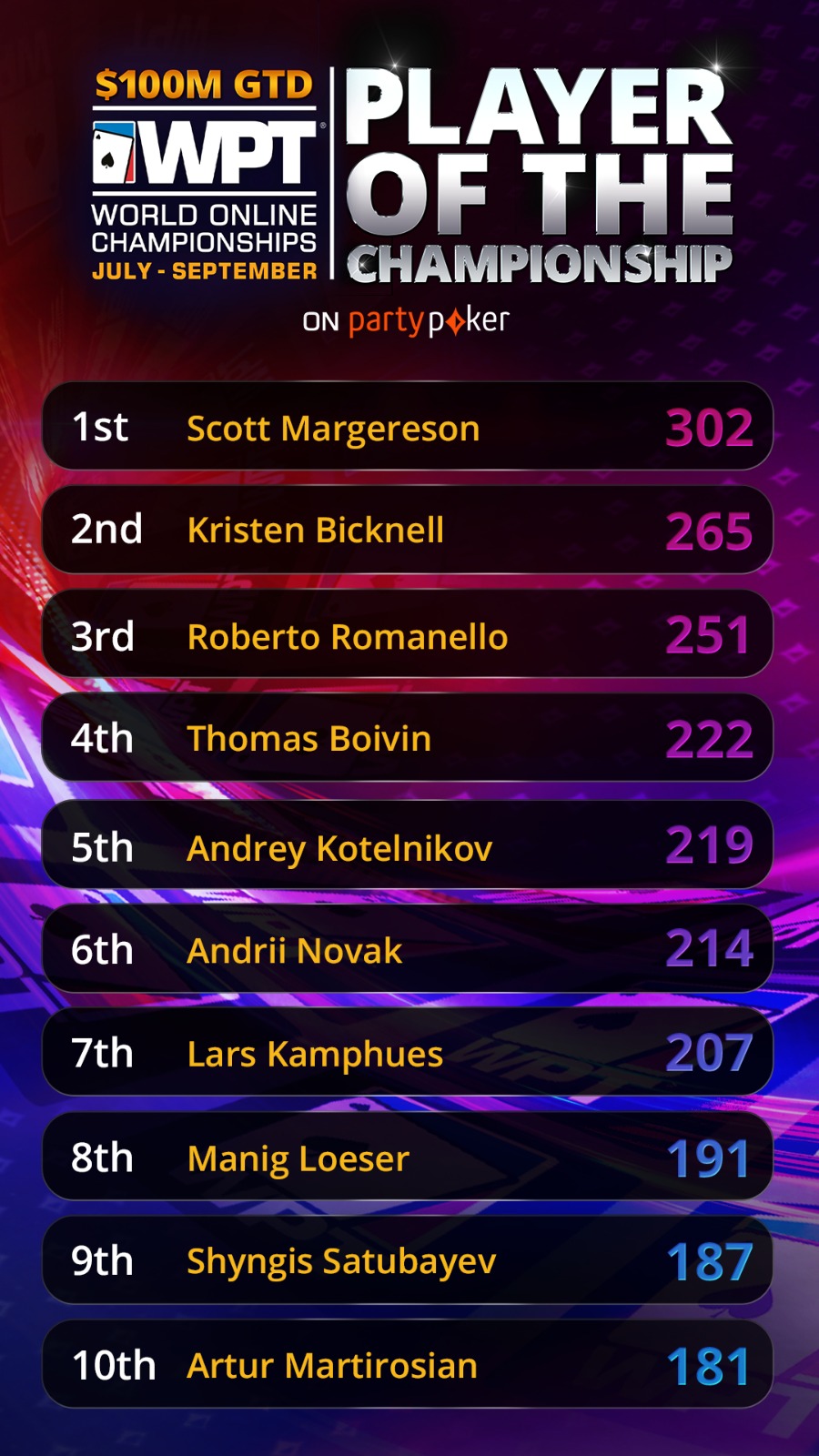 Scott Margereson is still in the lead with Kristen Bicknell in the best position to challenge at the moment. Roberto Romanello’s 11th-place finish in the Mini Main a few days ago has given him valuable leaderboard points that see him jump from 6th to 3rd place. Thomas Boivin and Andrey Kotelnikov take the last two top-five spots. 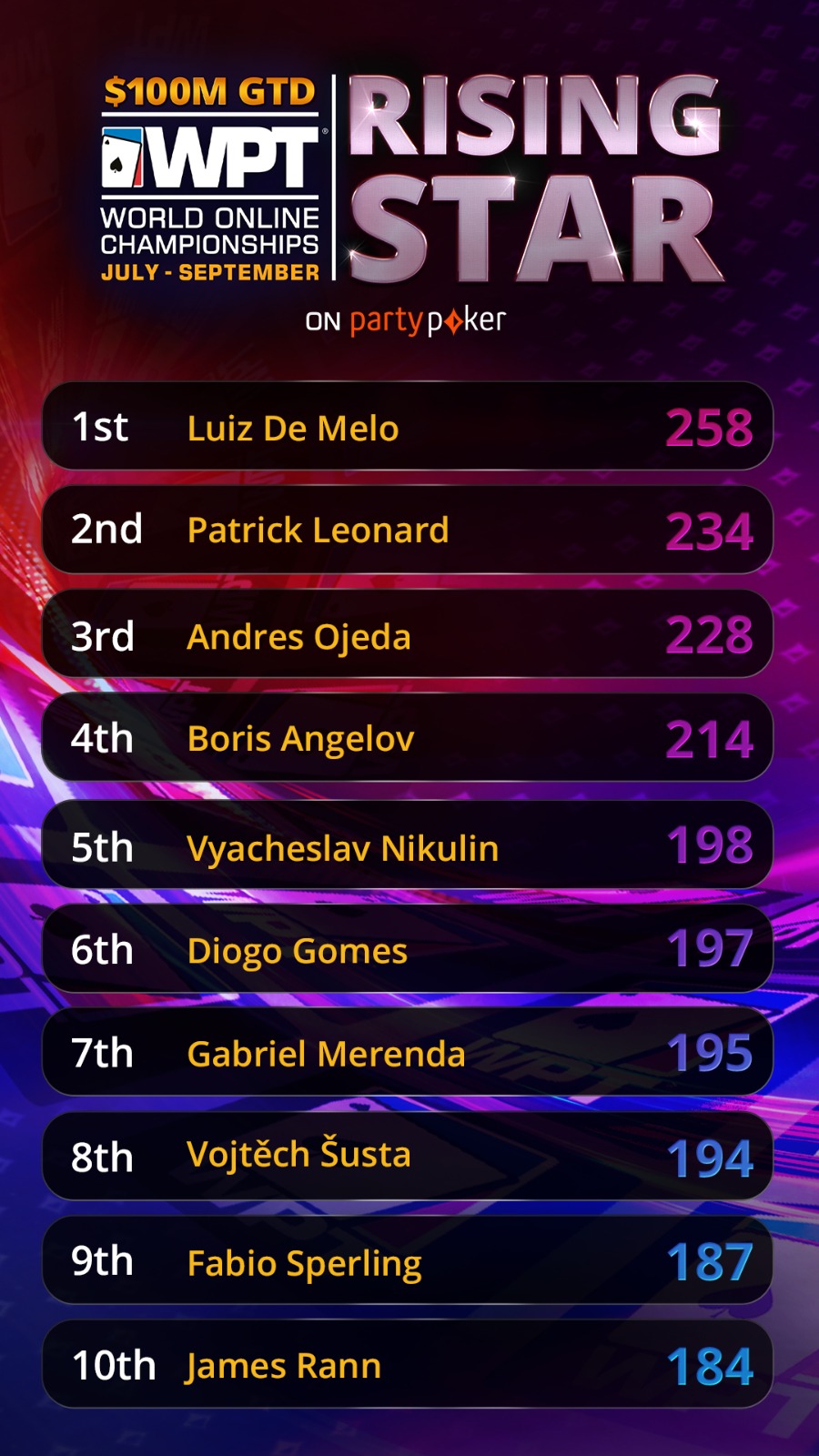 The winner of the Rising Star Leaderboard receives $10,000 – for the Player of the Championship it is $50,000! – and you can read more about both by clicking here. 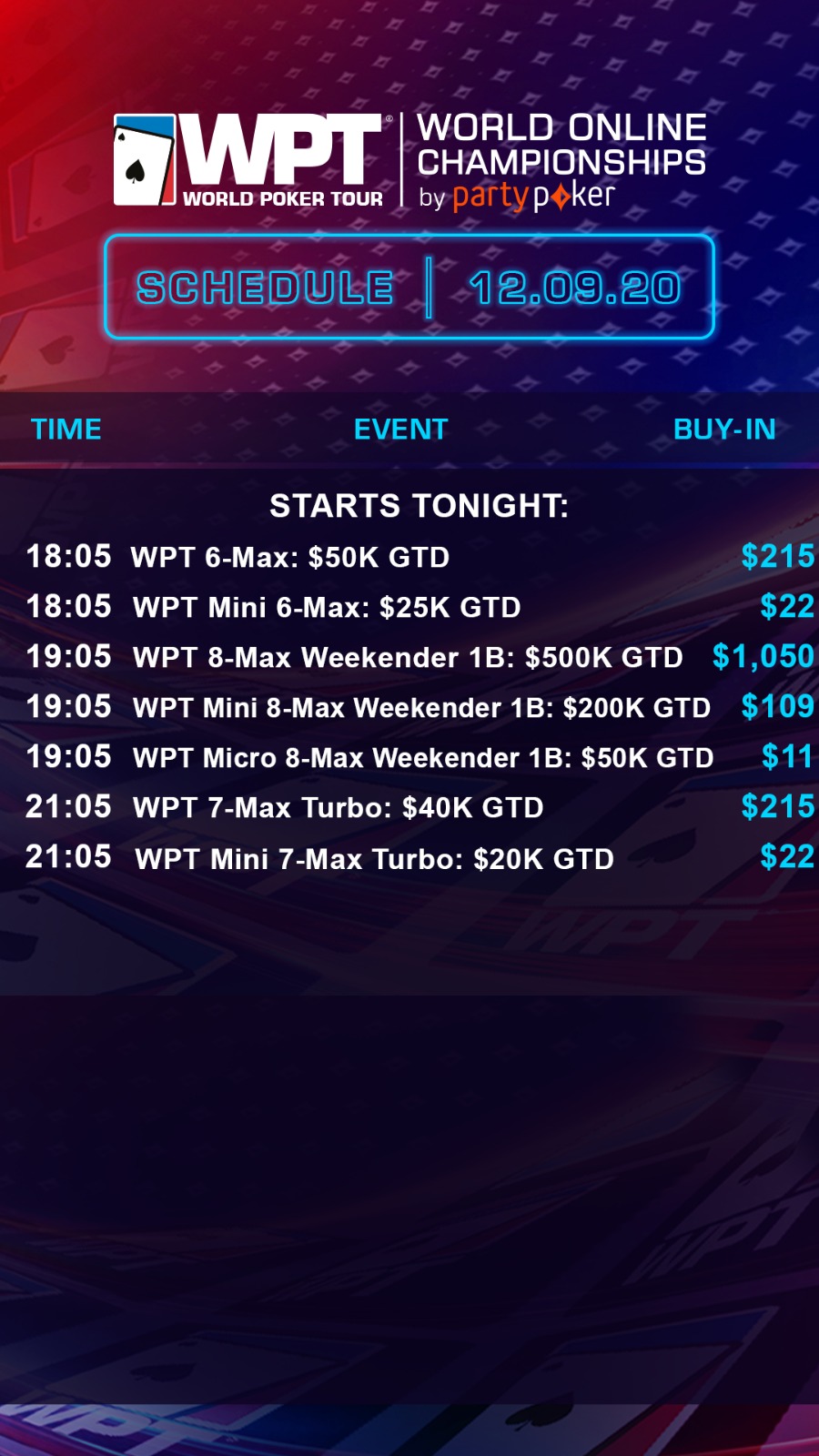