There is a lot to catch up on, with three days passed since the last instalment of your WPT500 Online news. Four tournaments have played down to a winner since then, as well as Days 1c, 1d and 1e in the WPT500 Knockout and Super50 Knockout events.

That means 10 tournaments to review before heading into the last weekend of the series! The final leg of the festival will not slowdown in choice or action, as there will be a whole host of events to get your teeth stuck into before we wrap up and they will be covered at the end. Before that, let’s look at the latest players to enter the WPT history books.

This event belonged to Andras Nemeth ($11,875), there was no doubt about that. Carving himself one-third of the total prize pool in the end, the Hungarian star eliminated an astounding 19 opponents, which accounted for a fraction less than 20 percent of the field!

Nemeth’s bounty winnings as a result were worth more than double the prize for first place, and he banked over $10K more than runner-up Mike Mavrigiannakis ($5,789). The pro is on fine form at the moment, after winning the $5,200 High Roller less than a week ago for $107,282. 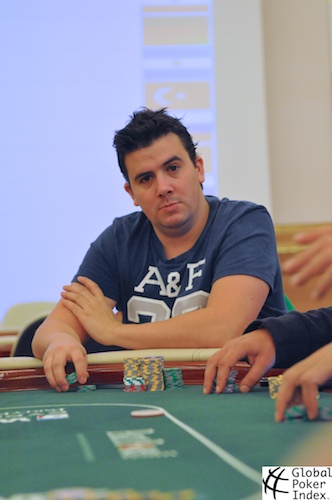 A total of 97 entries were counted, which was three players short of reaching the guarantee and it took 6 and a half hours for Nemeth to lock up the victory, with Dutchman Jasper Wijbenga ($4,510) in third, and two Finns – Ilmari Sukanen ($2,201) and Eetu Sepponen ($2,396) taking the last of the top five places.

Meanwhile, Lachezar Pumpalov was the last player to leave with nothing in the $530 event, exiting on the pure bubble in 18th place, and unable to collect any bounties along the way.

This $162 event had no trouble surpassing the guarantee with 200 registrations putting $30,000 into the pot. Bradley Harwood ($5,290) beat Milan Simko ($3,581) heads-up to round off less than five hours of fast-paced action due to the 8-minute blind structure.

It wasn’t good news for Tomas Lakačauskas who bubbled the tournament in 36th place, but at least the Lithuanian pulled back some of his losses after banking $93 in bounties, which was infinitely better than Dániel Koloszár who left truly empty-handed after hitting the rail in 39th place.

On Thursday night, one side event played down to a winner and this time all the money collected through the 135 entries went into one pot, which was worth $27,000. The clock ran 29 seconds over the five-hour mark and Tom Talboom was the only one left standing by the end, banking $6,049 for his result.

Johnnie Temperley Dowling had done his best to challenge but fell at the last and secured $4,159 for taking runner-up position. Volker Gorzel ($2,933), Vítězslav Čech ($2,014) and Vincent Tremblay ($1,468) all did enough to reach the top five.

Sponsored pro Guillaume Diaz won $779 for 9th place, Brazilian grinder Renan Aziz Alves took $649 for 10th, and Leonard Maue climbed one rung up the money after reaching 17th place. Meanwhile, Britain’s Luc Mcveigh’s departure on the bubble in 24th place ensured a min-cash of $402 for the rest of the field.

The final side event of the last few days took place last night at 21.15 (GMT). Though it featured a turbo structure, this was a Mix-Max event, which meant 8-handed play at the start, converting to a 6-Max format part-way through.

It was a Finland v Canada battle at the end, and the North European nation took the top spot in the end but only after a deal had been agreed, which gave Kim Brander a marginally bigger cash of $6,366, compared with Iana Tcharnaia’s $6,359.

This huge event with a $530 buy-in saw the third flight kick off on Wednesday night. By the end of late registration, 186 players (including re-entries) had stepped up to play, putting a further $93,000 into the prize pool.

André Marques, from Portugal but playing from the Netherlands, came out on top at the end. He accrued 9,884,986 chips, a significant margin ahead of Adil Morkos who turned the 500,000-starting stack into 7,207,987, which was good for second place.

Online legend Bryan Paris came in third. The Twitch streamer who hit $12 million dollars in online winnings last summer, accumulated 6,344,301 in chips, while Cieran Tighe (6,261,842) and Anders Rosquist Kjærgaard (6,108,252) also did enough to finish in the top five. The Dane also finished with the most bounty cashes with $1,375 collected. 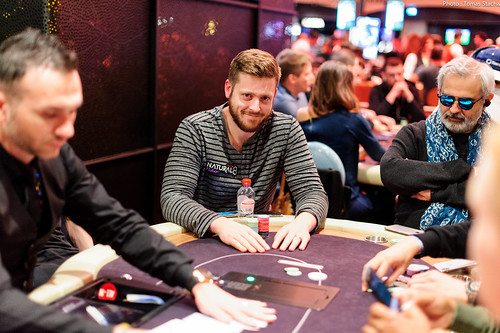 With a $1 million guarantee, lots of big names were attracted to the online felt including WPT WOC Knockout Champion Daniel Smyth (13th, 3,358,518), online pro Simon Mattsson (18th, 2,045,292) and partypoker Millions Grand Final Champion Fahredin Mustafov (26th, 877,401) to name a few, and they all progress with 28 places going forward to Day 2 having guaranteed themselves at least a min-cash.

Aleksandr Shepel had a slightly more productive day than André Marques did, building a stack of 9,973,191 to finish top of the counts. The Russian had to contend with a bigger field of 244 entries, which meant 37 places would progress to Day 2, as well as contributing another $122,000 towards the prize pool. 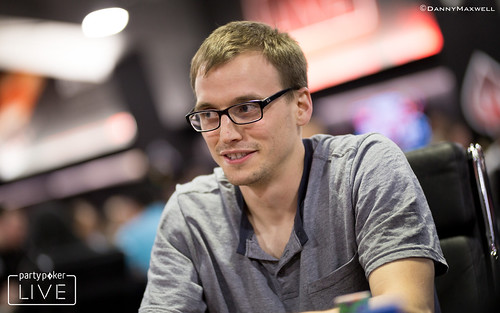 The fifth starting flight took place last night and featured 217 entries and a much more tightly fought contest than we have seen so far. There was very little in it between the top three, but Abdullah Gonulcan (9,375,163) pipped Jorge Abreu (9,258,930) and Paulius Vaitiekunas (9,083,206) to the top spot after five hours of play.

Day 2 in this mammoth event will take place on Monday 22 March, with the third and final day on Tuesday 23 March. The final will be streamed with a 30-minute delay so that you can enjoy cards-up coverage to accompany the commentary of James Dempsey.

The event, which mimics its big brother event in structure, offers incredible value for money and all for the relatively modest price tag of $55. As with the WPT5500 Knockout, this event also guarantees at least a min-cash for all Day 1 survivors and in this particular flight 135 made it through.

The biggest stacks at the end exceeded the size of their predecessors with three players reaching the eight-figure mark. The largest of the lot was built by Brazil’s Caio Medeiros (12,547,023), although Nacer Lhachimi wasn’t far behind at all with 12,330,887 bagged at the end.

The biggest field size was seen last night, when 1,015 players were attracted to partypoker.com. Another $50,750 towards the huge $400,000 prize pool was collected and a bigger field size, meant more players would progress, with the top 152 going through.

As with the Knockout Main Event, Day 2 of the Super50 Knockout will take place on Monday 22 March, with the third and final day on Tuesday 23 March.

Still want to take part in the WPT500 Knockout or Super50 Knockout? Don’t fear, there are still four Day 1 flights coming up in each tournament. They take place today, tomorrow, and Monday (and satellites are running for each flight too), so head to partypoker.com if you would like to be in with a chance of winning a share of those enormous prize pools!